Inbound flights already in the air, however, would be allowed to land, the South China Morning Post reported. 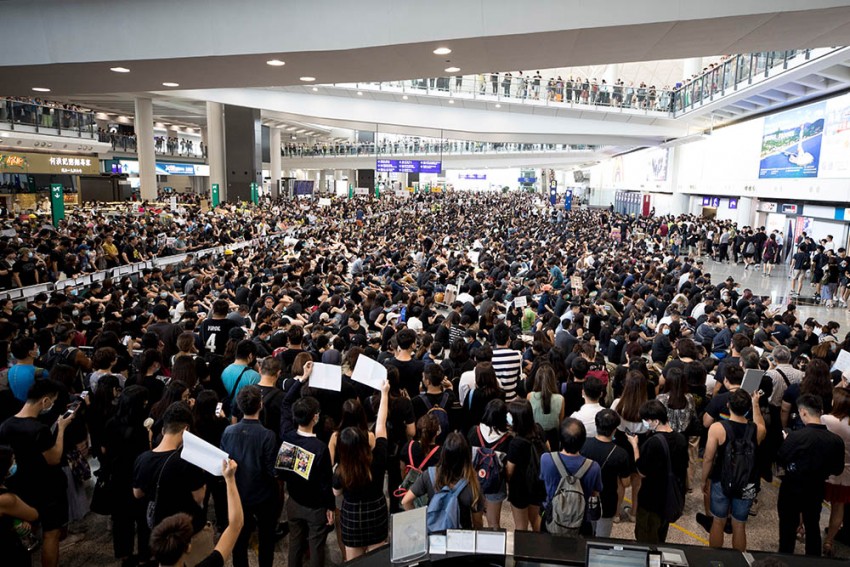 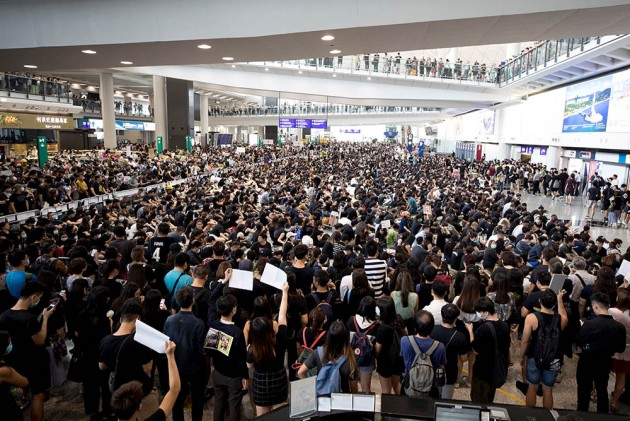 Authorities at the Hong Kong International Airport (HKIA) on Monday have ordered all carriers to cancel flights out of the city for the rest of the day after thousands of anti-government protesters descended on the airport.

Inbound flights already in the air, however, would be allowed to land, the South China Morning Post reported.

Monday's demonstration marked the fourth straight day of protests at the HKIA, one of the world's busiest international airports, as anti-government anger continued.

By 2PM, the Airport Authority heightened security at the HKIA, with access to the departure hall of Terminal 1 restricted to passengers with travel documents and air tickets valid for the following 24 hours.

One hour later, thousands of protesters had joined a sit-in at the arrivals hall.

The city has entered its 10th week of anti-government protests sparked by the now-shelved extradition bill, with continuous sit-ins, rallies and marches, sieges of police stations, and non-cooperation campaigns paralysing public transport.