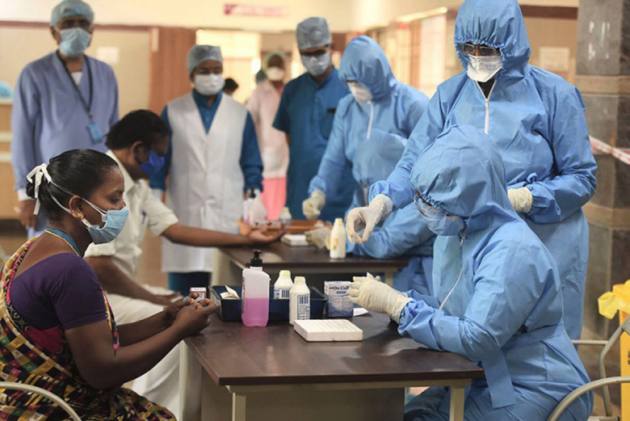 Fever, body ache, a feeling of sluggishness, cough and cold are common symptoms of mild Covid-19 infection. While massive breathlessness and need for oxygen support are usually associated with severe Covid-19 cases, a few patients also report massive inflammation and fatal blood clots. According to new study published in the journal ‘Blood’, such a reaction might be the result of one’s body producing antibodies to fight the disease triggering unnecessary platelet activity in the lungs.

The study, which was published on Wednesday, stated that while such high functioning of platelets may cause fatal bold clots, it is possible to prevent the body from reacting in such a way to the virus by treating blood with active ingredients from different drugs known to inhibit platelet function.

A group of researchers including those from Imperial College London in the UK, who conducted the study, believe that an exaggerated platelet response can be prevented by drugs that are currently used to treat immune system problems

Platelets are small cells found in blood which form clots to stop or prevent bleeding, but abnormal platelet function can lead to serious health concerns such as strokes and heart attacks.

"Until now, we have only had assumptions about why platelets involved in clotting were being activated during COVID-19 infection," said Professor Jon Gibbins, from the University of Reading in the UK.

"The antibodies that are produced to stop COVID-19 from spreading trigger infected cells to induce platelet activity which causes clotting even though there is no wound that needs healing," Gibbins said.

In the latest study, the researchers took antibodies produced to fight the coronavirus’s spike protein, from people with severe COVID-19 infections, and cloned them in a laboratory.

The spike protein helps the SARS-COV-2 virus to infect and enter the human cells.
The researchers found that the small sugars found on the surface of these antibodies were different to antibodies from healthy individuals.

When they introduced those cloned antibodies in a lab to blood cells taken from healthy donors, there was an observed increase in platelet activity.

A trial led by Imperial College London and Imperial College Healthcare NHS Trust is already testing these drugs in clinical trials with patients at hospital sites across the UK to see whether they will reduce serious clotting for hospitalised COVID-19 patients, the researchers said.

The study of platelets in the laboratory establishes important mechanisms that explain how and why dangerous blood clots may occur in severely ill COVID-19 patients, and importantly, also provides clues as to how this may be prevented, they added.
(With PTI inputs)