The Department of Telecom has ordered all telecom service providers to temporarily suspend internet services in Singhu, Ghazipur, Tikri, Mukarba Chowk and Nangloi 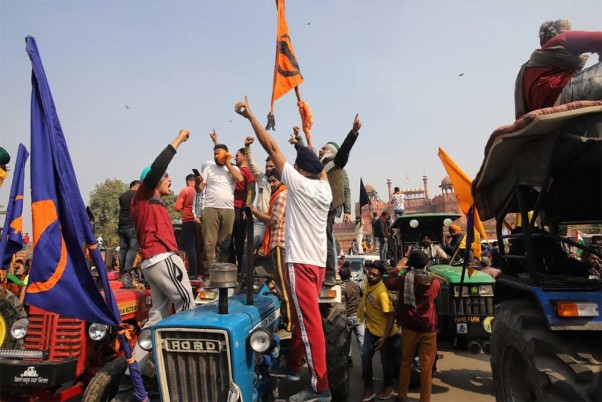 Amidst farmers' protests turning violent in the national capital, the government on Tuesday ordered a partial internet shut down in some parts of Delhi. According to the Department of Telecom, internet suspension has been ordered from 12.00 hours to 23.59 hours on January 26.

The Ministry of Home Affairs announced that the order will be effective in areas near Singhu, Ghazipur, Tikri, Mukarba Chowk and Nangloi.

According to a Department of Telecom spokesperson, internet shutdown order has been invoked by the local law and order administration and not by the department.

People residing close to the protest sites said that they are getting SMSes regarding the suspension of internet service in their area.

The order came in when a group of farmers broke police barricades to force their way into the Delhi. The police personnel then resorted to the use of tear gas to disperse the group of protesting farmers.