The three farm bills are at the centre of a political storm with raging protests from farmers and the Opposition. 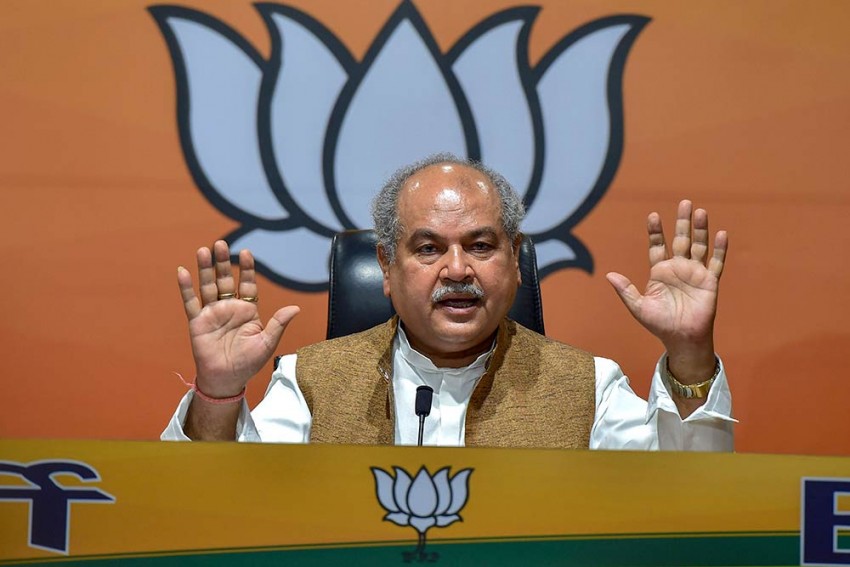 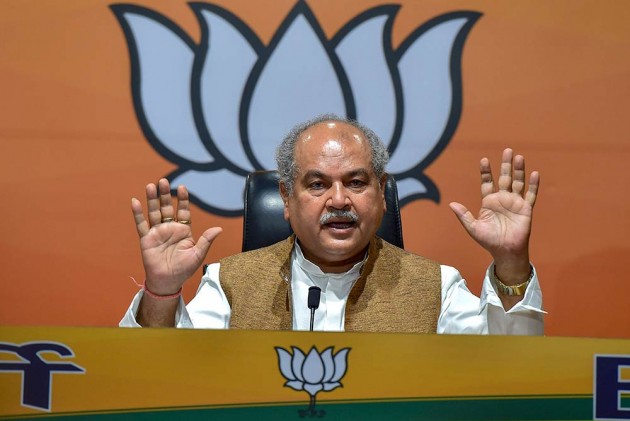 Lakhs of farmers across the country have hit the roads to protest the three new farm bills introduced in the name of agricultural reforms. The farmers believe that these laws will make them a slave of the corporate world. They also fear that the government is also preparing to abolish the minimum support price (MSP), which will worsen their condition. Prashant Srivastava of Outlook talks to Union Agriculture and Farmers Welfare Minister Narendra Singh Tomar in an exclusive interview to know what the government thinks on the issue and what is on its agenda ahead. Excerpt from the interview:

Why was it necessary to bring the three farm bills for the agricultural sector and how will they affect the condition of farmers? How will they help farmers double their income by 2022?

Prime Minister Narendra Modi had taken the pledge to reform the agriculture sector and double the income of farmers in the first term of the NDA government in 2014 and since then this process has continued. The Agricultural Produce Trade and Commerce (Promotion and Simplification) Bill 2020 provides freedom to farmers to sell their produce. Even after 70 years of independence, the farmer was the only producer who was bound to sell his produce only in the local market. With this law, he has got freedom from the market. Now, the farmer can sell his crop from any place and any means in the country. With this, the farmers will not only get the fair price of their crop, but their income will also increase due to reduced transportation costs and avoidance of market tax. Mandis (market place) and APMC Act will continue to function as before. Now, the mandis will also be encouraged for their infrastructural development.

Similarly, Farmers (Empowerment and Protection) Agreement on Price Assurance and Farm Services Bill, 2020 aims to connect farmers directly with traders, companies, processing units and exporters. The farmers will get remunerative prices in every circumstance as the price of their produce is fixed before the sowing through the Agricultural Agreement. Here, I would also like to clarify that the farmers will get additional benefits under this law along with the minimum price if the price increases. Similarly, under the Essential Commodities (Amendment) Bill 2020, a provision has been made to remove grains, pulses, oilseeds, onions and potatoes etc from the list of essential commodities. It will increase the capacity of storage and processing and farmers can sell their crops in the market at a reasonable price. All three bills are revolutionary steps taken under the leadership of the Prime Minister towards increasing the income of farmers. Its positive results are sure to be seen in the future.

Farmers and experts are expressing concerns over possible hoarding due to removal of grains from the category of essential commodities. If this happens, how will the government intervene?

Under the Essential Commodities (Amendment) Bill 2020, it has been provided that these products are exempted from the stock limit except in the event of an exception, which involves a price increase of more than 50 per cent. It is obvious that the government will have all the powers of control as before in the case of price increase and other circumstances. In such a situation, there is not only a provision to stop black marketing and hoarding, but the government intervention is also placed in this law.

The Opposition alleges that the new law will not benefit the farmers but large companies and the private sector. What is your take on that?

The new laws are aimed at reforming the agriculture sector in the interests of the farmers and only farmers. Apprehensions that it will benefit large companies and the private sector are unfounded. Our aim is that private investment should also reach the village and the farmer. It will create competition in the market and the farmer will get direct benefits. Both bills focus only on protecting the interests of farmers.

In the agricultural produce bill, there is a mention of agri product instead of agri produce. It is feared that in future, agriculture will be given the status of industry and tax will be imposed on it. How real are such apprehensions?

Some political parties are talking about such things for their own interest. Farmers are as independent as before. Only additional arrangements have been made to provide them a reasonable price for the produce. The new provisions will strengthen the supply chain. The loss of grains, fruits and vegetables after harvesting will be less. Farmers and consumers will benefit from the small and organised supply chain.

Similarly, in the bill on farming, the dispute settlement system is being described as complex and the Opposition is raising questions about keeping it away from the civil court. How will the government reassure about it?

In case of a dispute under the Agreement on Farmers (Empowerment and Protection) Price Assurance and Agricultural Services, the provision for settlement in just 30 days has been kept at the local level. The motive behind this is that the farmer should not run around the courts and his dispute is resolved within a set period of time. Here I would like to clarify that this system is not complicated but will resolve the dispute easily. The farmers trust this. Those who are raising questions have their political interests. The Congress had brought this provision in its manifesto, but could not implement it due to pressure and lack of will power. There was no Act earlier containing the provision of payment to the farmer within three days.

There is also an apprehension about MSP. The Opposition and the peasants who are protesting in different states demand that a law should be brought to ban procurement below MSP. Is the government considering it?

I would like to make it clear again that the system of MSP has been going on and will continue in future as well. These bills have no relation with MSP. The farmer now has the freedom to sell his grain at the MSP in the mandi or in the open market. Why should a farmer with fruits and vegetables be forced to sell his produce only in the mandis? These bills will also encourage the farm-to-fork system.

Is there any move to change the formula for fixing the MSP?

Recently, our government announced the minimum support price of six crops before sowing of the upcoming Rabi crops. The MSP of wheat has been fixed at Rs 1975 per quintal. This is 106 per cent more than the cost price. Similarly, farmers are getting 50 to 93 per cent of the cost price on MSP of barley, gram, masoor, mustard and safflower. As far as the recommendations of the Swaminathan Committee are concerned, the UPA government did not implement them at all. Our government under the leadership of Prime Minister Narendra Modi is implementing the recommendations of the Swaminathan Committee. Now, the MSP is being decided by adding at least 50 per cent profit to the cost price.

Your oldest ally, Akali Dal broke away from NDA. Parties like Biju Janata Dal and AIDMK also took a different approach on the issue. What are its political implications?

The decisions of Prime Minister Narendra Modi in the interest of farmers have not been taken without considering their political implications. I urge all parties not to pursue political interests in the name of farmers. The reforms that were pending for years in the field of agriculture have been implemented under the leadership of Modiji. Everyone should support this in the interest of the country and the farmers.