The BJP-led government itself has repeated that the NPR was going to be the base for a nationwide NRC. 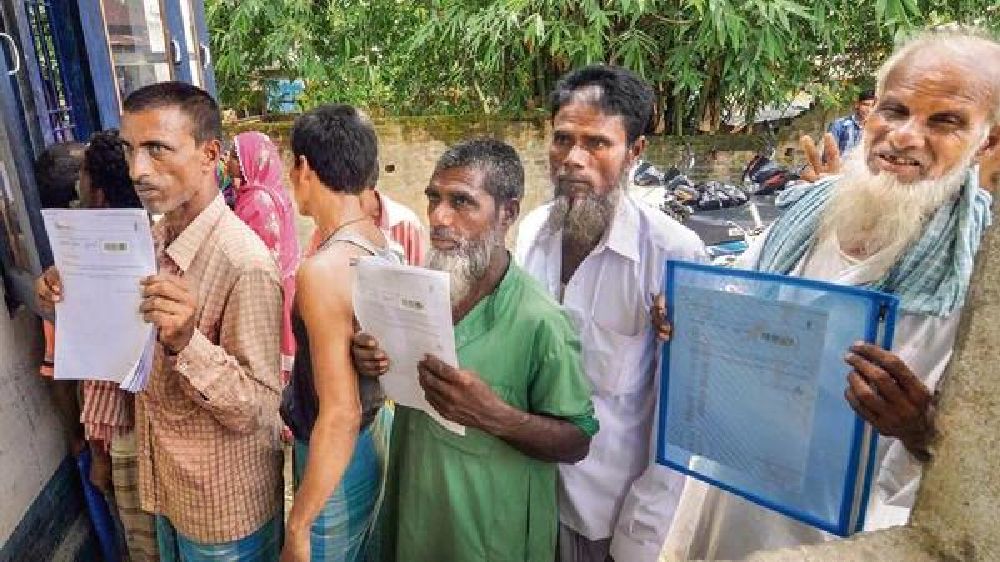 The central government on Tuesday claimed the National Population Register (NPR) had nothing to do with the controversial National Register of Citizens (NRC).

"NPR has nothing to do with the NRC," said Union Minister Prakash Javadekar on Tuesday while announcing that the government has approved over Rs 3,900 crore for carrying out the updating process of the NPR next year.

The same day, Home Minister Amit Shah said the two projects were not linked to each other. He also said the issue of a nationwide NRC has not been discussed in Parliament or Cabinet yet.  However, the NPR will also not be applicable to Assam, as per the government, as it has already conducted NRC exercise in the state.

A reply by Kiren Rijiju, MoS Home Affairs, to a question asked in the Rajya Sabha on July 23, 2014, contradicts Javadekar and Shah's claims that the two projects were not related. Rijiju's reply states an otherwise intention of the government. 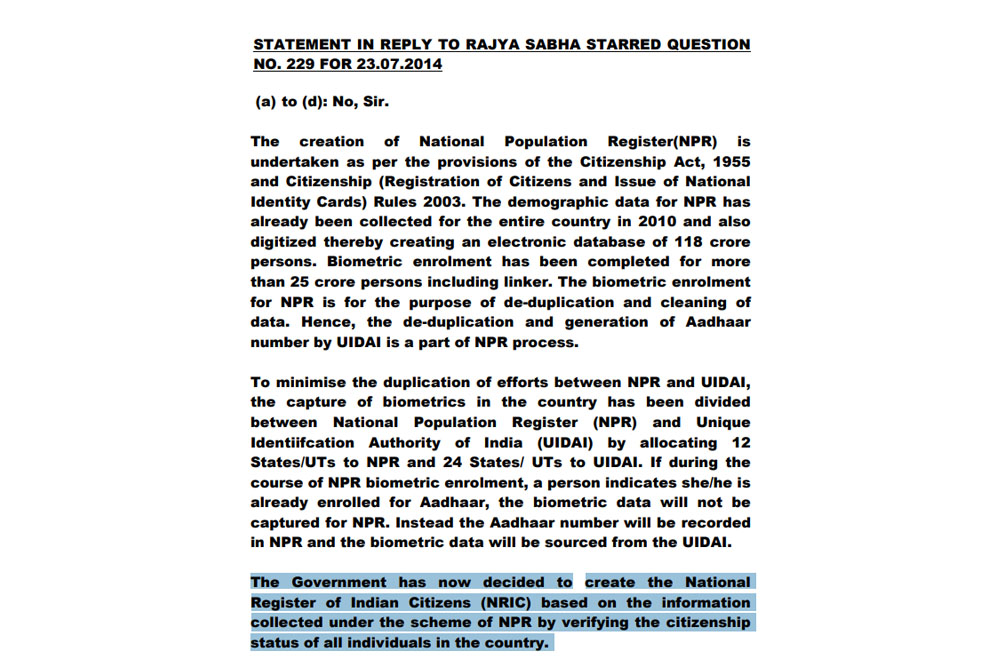 The minister said, "The Government has now decided to create the National Register of Indian Citizens (NRIC) based on the information collected under the scheme of NPR by verifying the citizenship status of all individuals in the country."

He also added, "The demographic data for NPR has already been collected for the entire country in 2010 and also digitized, thereby, creating an electronic database of 118 crore
persons. Biometric enrolment has been completed for more than 25 crore persons including linker. The biometric enrolment for NPR is for the purpose of de-duplication and cleaning of data."

Rijiju reiterated the link between NRC and NPR again in November 2014 in a written reply to Dr. T.N.Seema in the Rajya Sabha. 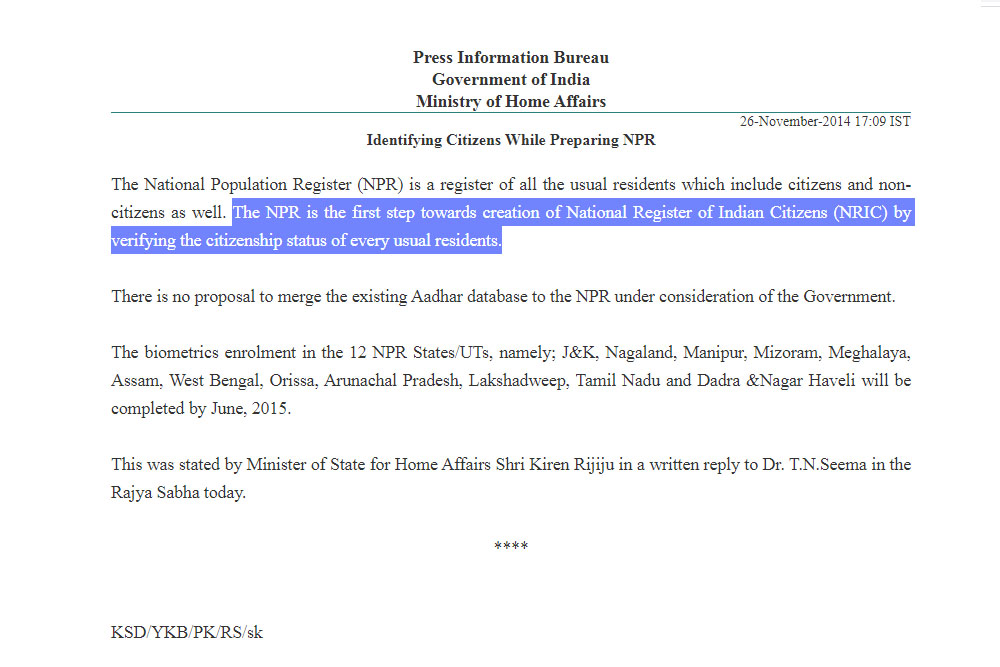 "The NPR is the first step towards the creation of National Register of Indian Citizens (NRIC) by verifying the citizenship status of every usual residents," he said.

MoS Home Affairs, Haribhai Parathibhai Chaudhary, on April 21, 2015, while replying to a question in the Lok Sabha, said: "The objective of creating an NPR is to net all usual residents of the country at a given point of time. This would serve as the mother database for creating the National Register of Indian Citizens (NRIC) by verifying the citizenship status of each and every resident." 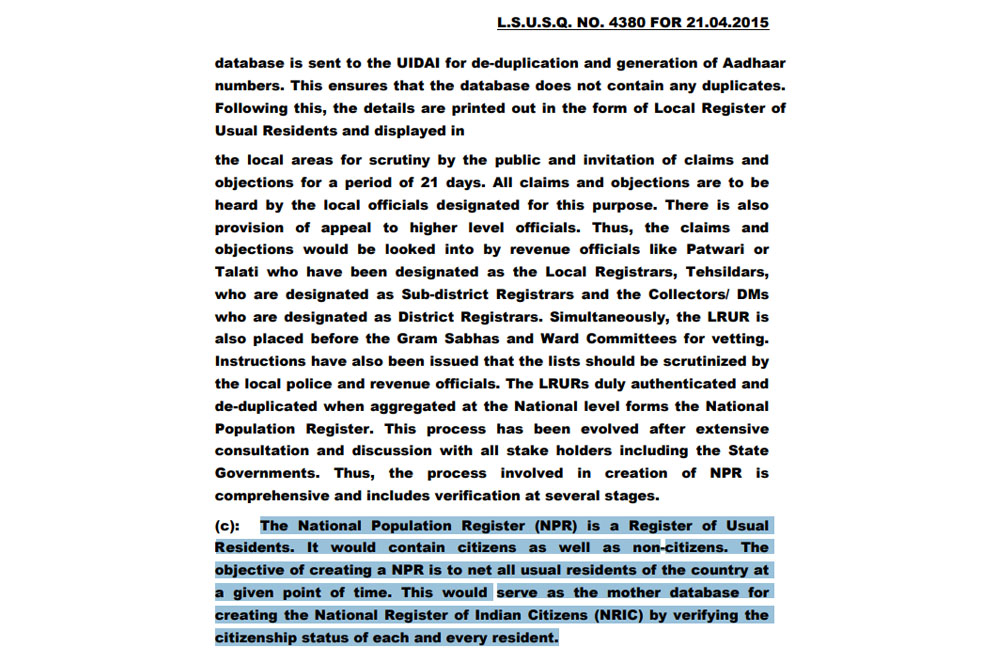 He also said, "It has been decided that National Population Register (NPR) should be completed and taken to its logical conclusion, which is the creation of National Register of Indian Citizen (NRIC) and National Identity Cards would be issued to Citizens by verification of citizenship status of every usual resident in the NPR."