Violence erupted in West Bengal on Saturday after CISF personnel allegedly opened fire after being attacked by locals. 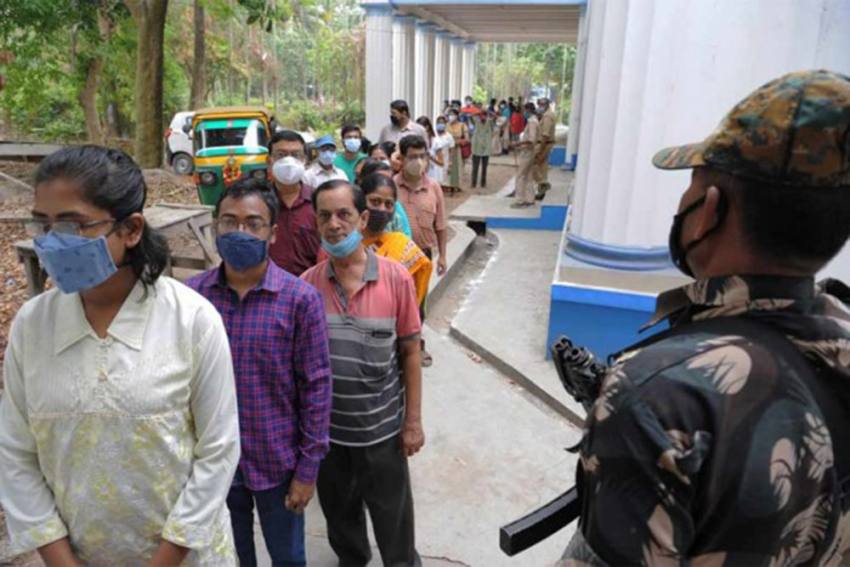 The Election Commission of India on Saturday banned the entry of politicians in the Cooch Behar district of West Bengal for the next 72 hours to prevent possible law and order flare-up.

The Election Commission also put in place certain restrictions, including extending the "silence period" from 48 hours to 72 hours, for the fifth phase of polling West Bengal after violence in Cooch Behar district.

The decision came after four people were killed in the district as central forces opened fire allegedly when they were attacked by locals who "attempted to snatch their rifles" during the fourth phase of voting on Saturday.

"The Election Commission of India further directs that the silence period for phase 5 (i.e. for polls scheduled on  April 17) shall be extended to 72 hours and no campaigning shall be permitted during 72 hours before the close of the poll in order to ensure the conduct of free, fair and peaceful elections," an EC order said.

The silence period is generally for 48 hours.

The order also said that in Cooch Behar, comprising nine assembly constituencies (AC Numbers 1 to 9) where voting will be over by Saturday, no political leader from any national, state or other party should be allowed to enter the geographical boundaries of the district for the next 72 hours.

"This comes into force with immediate effect," the poll panel said.