The RSS-affiliated ABVP won three posts, including that of the president, in Delhi University Students Union (DUSU) elections. 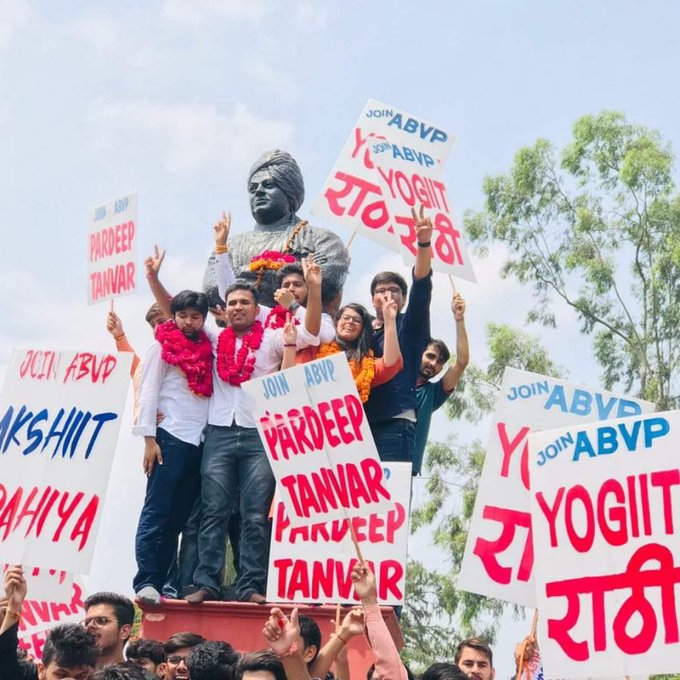 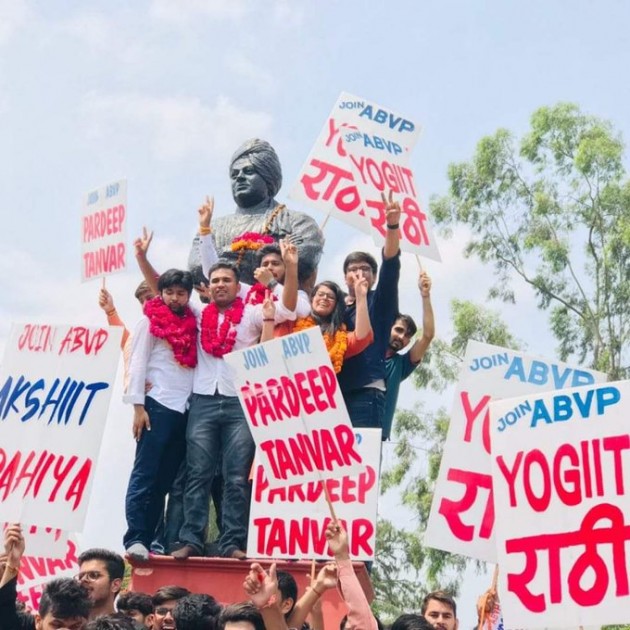 The RSS-affiliated ABVP on Friday won three posts, including that of the president, in Delhi University Students Union (DUSU) polls while the Congress-backed NSUI bagged the secretary's post.

Ashwit Dahiya of the Akhil Bharatiya Vidyarthi Parishad (ABVP) defeated National Students Union of India (NSUI)'s Chetna Tyagi for the top post by a margin of over 19,000 votes.

The posts of vice president and joint secretary were won by ABVP's Pradeep Tanwar and Shivangi Kharwal by a margin of 8,574 and 2,914 votes respectively.

NSUI bagged the secretary's post with its candidate Ashish Lamba defeating ABVP's Yogi Rathee by a margin of 2,053 votes.

The voter turnout in DUSU polls on Thursday was recorded at 39.90 per cent, over four percentage points down from the last year.

Last year, the election saw a 44.46 per cent voter turnout.

The polling for four positions of the DUSU ended amid allegations of EVM malfunctioning. Sixteen candidates, including four women, were in the fray and 52 polling centres were set up.