'Shiv Sena will never come out of BJP's shadow', says Nirupam who was with the party before joining Congress. 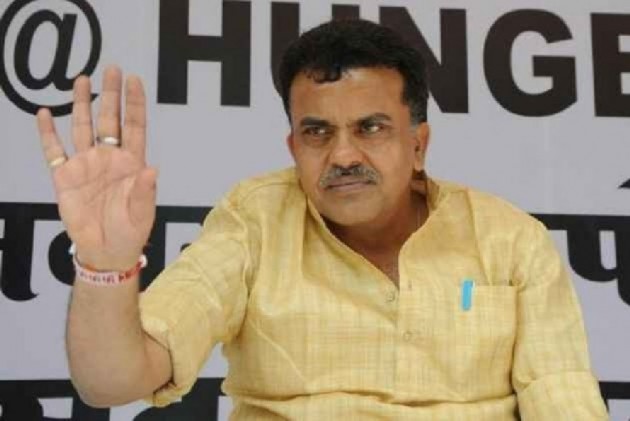 Congress leader Sanjay Nirupam, who has formerly been a part of the Shiv Sena, on Friday warned his party against considering to support the Uddhav Thackeray-led party, which has locked horns with its ally BJP over power-sharing in the next Maharashtra government.

Nirupam criticised Congress leaders who were mulling supporting the Shiv Sena to form the government. He said the ongoing war of words between the BJP and its ally Shiv Sena was nothing but "drama" and the Congress should stay away from it.

Tensions have escalated since BJP ruled out Uddhav Thackeray's demand for the CM post being shared under a 50:50 formula and Sena has refused to budge from its position. The tussle that started after Assembly election results came out on October 24, has delayed government formation even though the BJP-Sena alliance got majority.

Maharashtra CM Will Be From Shiv Sena, Says Sanjay Raut Amid Power Tussle With BJP

"Have they lost? How can some Congress leaders think of supporting the Shiv Sena," the former Mumbai Congress president tweeted.

With the ref of my earlier tweet,I reiterate Congress should not get into #ShivSenaBJP drama.
Its fake.Its their temporary fight to grab more power share.
They will be together again & wl keep abusing us.
How can some Congress leaders think of supporting ShivSena?
Have they lost? https://t.co/Ym6ulQTWuk

"Congress should not get into Shiv Sena-BJP drama. It's fake. It's their temporary fight to grab more power share," said the ex-MP, who is miffed with party leadership over ticket distribution for the October 21 polls.

"To the best of my understanding, Shiv Sena will never come out of BJP's shadow," said Nirupam, who was associated with the Bal Thackeray-founded party before joining the Congress.

He cautioned his party against "flirting" with the Uddhav Thackeray-led party.

"It is going to be a futile exercise. Hope the state leaders realise the truth. Instead, we must introspect why the party lost 2 per cent of votes as compared to 2014 assembly elections.

The rift between Shiv Sena and BJP over power-sharing is not new for the old allies who have always ended up together even after break-ups. Before 2014 Maharashtra Assembly polls, Shiv Sena had ended the alliance with BJP over a power tussle but eventually returned to the fold once BJP fell short of majority and formed government.

Former Congress chief ministers Ashok Chavan and Prithviraj Chavan have spoken about the need for the Shiv Sena to break away from the BJP in case it wants to form a government with their party's support.

However, senior Congress leaders like Mallikarjun Kharge, AICC in-charge of Maharashtra affairs, and Sushilkumar Shinde are against doing any business with the Shiv Sena.

"The Congress and the Shiv Sena are ideologically different and Mallikarjun Kharge has already said there is no question of the two parties coming together," said Shinde, a former chief minister.

Government formation is in a limbo in Maharashtra as the Sena is demanding the Chief Minister's post on a rotational basis and 50:50 division of portfolios.

However, the BJP has insisted that Chief Minister Devendra Fadnavis will continue to hold the post for the next five years.

In the just-concluded polls, the NCP won 54 seats, while its ally Congress clinched 44 seats.

On the other hand, the BJP and Shiv Sena won 105 and 56 seats, respectively, in the 288-member Assembly.