'Insult, Affront To India's Dignity': Congress On Trump's Remarks Ahead Of Visit

In reaction, Congress said that Trump's remarks were an insult and affront to the country's dignity and the government should respond accordingly. 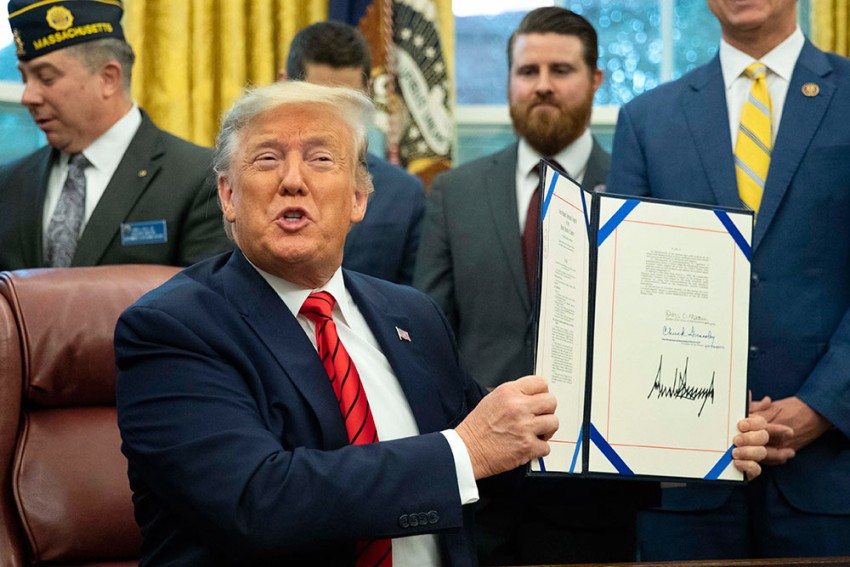 In this file photo, US President Donald Trump holds up the document after signing into law the Supporting Veterans in STEM Careers Act in the Oval Office at the White House in Washington.
AP/PTI
Outlook Web Bureau 2020-02-19T18:40:34+05:30 'Insult, Affront To India's Dignity': Congress On Trump's Remarks Ahead Of Visit 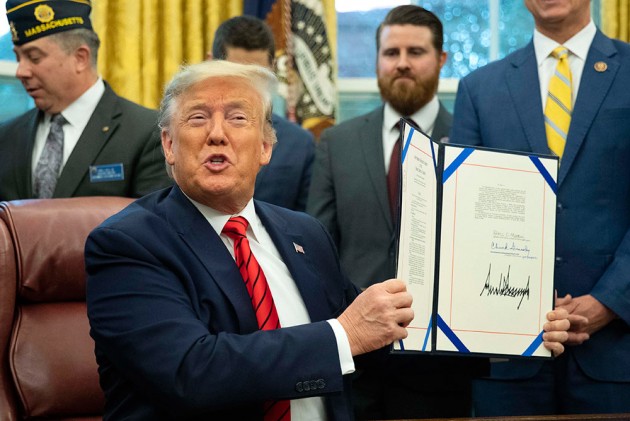 Days before US President Donald Trump arrives in India, Congress on Wednesday took exception to POTUS' remarks that India hadn't treated his country "very well" on the trade front, thereby indicating that a "very big" bilateral deal with New Delhi may not be on the cards just as yet.

Congress said that Trump's remarks were an insult and affront to the country's dignity and the government should respond accordingly.

Congress spokesperson Manish Tewari said the issue is serious as it seeks to undermine the progress made in the last many years as regards Indo-US ties.

He also said that the tone and tenor of Trump's visit seem to be "transactional and not strategic".

"The president of the United States, on the eve of his visit for the first time to India, has made certain remarks. I think it is an insult and affront to the dignity of the country and the Ministry of External Affairs should respond to it," he told reporters.

"We're not treated very well by India," the US president complained.

The US and India could sign a "trade package" during Trump's maiden visit, according to media reports.

US Trade Representative Robert Lighthizer, the point-person for trade negotiations with India, may not accompany Trump to India, sources said. However, officials have not ruled it out altogether.