A prime accused in the case, Pragya Singh Thakur appeared before the court after her victory in the recently concluded Lok Sabha polls but refused to sit in the chair, questioning the cleanliness in the courtroom. 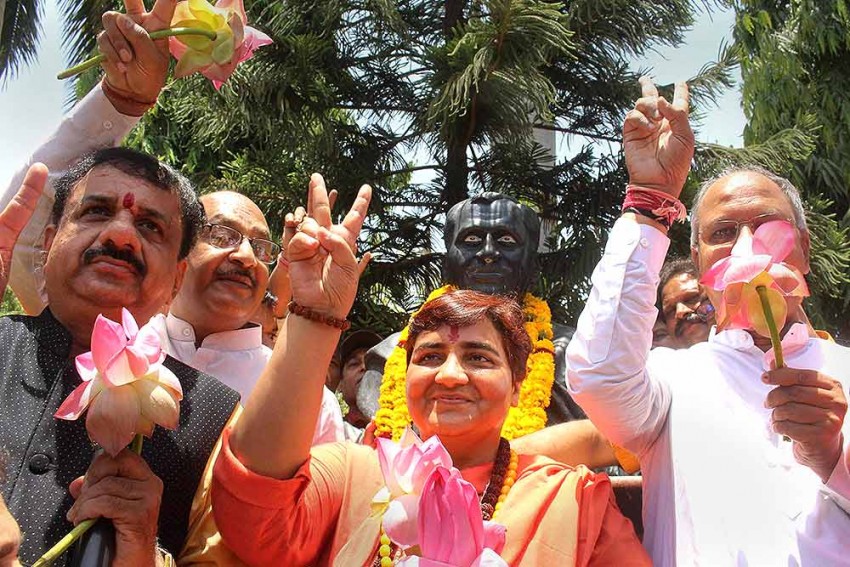 A prime accused in the case, Thakur appeared before the court after her victory in the recently concluded Lok Sabha polls but refused to sit in the chair, saying it wasn't clean enough. (PTI photo)
Outlook Web Bureau 2019-06-07T19:46:12+05:30 'Doesn't Anyone Sweep The Floor Here': Pragya Thakur In Court During Malgaon Blast Trial 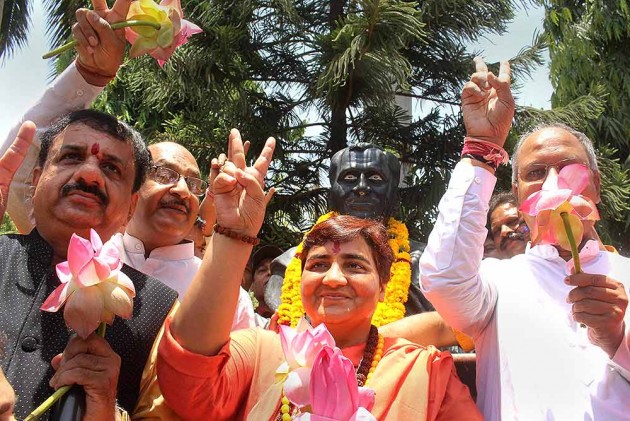 A prime accused in the case, Thakur appeared before the court after her victory in the recently concluded Lok Sabha polls but refused to sit in the chair, questioning the standards of cleanliness in the courtroom.

The MP, who has been given bail by the high court on medical grounds, entered the court around 12.45 pm assisted by her aides, news agency PTI reported.

Initially, special judge V S Padalkar asked her to sit in the enclosure for the accused at the back of the room.

Before she sat on the wooden bench inside the enclosure, her aides spread a red velvet cloth.

Thakur sat there with co-accused Sudhakar Dwivedi and Sameer Kulkarni.

Later, when the judge called her to the witness box in the front and asked if she wanted a chair, Thakur said she preferred to stand leaning against the window.

Recess was called after about 15 minutes. When the proceedings resumed, the judge again asked, "I am asking on humanitarian grounds, (do) you want to sit or stand?"

Thakur said she had a throat infection because of which she had a problem hearing. Then the judge ordered to place a chair near the witness box, saying she could sit if she wanted.

However, Thakur continued to stand near the witness box for the next around two and a half hours.

After the proceedings ended and the judge left, Thakur bemoaned what she called as the "lack of facilities" in the courtroom.

"This is not the way to treat people after calling (them to court)....there is no proper place to sit or stand here," she said.

Pointing to the chair offered to her, she said, "This is the chair to sit? If I sit on it, I would end up on bed (become bed-ridden)."

Saying she was unable to stand for a long time, she wondered what was the judge trying to prove by offering her such a chair.

"Jab tak saza nahi hoti baithne ko jagah do baad main chahiye to fasi de do (Till I am sentenced, provide me place to sit. Later you can hang me if you want)," she said.

Some lawyers wondered why the chair -- which had a cushion and armrest, did not meet Thakur's approval.

Thakur also raised a stink over the cleanliness in the courtroom.

"There is no space to breathe...there is dust wherever I touch... I am allergic to everything. Yahan jhadoo nahi lagti kya (Doesn't anyone even sweep the floor)?" she said.

Her lawyers mollified her saying she can file an application (to get better facilities) and took her out of the courtroom.

They told reporters that Thakur raised these issues because of her medical condition.

District Collector In MP Gives Up ACs For Malnourished Children