Dalit Woman President Made To Sit On Floor During Official Meeting 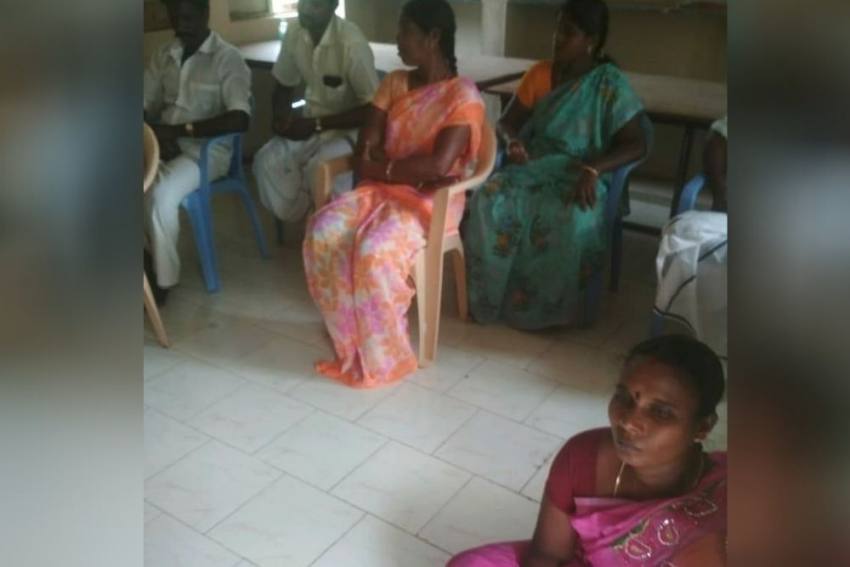 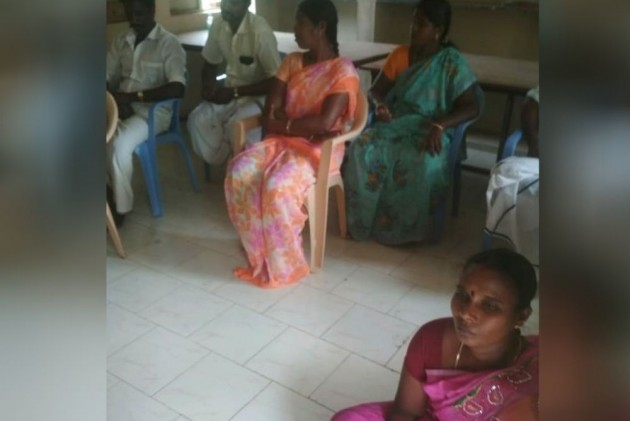 A Dalit woman panchayat president, who was made to sit on the floor, while other panchayat members sat on chairs, has filed a police complaint against the ill treatment meted out to her due to her caste.

The incident happened during a panchayat meeting in July but the picture of the woman Rajeswari, president of Therkuthittai panchayat in Cuddalore district of Tamil Nadu, made to sit on the floor went viral only last week after which she was asked by local political leaders to file a police complaint.

On her complaint the police arrested panchayat secretary Sinduja under the SC/ST (prevention of atrocities) Act and are also looking for the panchayat vice president Mohanraj who had ensured that only he and other members of the panchayat, who are BCs of MBCs, would run the show. “It was on his directions I was not given a chair and was made to sit on the floor. He did not even allow me to hoist the national flag during Republic Day and Independence Day,” she had said in her complaint.

Since this panchayat’s president post was allotted to Schedule Caste during the local body elections last year, Rajeswari was elected to the post while other five members were from BC or MBC. In her complaint she alleged that all the decisions of the panchayat were taken by the five members and she was directed to sign the files.

“Since this has come to our notice only now we will take strict action. The vice-president and other members had threatened to bring a no confidence motion against her if she did not follow their diktat. But after the picture became widely known we asked the local police to investigate who have taken a complaint from her. We will not allow any kind of discrimination in the name of caste in elected bodies,” said Cuddalore District Collector Anbuselvan.

During this year’s Independence Day a Dalit woman panchayat president of Aathupakkam panchayat in Thiruvallur district was prevented from hoisting the flag at a local school by a former panchayat president and his supporters. When this incident was reported in the media the district collector organized a special flag hoisting ceremony for the president at the panchayat office.