Cyclone Fani: DGCA, in an advisory, said the flights are being 'cancelled in advance in order to avoid passenger inconvenience and safety of operations'. 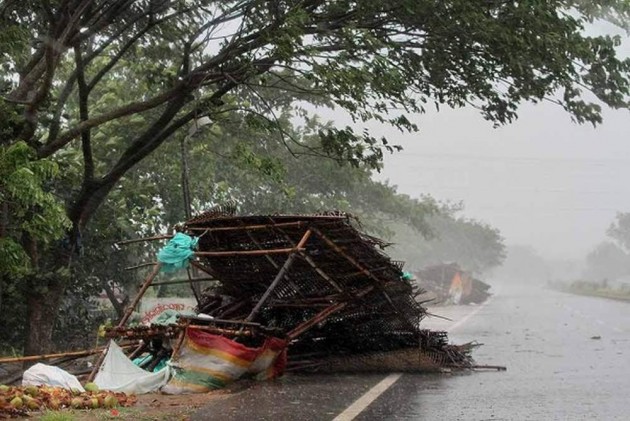 As Cyclone Fani hit Odisha on Friday morning, several passengers across the country were left stranded at various airports.

Indian aviation regulator DGCA had said no flights will depart or arrive at Bhubaneswar airport and Kolkata airport on Friday.

DGCA, in an advisory, said the flights are being "cancelled in advance in order to avoid passenger inconvenience and safety of operations".

Cyclone Fani: Kolkata Airport To Remain Shut From 3 PM Today To 8 AM Saturday

The flights will be resumed after "positive clearance" from respective air traffic control, the advisory said.

An official of Air India said the flyers won’t be provided accommodation because it’s an ‘Act of God’.

Earlier during the day, Civil Aviation Minister Suresh Prabhu had said that all airlines must immediately respond to the concerns of passengers affected by Cyclone Fani.

"We are ready to offer help needed for the stranded due to cyclonic storm Fani. Control room, helplines are manned all times to assist affected passengers. All Airlines must immediately respond to the concerns of passengers," he tweeted.

Packing heavy rain and winds with speeds of up to 175 kmph, cyclonic storm 'Fani' slammed into the Odisha coast Friday morning, uprooting trees and sweeping away thatched huts, as large areas of the seaside pilgrim town of Puri were left submerged.

The extremely severe cyclonic storm Fani made landfall at around 8 a.m. in Puri but thanks to enough advance warning, about 11 lakh people had already been evacuated from vulnerable and low-lying areas of at least 11 coastal districts of Odisha by Thursday.

Cyclone Fani is being billed as the most severe cyclonic storm since the super cyclone of 1999 that claimed close to 10,000 lives and left a trail of destruction in vast swathes of Odisha, according to the Joint Typhoon Warning Centre.

To read the latest updates on Cyclone Fani, click here.