While Maharashtra logged 63,294 new Covid-19 cases, Uttar Pradesh reported a record spike of 15,353, prompting the state government to order the closure of all schools till April 30 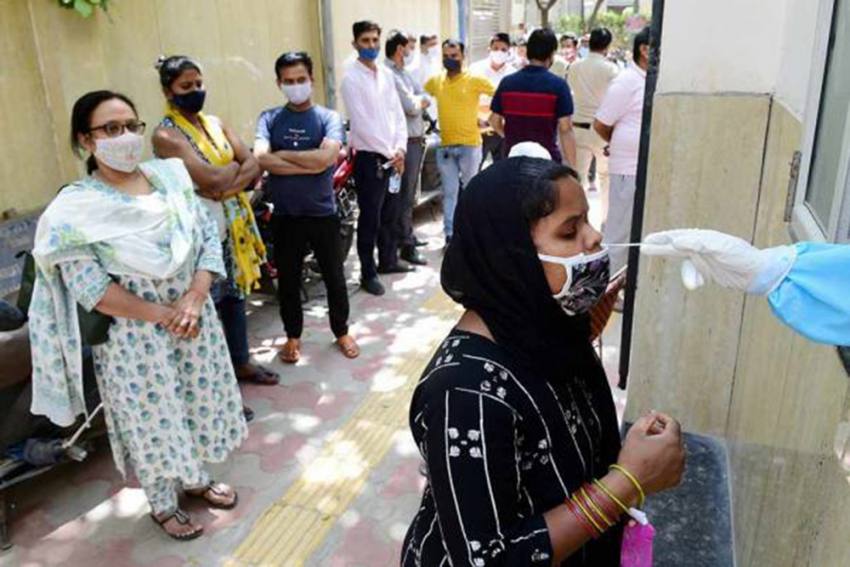 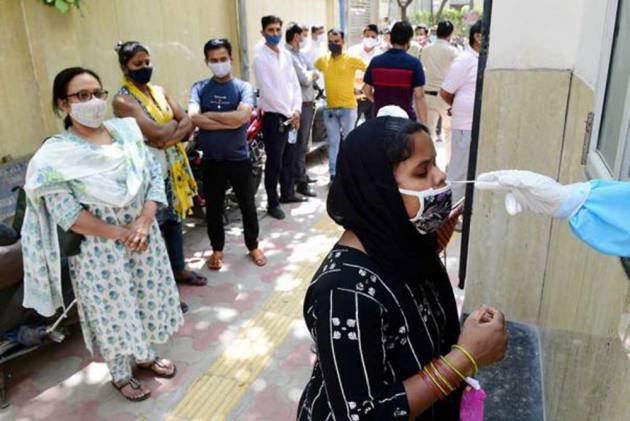 Amid the second wave of the pandemic gripping the country, Maharashtra, Gujarat and Uttar Pradesh on Sunday reported their highest single-day covid-19 spike since the beginning of the pandemic.

The development comes at a time when India is facing a vaccine crunch, with many states such as Maharashtra, Odisha and West Bengal running out of jabs and shutting down inoculation centres.

In a related development, the Centre banned the export of Remdesivir, a key drug used in the treatment of Covid-19.

Maharashtra, which has been battling a massive surge in the number of Covid-19 infections for the past one month, logged 63,294 new cases on Sunday, which pushed its caseload to 34,07,245, the health department said.

The death of 349 patients due to the infection took the state's toll to 57,987. Meanwhile, the state’s recovery count increased to 27,82,161, a statement from the department noted.

As the state reported a record spike of 15,353 new infections on Sunday, the state government ordered the closure of all schools till April 30.

According to a government statement, Chief Minister Yogi Adityanath also ordered the imposition of a night curfew from 9 pm to 6 am in the districts, which have reported 100 new infections in a day or have 500 active cases.

All coaching centres will also remain closed during the period. All government and private schools will remain closed till April 30 while pre-scheduled examinations can be held, the order stated.

The fresh directions came in the aftermath of a spike in coronavirus cases with the authorities imposing a night curfew in Kanpur, Gorakhpur, Gautam Buddh Nagar, Allahabad, Meerut, Ghaziabad, Bareilly, Muzaffarnagar districts and the Lucknow civic body area.

Earlier on April 2, the UP government had extended till April 11 the closure of all schools for students of Classes 1 to 8.

On Sunday, Lucknow reported the maximum 4,444 cases, followed by 1,740 in Varanasi, 1,565 in Allahabad and 881 in Kanpur, the UP government said in another statement.

Of the fresh deaths, state capital Lucknow reported the highest 31, followed by nine in Allahabad, eight in Kanpur, two each in Gorakhpur, Muzaffarnagar and Chandauli and one each in Varanasi, Moradabad, Saharanpur, Ballia, Ayodhya, Lakhimpur-Khiri, Jaunpur, Deoria, Rae Bareli, Ghazipur, Rampur, Basti and Kannauj.

The count of active Covid-19 cases in the state stands at 71,241, the statement said.

Meanwhile, the UP chief minister said an effective Covid-19 vaccination drive should be carried out as a four-day "Tika Utsav" that began in the country on Sunday.

Gujarat reported 5,469 new cases of coronavirus on Sunday, which took its caseload to 3,47,495, the health department said.

The death toll due to the virus went up to 4,800 as 54 patients succumbed to the infection during the day.

Of them, 20 died in Ahmedabad district, followed by 18 in Surat, seven in Vadodara, five in Rajkot, two in Banaskantha, and one each in Gandhinagar and Jamnagar.

The number of active cases in the state now stands at 27,568. Of these, 203 patients are on ventilator support.

As many as 80.55 lakh persons in the state were given the first dose of Covid-19 vaccine, while 10.67 lakh were administered the second dose till date, the release said.

A total of 76 new cases were reported in the adjoining union territory of Dadra Nagar Haveli and Daman and Diu in the last 24 hours, the authorities said in a statement.

Of the total number of 4,058 people found positive for coronavirus in the union territory since the outbreak, two have died, 3,659 have recovered, while 397 cases are still active, the UT administration said in the release.