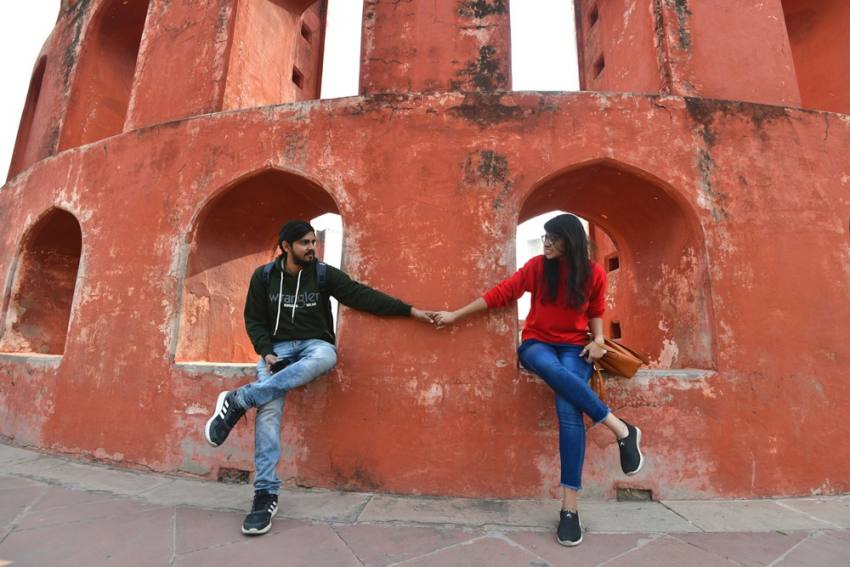 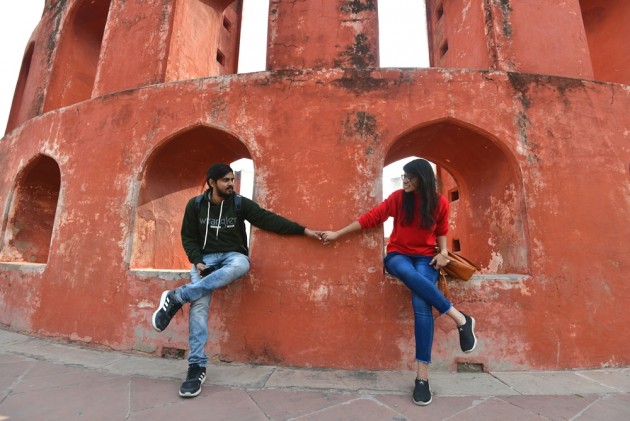 Love, for all its complexities and uncertainties, still remains a simple act of chemistry. And a little bit of fate, perhaps. Or that’s what they would have us believe. But not quite. Ever since Cupid put one of his flowery arrows into star-crossed lovers, their happily-ever-after has never come so easy. Not then, not now. Especially, in India now. Especially, if they happen to be from different religious beliefs. Especially, when a large section of society sees a hidden, sinister design in the union of two adults. Make those consenting adults.

Interfaith marriages may be as old as the institution of marriage itself but they have suddenly become the subject of controversy, and debate, in India with several states contemplating separate laws to deal with what is described with an oxymoron, ‘love jihad’. Uttar Pradesh has hurriedly pushed through an Ordinance to stop religious conversions for the sole purpose of marriage, with penal provisions of jail term up to 10 years and fines up to Rs 25,000.

The Hindu right-wing sees an Islamist strategy to convert Hindu women through seduction, marriage and money—hence the term ‘love jihad’. And BJP-ruled states are rushing to enact laws that would protect the honour of Hindu women. In India’s conservative society, marriages between Hindus and Muslims have always been frowned upon but the State had never bothered to interfere, leaving the matter for families to settle. Until now, that is. 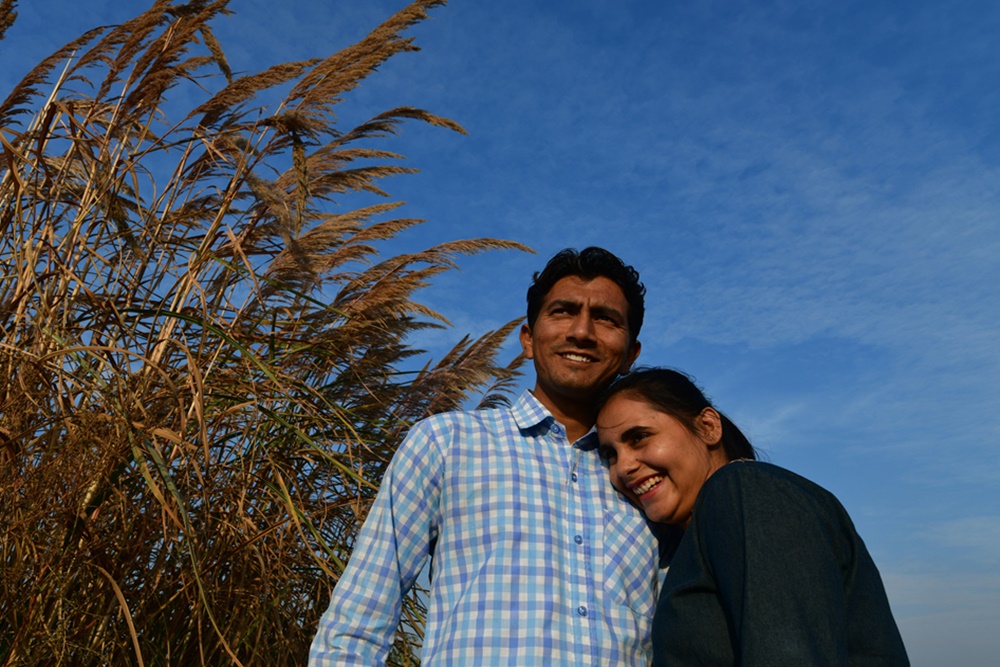 Take the example of Mohit Nagar and Amreen Malik, who had to flee their village in UP’s Meerut and get married in Delhi in July, with help from an organisation, Dhanak for Humanity, which helps couples like them. Mohit and Amreen’s families didn’t approve their relationship, and with growing clamour over so-called love jihad across the state, they had no other option but elope. “What has love got to do with jihad?” asks Amreen, 22, at a loss to understand why society or the government should be bothered about whom she marries.

The Allahabad high court agrees. In a judgment that could have a bearing on the proposed legislation, the court said this week that the right to live with a person of his or her choice irrespective of religion is intrinsic to the right to life and liberty. “Interference in a personal relationship would constitute a serious encroachment into the right to freedom of choice of two individuals,” the two-judge bench said while overruling two earlier orders of the same court. “We do not see Priyanka Kharwar and Salamat Ansari as Hindu and Muslim, rather as two grown-up individuals who—out of their own free will and choice—are living together peacefully and happily over a year. The courts, and the constitutional courts, in particular, are enjoined to uphold the life and liberty of an individual guaranteed under Article 21 of the Constitution of India,” the court said in its judgement in a case related to interfaith marriage.

Even the BJP-led government at the Centre told Parliament in February that there are no reported cases of ‘love jihad’ in the country. The National Investigation Agency (NIA), the National Commission for Women (NCW), and a special investigation team of Uttar Pradesh too had failed to find any evidence of any conspiracy. However, several BJP state governments claim “hundreds of cases” to justify the need for special laws.

Activists and lawyers frown at what they call is a concocted “conspiracy theory”. Social scientist Shiv Visvanathan says that the term ‘love jihad’ is a political idea. “The proposed law is an anti-minority one and there is a redefinition of law and order,” he says.

Senior Supreme Court lawyer Siddharth Dave too says the term lacks clarity and is incongruous in nature. “It can’t be legally defined. You can’t have jihad and love at the same time,” says Dave, adding that such legislation will give more power to police and the State to interfere in an individual's life and choices. Another Supreme Court lawyer M.R. Shamshad feels that the proposed law could make interfaith couples targets of vigilante groups, like what has been happening in the name of cow protection.

For critics of the conspiracy theory, the apex court’s judgment in the Hadiya Jahan case stands out as a beacon of hope. In the 2018 ruling, the SC had upheld the women’s right to convert to Islam and her right to choose a life partner. Nandita Rao, additional standing counsel for the Delhi government, says the new law being proposed will be challenged in higher courts if enacted. “The state is threatening the constitutional rights of the citizens to marry out of their religion. Leave alone the legislation, this language itself is a crime under the Indian Penal Code,” says Rao. Though anti-conversion law exists in some states, Rao argues that it cannot be used as a ground to criminalise interfaith marriages.

For interfaith couples, there is the Special Marriage Act, 1954, which has provision for marriage between people of different faiths without converting. But insensitive officials often turn the very law on its head to harass those in interfaith relationships. 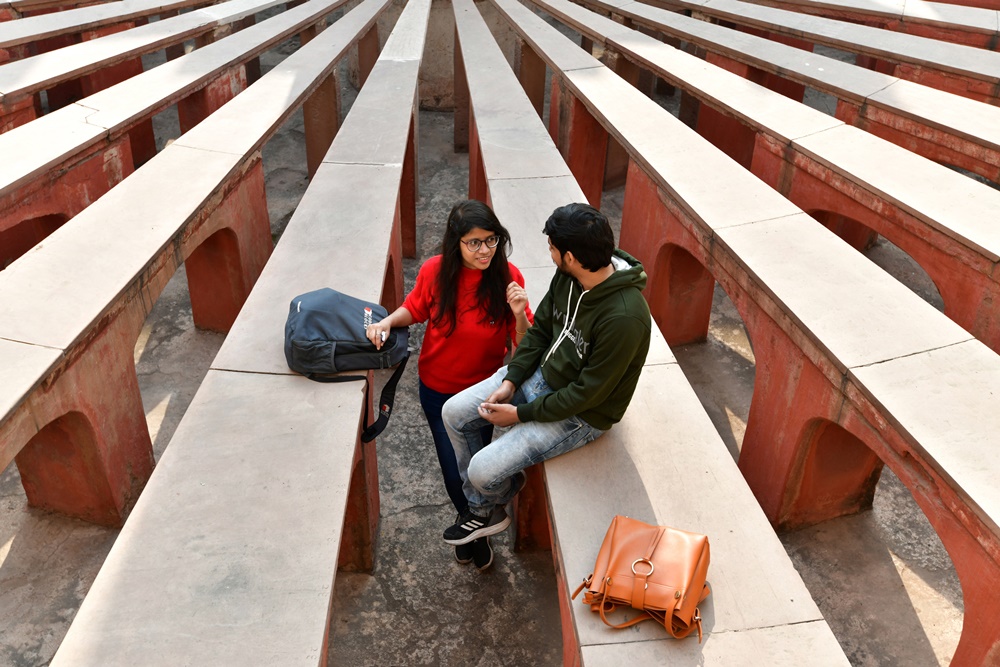 When Ram Singh Yadav and Parveen, both from Delhi, decided to get married after four years of courtship, religion was the last thing on their minds. Both were clear that they didn’t want to convert for the sake of marriage. The couple decided to explore the provision of the Special Marriage Act after Parveen’s family got her engaged to another man. However, when they approached the sub-divisional magistrate in South Delhi’s Dwarka, the response wasn’t very encouraging.

“We applied (for marriage) at the end of February, but when we went for verification, the Dwarka SDM asked us to rethink marriage and also warned us that notices will be sent to our homes. He advised me to convert the girl to Hinduism and conduct the marriage at Arya Samaj,” says Ram, a network engineer.

All hell broke loose when the notice landed with Parveen’s father and soon she was locked up at home. With much difficulty, the couple managed to secure protection from Delhi high court and got married in May. “If legal procedures are made simple, nobody will go for religious conversions (for marriage),” says Ram.

Asif Iqbal, the co-founder of ‘Dhanak for Humanity’ says that since couples have to wait for more than a month for registration of marriage, it leaves enough room for harassment from family and administration. He adds that Dhanak handles approximately 1,000 cases a year, he says. “Interfaith couples are extremely scared as ‘love jihad’ has become a political issue now. The administration also started openly talking about it. It will embolden the police too. Even getting a rented accommodation has become a difficult task for couples these days,” says Iqbal.

He points out the case of a Rajasthan couple, who has taken refuge at Dhanak fearing harassment from both parents and police.

The couple, Salim and Payal (name changed), both in their mid-20s, had to elope when Payal’s parents fixed her marriage for next month with a man of the family's choice. “Both the families wanted us to convert. But we don’t want to do it. If we convert, our love will be lost,” says Salim. The girl’s family has now filed cases against Salim for theft and kidnapping.

As the couple looks forward to registering their marriage under the Special Marriage Act, they are aware that the road ahead is not smooth. “If the police take us back to Rajasthan, our parents will separate us,” Salim says. “Why are people mixing love and religion?”