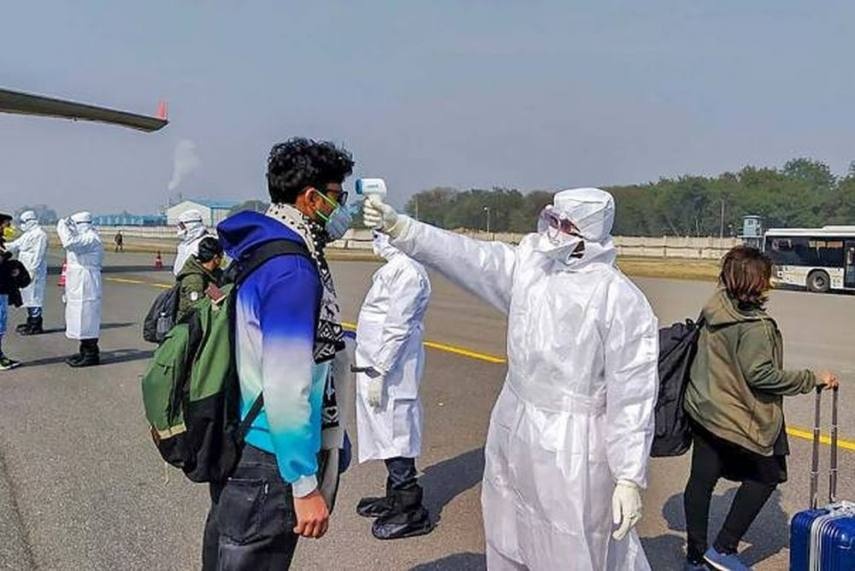 Two passengers who arrived at NSCBI Airport from Bangkok have tested positive for the novel coronavirus, Airports Authority of India officials said on Thursday.

With this, a total of three passengers have tested positive for the novel coronavirus in Kolkata.

Both of them were sent to Beliaghata ID Hospital, he said.

Already two airlines which had direct flights between Kolkata and China have suspended their flights.

Low-cost carier IndiGo has temporarily suspended its flights between Kolkata and Guangzhou from February 6.

"In line with the WHO guideline to contain the spread of coronavirus, IndiGo will be suspending its Kolkata- Guangzhou service from February 6, 2020 to February 25, 2020 and Guangzhou-Kolkata from February 7 till February 26," the airline had said in a statement.

After IndiGo, China Eastern Airlines suspended its flights between Kolkata and Kunming in China from February 10 to February 29.

Passengers of flights coming to Kolkata from Kunming and Guangzhou in China, Hong Kong, Singapore, and Bangkok were being screened since January 17.

At present, passengers arriving from Hong Kong, Singapore and Bangkok are being screened as no flights are operating to and from China.