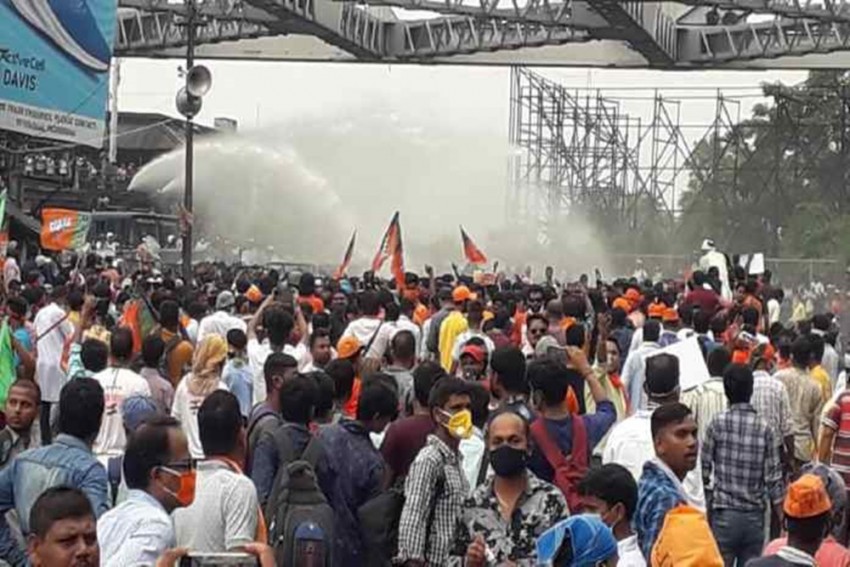 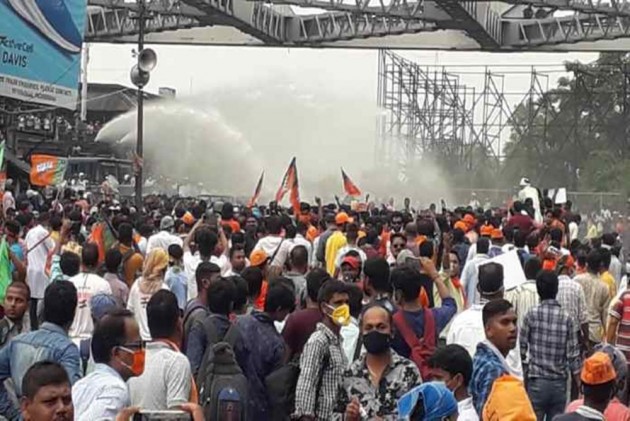 Hundreds of BJP protestors clashed with the West Bengal Police outside government secretariat ‘Nabanna’ on Thursday. The saffron party activists were trying to break through barricades during their march.

BJP workers from Kolkata and Howrah began marching towards Nabanna to protest the "worsening" law and order in the state.

The law enforcers also resorted to baton-charge in the Hastings area in Kolkata.

Four major rallies, two each from Kolkata and Howrah, will move towards Nabanna in Shibpur in Howrah district, BJP sources said.