In a dramatic development on late Monday night, a team of Special Investigation Team sleuths detained 68-year-old rebel Congress MLA Roshan Baig at the city airport as he was about to board a private chartered aircraft to Mumbai. 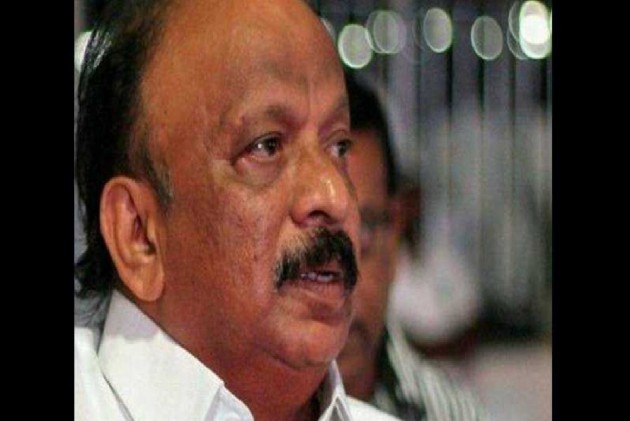 "Baig has been freed from detention after interrogation in connection with the Ponzi scheme case in which prime accused (Mansoor Ali Khan) has named him as one of the beneficiaries. He agreed to appear for inquiry on July 10 as directed," an SIT official told IANS here.

In a dramatic development on late Monday night, a team of Special Investigation Team (SIT) sleuths detained 68-year-old Baig at the city airport as he was about to board a private chartered aircraft to Mumbai.

"Though we summoned Baig to appear before our inquiry team on Monday, he sought time and said he would do on July 19 as he was busy with the political crisis and the Assembly session till Friday," said the official.

As the SIT feared that Baig may flee the country because he was also planning to go on Haj (pilgrimage) to Mecca and Medina, its sleuths detained him on getting a tip-off that he was flying to Mumbai on Monday night and may not return for the investigation in the Ponzi case.

"Baig said he was flying to Mumbai on personal work as the Assembly session was adjourned on Monday for two days till Thursday. He declined to answer our questions saying he had already clarified that he had nothing to do with the Ponzi scam of the IMA Jewellers and its owner Khan," said the official.

Addressing reporters at his residence in the city centre, Baig said he had assured the SIT that he would not flee the country and appear before it on July 19 for interrogation.

"The SIT allowed me to go and said I was free to go anywhere in the country but appear before it on July 19. I have also told its officials that I have nothing to do with the Ponzi scam and had no dealings with its perpetuator (Khan)," said Baig.

Recalling his statement when the scam broke in June, Baig said when Khan took his name in a video that he took Rs 400 crore from the latter before the recent Lok Sabha elections, he sought a CBI inquiry into the scam as hundreds of people in other states had also lost their investments in the Ponzi scheme.

SIT head and Joint Commissioner of Police (Crime) B.R. Ravikanthe Gowda said in a statement on Monday night that Baig was detained for questioning at the city airport when he was about to take off in a private aircraft to an unconfirmed destination from Bengaluru.

Baig, an eight-time legislator and former minister in the previous Congress government, resigned on July 10 from the Shivajinagar assembly segment in the city centre.

In fact, the ruling Congress had also suspended Baig on June 19 for his alleged anti-party activities, including criticism of the party's state leaders after the recent Lok Sabha elections in which the party was routed in the southern state.