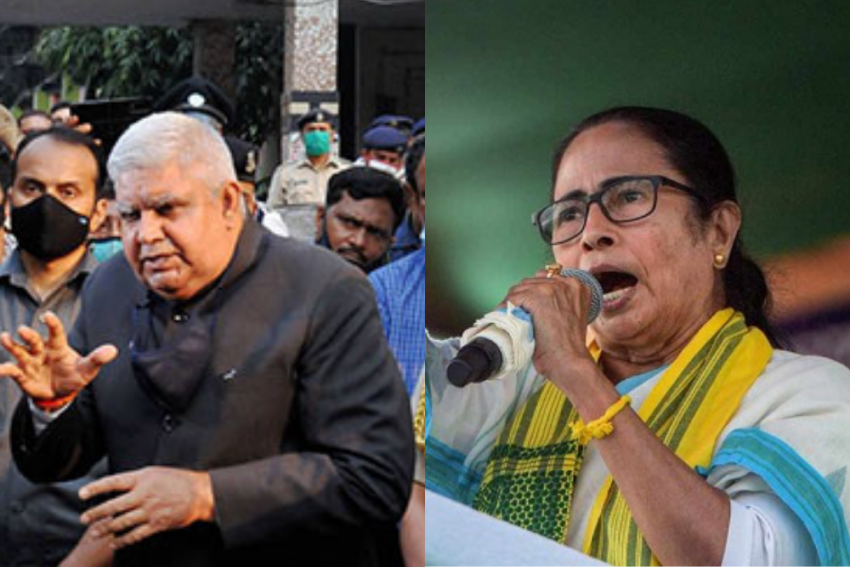 Bengal Governor Jagdeep Dhankhar has been at loggerheads with Chief Minister Mamata Banerjee since he took charge in 2019
PTI
Outlook Web Bureau 2021-06-15T21:00:39+05:30 ‘Constrained To Observe Your Silence Over Post-Poll Violence’: Bengal Governor Writes To Mamata 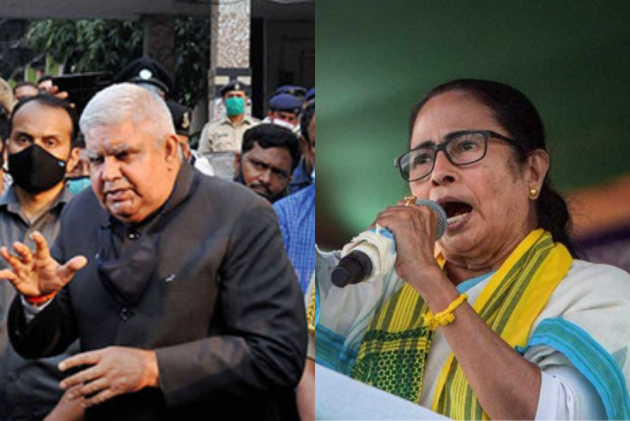 In a letter to West Bengal Chief Minister Mamata Banerjee, Governor Jagdeep Dhankhar urged the state government to take action against those responsible for post-poll violence in Bengal in May.

Accusing the state government of not taking any action to facilitate rehabilitation of victims, Dhankhar in his letter wrote, "I am constrained to observe your continued silence and inaction over post poll retributive bloodshed, violation of human rights, outrageous assault on dignity of women, wanton destruction of property, perpetuation of untold miseries on political opponents - worst since independence and it ill augurs for democracy.”

He shared a copy of the letter on his Twitter handle.

Dhankhar is expected to leave for Delhi later tonight. He will be on a four-day visit to the national capital. While the reason for his visit is unknown he is likely to discuss the post-poll violence in Bengal with the Centre.

Dhankhar, who has been at loggerheads with the Trinamool Congress government on several issues since taking over in July 2019, also accused the police and administration in the state of being partisan.

The governor wrote that during his May 13-15 visit to Coochbehar, Nandigram and Ranpagli in Assam, he had listened to heartrending tales of sufferings of people for voting as per their choice in the West Bengal assembly elections.

The governor's visit to these places had led to a war of words between him and the chief minister with Banerjee writing to him, claiming that his tour violates norms, while Dhankhar hit back saying he is discharging duties mandated by Constitution.

The governor also wrote that the chief minister had, in an unprecedented manner, on May 17 "spent six hours at the CBI office at Nizam Palace seeking release of the arrested persons".

Banerjee had gone to the CBI office soon after the arrest of two ministers in her cabinet -- Subrata Mukherjee and Firhad Hakim, TMC MLA Madan Mitra and former Kolkata mayor Sovan Chatterjee in connection with the Narada sting tape case.

The governor urged the chief minister to deliberate the issue of post-poll violence in the cabinet, take all steps to restore law and order and provide succour to the suffering people.

The Trinamool Congress Tuesday claimed Dhankhar is trying to convey a view that a war is going on in the state like that between Palestine and Israel.

TMC spokesperson and Rajya Sabha MP Sukhendu Sekhar Roy alleged that the governor, in "an unprecedented manner has been launching tirades against the state government almost daily.

"The governor is making venomous and baseless comments against the state government like a spokesperson of the BJP. He is trying to convey a view that as if a war is going on in Bengal like that in Palestine and Israel."

Pointing out that it is part of a "specific plan", the TMC MP told reporters that the governor is attempting to create a "make-believe situation" depicting that the law and order situation has deteriorated in the state.

The TMC spokesperson alleged that the BJP government at the Centre is "conspiring" against the ruling Trinamool Congress dispensation in West Bengal since the saffron party could not win the assembly elections in the state.

Referring to Dhankar’s proposed four-day visit to the national capital, Roy said, the Trinamool Congress is not supposed to know why the governor is going to New Delhi.

Earlier, leader of the Opposition in West Bengal assembly Suvendu Adhikari led a delegation of several BJP MLAs to the governor on Monday to seek his intervention over alleged lawlessness and "partisan stance" of the police.

Following the meeting, Dhankhar tweeted that Adhikari called on him and submitted a representation regarding the alleged alarming law and order situation in the state.