In January 2010, the Delhi HC held the office of the CJI comes within the ambit of the RTI law, 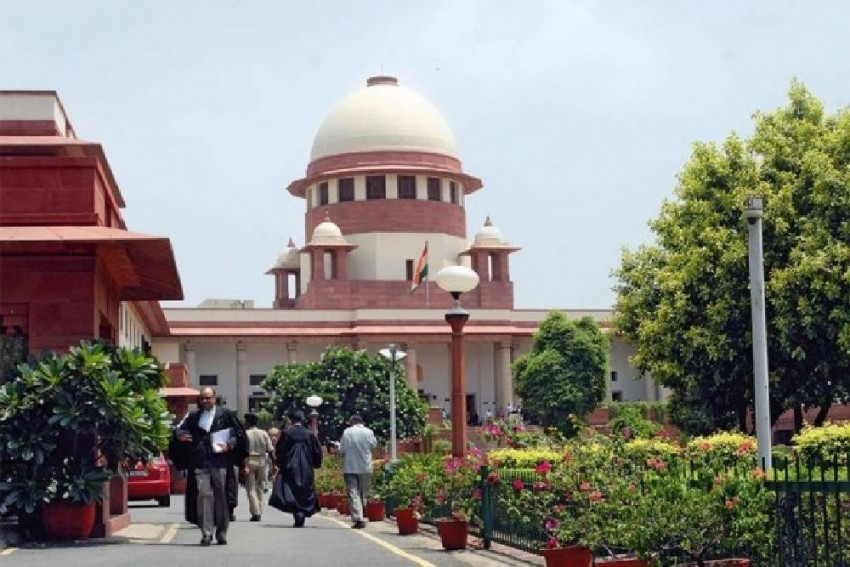 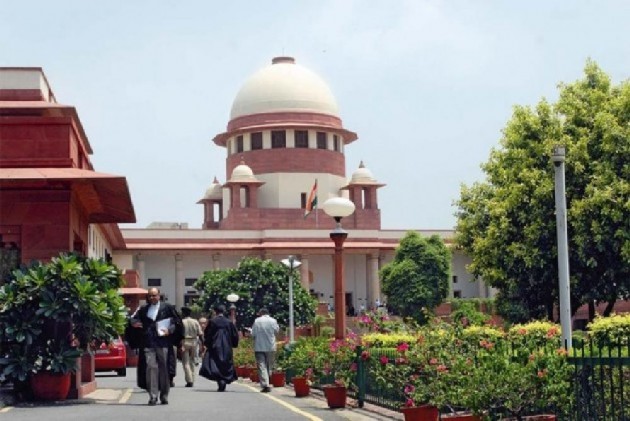 The Supreme Court will pronounce on Wednesday its verdict on petitions challenging the Delhi High Court decision bringing the office of the chief justice of India (CJI) under the ambit of the Right to Information (RTI) Act.

The notice regarding the pronouncement of the judgement was made public on the apex court's official website on Tuesday afternoon.

A five-judge constitution bench had on April 4 reserved its verdict on the appeals filed in 2010 by the Supreme Court secretary-general and its central public information officer against the high court and the central information commission's (CIC's) orders.

In a landmark verdict on January 10, 2010, the Delhi High Court had held that the office of the chief justice of India comes within the ambit of the Right to Information (RTI) law, saying judicial independence was not a judge's privilege, but a responsibility cast upon him.

The 88-page judgement was then seen as a personal setback to the then CJI, K G Balakrishnan, who has been opposed to disclosure of information relating to judges under the RTI Act.

The high court verdict was delivered by a three-judge bench comprising Chief Justice A P Shah (since retired) and Justices Vikramjit Sen and S Muralidhar. The bench had dismissed a plea of the Supreme Court that contended bringing the CJI's office within the RTI Act would "hamper" judicial independence.

Justice Sen retired as the judge of the apex court, while Justice Murlidhar is a sitting judge of the high court.

The move to bring the office of the CJI under the transparency law was initiated by RTI activist S C Agrawal. His lawyer Prashant Bhushan had submitted in the top court that though the apex court should not have been judging its own cause, it is hearing the appeals due to "doctrine of necessity".

The lawyer had described the reluctance of the judiciary in parting information under the Right To Information Act as "unfortunate" and "disturbing", asking: "Do judges inhabit different universe?"

He had submitted that the apex court has always stood for transparency in functioning of other organs of State, but it develops cold feet when its own issues require attention.

Referring to the RTI provisions, Bhushan had said they also deal with exemptions and information that cannot be given to applicants, but the public interest should always "outweigh" personal interests if the person concerned is holding or about to hold a public office.

Dealing with "judicial independence", he said the National Judicial Accountability Commission Act was struck down for protecting the judiciary against interference from the executive, but this did not mean that judiciary is free from "public scrutiny".

"This is not independence from accountability. Independence of judiciary means it has to be independent of the executive and not independent from the common public. People are entitled to know as to what public authorities are doing," Bhushan had said.

The deliberations of the collegium in appointing and overlooking judges or lawyers should be made public and information can be parted with under RTI on case-to-case basis keeping in mind the larger public interest, the lawyer had said.

The bench had said people, of late, were opting out and do not want to become judges because of the fear of negative publicity.

"On interaction, the reason appears to be the possibility of the negative observations, whether rightly or wrongly, being brought into the public domain," it had observed.

In such a case, besides losing judgeship and reputation, the professional and family life of the person are adversely affected, it had said.

The apex court had said it had brought about changes in the functioning of the collegium system and said now members have started interacting with prospective candidates.