Citizenship Amendment Bill Should Be Made National Issue: Akhil Gogoi

The bill, which was passed in the Lok Sabha last week, provides for according Indian citizenship to Hindus, Jains, Christians, Sikhs, Buddhists and Parsis from Bangladesh, Pakistan and Afghanistan after six years of residence in India instead of 12 years. 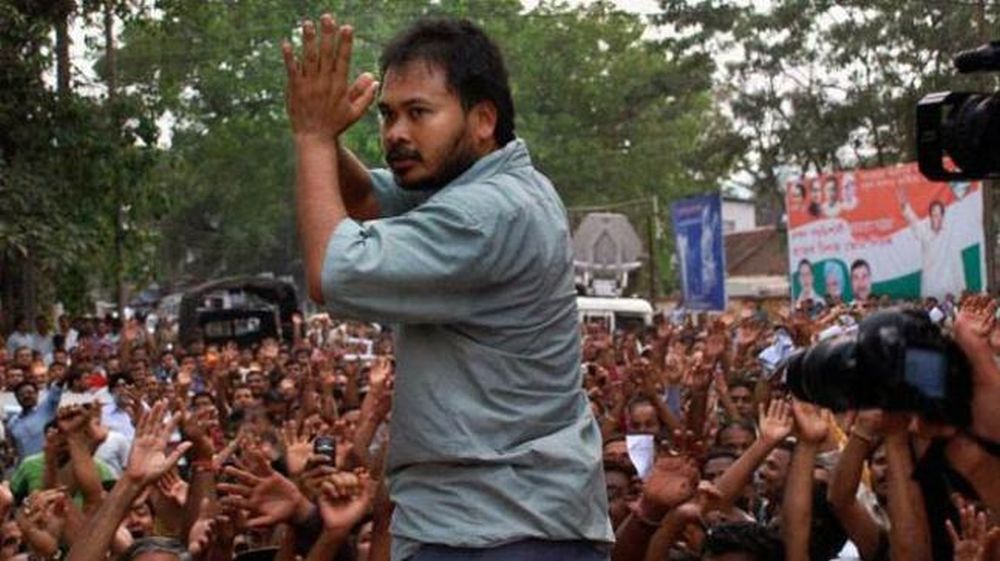 "The Bill still remains an issue of Assam and the northeast. We need to make it a national issue. Though the Congress has opposed it in Parliament, but only their Assam-based MPs have opposed it," the Krishak Mukti Sangram Samiti (KMSS) leader, who is at the forefront of the anti-bill movement in Assam said.

Gogoi, along with leaders of the 70 organisations protesting the Bill, has begun a hunger strike from 2 pm Monday at Chachal area here.

"In the next few days, we have decided to meet Rahul Gandhi, TMC chief Mamata Banerjee, leaders from JD(U) and other political parties to convince them about the issue. The good thing is that they're already ideologically opposed to the bill," he said at the venue of his hunger strike.

The need of the hour is to unite all the movements going on against the Bill across Assam, Gogoi said.

"We think the 70 groups led by KMSS and the 30 groups led by the AASU should unite for this cause. Most of the indigenous groups are in favour of joining hands and making the movement stronger and widespread," he asserted.

Threatening to intensify the anti-Bill stir in the coming days, Gogoi warned that if the government doesn't agree to their demands, the next step may be secretariat and assembly gherao by all the organisations with active participation of the student community.

The bill, which was passed in the Lok Sabha last week, provides for according Indian citizenship to Hindus, Jains, Christians, Sikhs, Buddhists and Parsis from Bangladesh, Pakistan and Afghanistan after six years of residence in India instead of 12 years, which is the norm currently, even if they do not possess any document.

A large section of people and organisations in the northeast have opposed the bill saying it will nullify the provisions of the Assam Accord of 1985, which fixed March 24, 1971, as the cut-off date for deportation of illegal immigrants irrespective of religion.

Even the governments of Meghalaya and Mizoram have strongly opposed the bill and adopted resolutions against it.