Cinemas In India Reopen After Seven Months In COVID-19 Shadow

PVR will resume commercial screenings on Friday, Cinepolis and INOX started showing films from Thursday with an emphasis on safety measures. 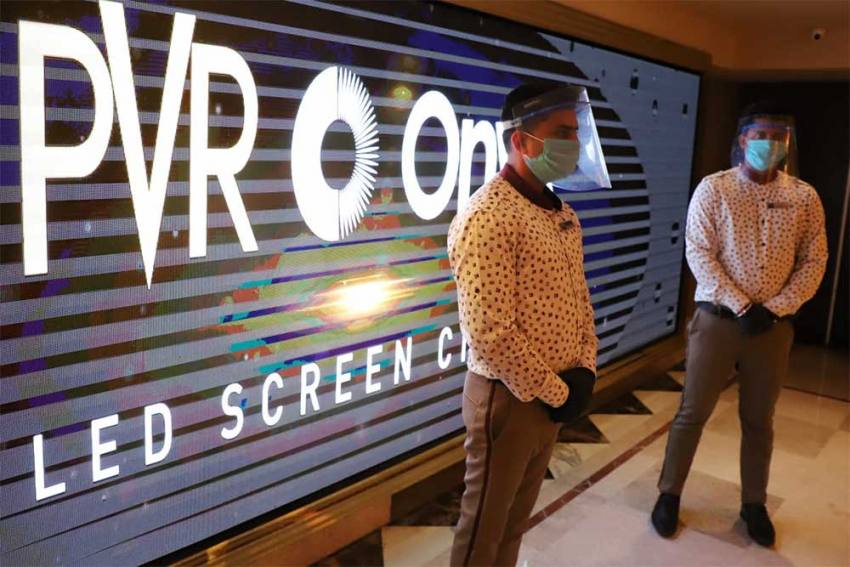 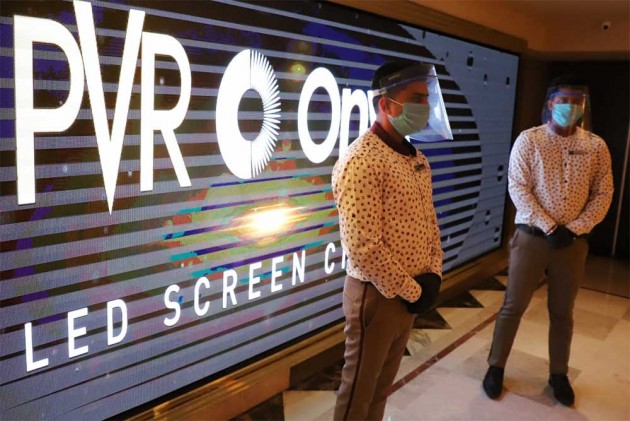 Cinemas in several parts of the country opened after almost seven months on Thursday, ushering in a new era of ‘contactless’ movie watching in the shadow of a pandemic with alternate seating, 50 percent capacity, and packaged snacks.

While theatres and multiplexes will remain closed in states like Maharashtra, Tamil Nadu, Kerala, and Chhattisgarh, they will open in several places, including Delhi and parts of Madhya Pradesh and Gujarat, with stringent dos and don’ts in keeping with the new COVID-19 normal.

It was a quiet reopening with few people venturing warily to watch a mix of regional, English, and Hindi reruns such as “Chhichhore”, “Thappad”, “Tanhaji” and “The Spy”.

While PVR will resume commercial screenings on Friday, Cinepolis and INOX started showing films from Thursday with an emphasis on safety measures, including stringent sanitizing and social distancing.

Devang Sampat, CEO of Cinepolis India, said the company as well as its employees are excited to reopen the doors of their cinema houses for the general public.

"As we all know, the lockdown came suddenly and brought various challenges, like finding a way to keep a good communication with team members and customers. Over time, we developed robust processes and discovered that teams can interact remotely and still keep a high level of productivity," he said.

Alok Tandon, CEO - INOX Leisure Ltd, said it is an exciting moment for all the cinema aficionados who have been waiting for the theatres to reopen.

"We are certain, that the SOPs prescribed by the I&B Ministry, clubbed with some of our exciting technology-driven measures and concepts like a private screening, will help us allow us to welcome back our guests in our own unique style," he added.

PVR Cinemas, India’s largest film exhibitor with 845 screens in 176 properties across 71 cities, on Wednesday said 10 states and four union territories have given their go-ahead for the reopening of cinemas.

Accordingly, PVR started operations in 487 screens. The hope is that other states will soon give their green signal too.

The Ministry of Home Affairs allowed theatres to reopen from Thursday with up to 50 percent of their seating capacity. They have to strictly follow the central government’s Standard operating procedures (SOPs).

The SOPs mandated by the Union government include one seat distance in halls, 50 percent capacity, masks at all times, proper ventilation, and air conditioner temperature settings above 23 degrees Celsius.

Besides mandatory temperature checks, masks, pedal-operated touch-free hand sanitizers, multiplexes have gone digital with e-tickets instead of traditional paper tickets, self-check-in with QR codes, sharing of the auditorium's seat chart and location of the seat, and online ordering of food and beverages.

Though the MHA has given its go-ahead to resuming cinema and theatre activities under Unlock 5.0, it has left it to individual states to take a final call.

With producers reluctant to release new films, cinemas have to deal with the double whammy of COVID fears and old content and have their fingers crossed as they rolled out a different kind of movie-going experience.

It will take a while before new content returns to theatres as the release of major Bollywood movies Ranveer Singh's “83” and “Sooryavanshi”, starring Akshay Kumar, have been pushed to Christmas and next year, respectively.

Cinephiles who want to rewatch or catch up on movies they missed watching on the big screen can also enjoy "Kedarnath", Ayushmann Khurrana's "Shubh Mangal Zyaada Savdhan” and “Dream Girl”; “Malang” and 2019 space drama “Mission Mangal”, besides Hollywood hits “Bloodshot”, “Lion King”, “Ford vs Ferrari” and “Knives Out”.

Saurabh, a cinema-goer, told NDTV that he decided to visit the theatre as he wanted to check the precautions being taken by the cinema owners.

"It's also been a very long gap due to this COVID-19 pandemic since I last watched a movie in a theatre. I'm clear that I have to keep in mind the safety measures. I'm here to see a film with my friend," he said.

An INOX spokesperson in Kolkata said two of its facilities opened today in accordance with all the directives issued by the Centre, including e-tickets and contactless QR-based entries. Those with fever symptoms were being turned away.

Other facilities will gradually open too, she said but did not specify a timeframe.

The show timing, intermissions, and exits are staggered and guests encouraged to maintain a six-feet distance from other families and groups at all times.

SVF Cinemas, which owns 13 multiplexes in Kolkata, will open its doors from Friday with all the standard protocols, contactless ticket purchase, making alternate seating arrangements, and regular use of sanitizers and disinfectants before and after shows, a spokesperson said.

Many cinema halls were closed even before the lockdown period started.

Several states, including Delhi, Kerala, and Maharastra, had directed cinema halls to close between March 11 to 16 till March 31, 2020. The Central government later directed a nationwide lockdown from March 25.

India has a total number of around 8,750 screens, of which 3,100 are in multiplexes and the balance 5,650 are single screens operating mostly in small tier II, III, and below cities.