Chirag Walkout: BJP Warns Of FIR Over Use Of PM Modi's Photo

In the run up to the Bihar assembly elections, the BJP has said that the party will henceforth file an FIR against any non-NDA party if they use the Prime Minister’s image on their election campaign material. 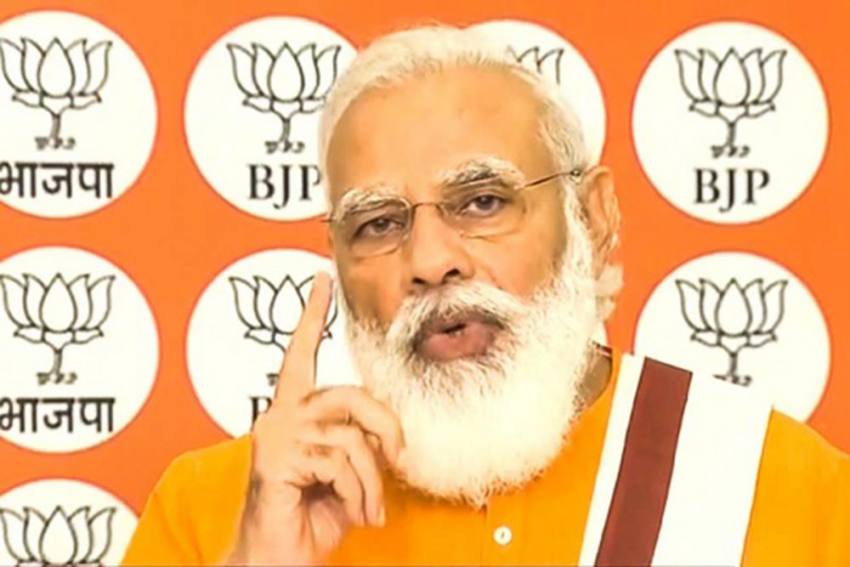 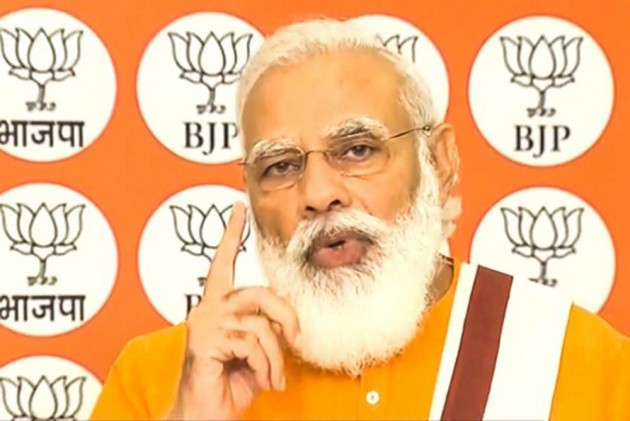 The Bharatiya Janata Party (BJP) has threatened to lodge an FIR against any non-NDA party, if it uses the photographs of Prime Minister Narendra Modi during the Bihar assembly elections.

Sanjay Kumar Jaiswal, the state BJP president, has said that if any party or individual is found to be using the pictures of the Prime Minister on posters or any publicity material in the run-up to the elections, the BJP will lodge an FIR. “As the state party president, let me make it very clear that our party has 40-star campaigners headed by the Prime Minister in this election and only NDA allies can use the PM’s photo. If any non-NDA party uses his pictures, we will lodge an FIR,” Jaiswal said.

The controversy over the use of PM’s images on posters arose after LJP president Chirag Paswan walked out of the NDA, citing “ideological differences” with JD-U president and Bihar Chief Minister Nitish Kumar.

On Tuesday, Sushil Kumar Modi, senior BJP leader and deputy chief minister of Bihar, said that his party would complain to the Election Commission if anybody used Modi’s pictures.
However, the LPJ has hit back at the BJP, saying that Narendra Modi is the prime minister of the entire country and not of any specific party.

On Sunday, Chirag had talked about the formation of a BJP-LJP government in Bihar after the elections and vowed to take forward Modi’s development roadmap in the state. Some posters with pictures of Modi and Chirag, with anti-Nitish slogans, purportedly put up by state LJP leaders, recently appeared on the streets of Patna.

The posters sparked speculations about a tacit understanding between the BJP and the LJP apparently to weaken Nitish Kumar. Senior BJP leader Sushil Kumar, however, scotched all such speculations soon thereafter. He reiterated today, that the BJP and JDU are on good terms. “We are contesting the polls under the leadership of Nitish Kumar,” Sushil Kumar emphasised.

Former Maharashtra Chief Minister Devendra Fadnavis, who is the Bihar poll in-charge of the BJP, has said that any party or leader who will contest the polls outside of the fold of the NDA will be expelled from the party. Two senior BJP leaders, Rajendra Singh and Usha Vidyarthi have joined Chirag’s party, in the last two days. Singh, who was associated with the RSS for a long time, had contested the 2015 assembly polls on a BJP ticket. He was even projected by a section of the media as a potential candidate for the chief minister’s post at the time, but he and his alliance lost the polls. His switch to the LJP now, has surprised many political pundits in the state.

The BJP has also re-inducted Vikassheel Insaan Party (VIP) headed by Mukesh Sahani into the NDA. Sahani, who had walked out of the RJD-led Mahagathbandhan a couple of days ago, accusing its chief ministerial candidate Tejashwi Prasad of having backstabbed him, will now contest the polls as an NDA ally. His party has been given 11 seats from the BJP quota, besides a seat in the Vidhan Parishad.

Sahni said that he had supported the NDA in the 2014 Lok Sabha elections and was also a part of the alliance during the 2015 assembly elections but he drifted to the Mahagathbandhan later. “Now, I have returned to where I had started my political career,” he said. “I was backstabbed in the Mahagathabandhan but the NDA has put salve on my wounds,” Sahani added.

Sahani, who calls himself as a "Son of Mallah", is a former Bollywood set designer who made a foray into politics six years ago and gradually rose to become a popular leader of the extremely backward castes (EBCs) and sub-castes of the fishermen’s community.

The BJP has apparently re-inducted him in the NDA at the last minute to get votes of his community transferred to its alliance. The EBC’s vote share in the state accounts to more than 40 per cent of the total electorate.

Bihar will go to polls in three phases starting on October 28. Counting of votes will take place on November 10.