Standing atop vehicles decked up with flags, the protesters danced to the tune of patriotic songs such as 'Aisa desh hai mera' and 'Sare jahan se achcha'. 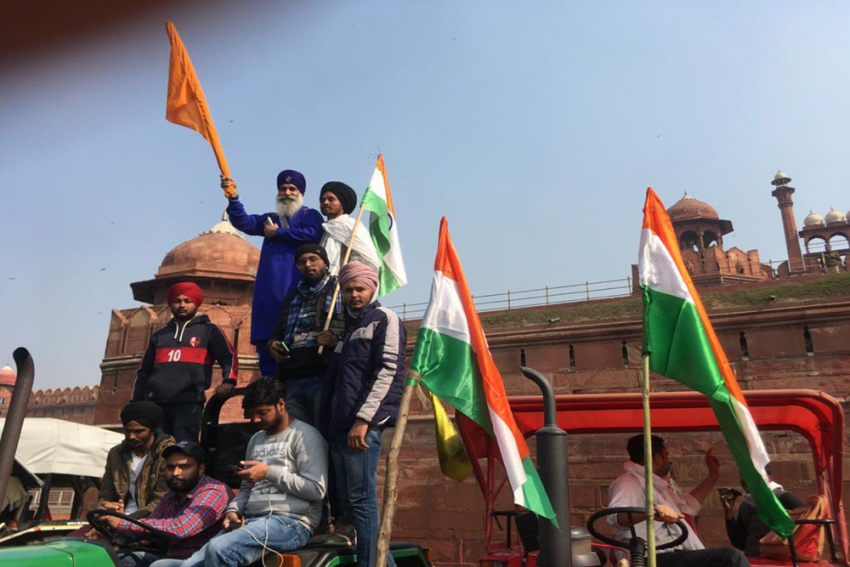 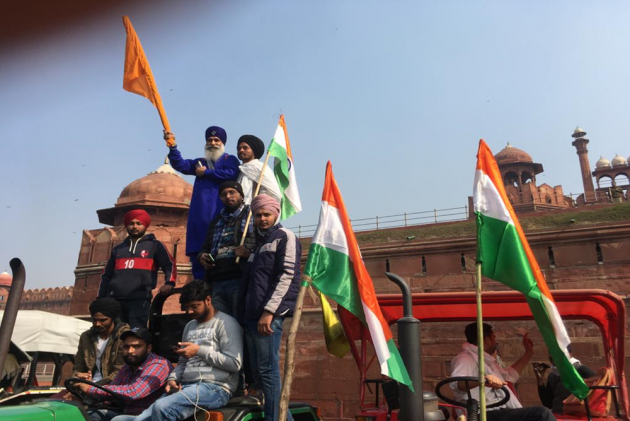 Thousands of farmers entered Delhi for their proposed parade against the three contentious farm laws. They could be heard chanting slogans like 'rang de basanti' and 'jai jawan jai kisan' as they rode tractors, motorbikes, horses and even cranes.

Standing atop vehicles decked up with flags, the protesters danced to the tune of patriotic songs such as 'Aisa desh hai mera' and 'Sare jahan se achcha'.

"People think farmers are only meant to plough their fields. But there is much more to a farmer's life. We also ride motorbikes and horses though we worship our tractors as it helps in earning our bread and butter.

"Today, everything is on display in this historical rally," said Gagan Singh, a protestor riding a horse to the parade.

Locals stood on both sides of the roads at various locations showering flower petals on the farmers amid drum beats.

Parmajeet Bibi, a woman in her late 40s, who was riding a tractor said, "Women are not just cooking at community kitchens. We help men in fields and we are riding tractors in this rally to send out a strong message".

Aditya Pajetta, a farmer from Haryana's Yamuna Nagar, carried a 15-kg plough on his shoulder while marching from Singhu border.

"Our fight is to save this plough. Generations have been involved in farming and it will be a pity if we cannot save their legacy. I have started marching from Singhu border and will carry it to the spot where the rally will conclude," he told PTI.

The cranes which were part of the rally had a makeshift podium on the top with a mattress at the front for people to sit.

The tricolour and flags of different farmer unions fluttered as marches began from Singhu, Tikri and Ghazipur border points, much ahead of the time decided for the tractor parade. Security personnel tried to convince the protesters to stick to the designated route and time and maintain peace.

"We support the demands of farmers. We survive on what they produce and it is time we stand up for them. We salute their spirit," said Rani Devi, whose family was applying tilak to forehead of the participants.

Thousands of farmers, mostly from Punjab, Haryana and western Uttar Pradesh, have been camping at several Delhi border points since November 28, demanding a complete repeal of three farm laws and a legal guarantee on minimum support price for their crops.

On Sunday, the Delhi Police had allowed their tractor rally after the annual Republic Day parade. The protesters were told they can't disrupt the celebrations at Rajpath even as the farmers insisted their parade will be "peaceful".