ISRO Chief Dr Sivan, however, added that no communication with the lander had been established so far. 'We are trying to contact,' he said. 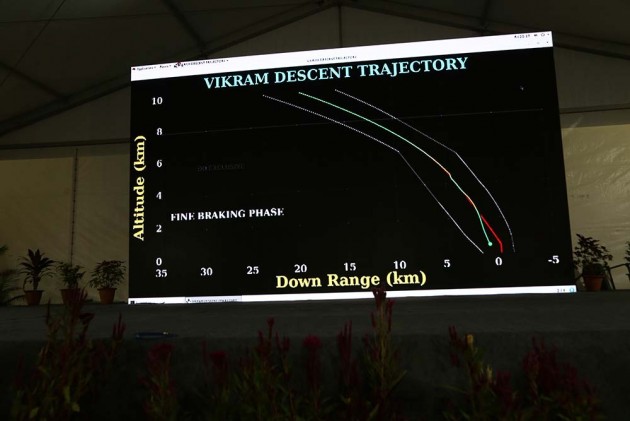 The Indian Space Research Organisation (ISRO) Chief Dr K. Sivan on Sunday said that Chandrayaan-2 lander "Vikram" has been located on the lunar surface and the orbiter has taken "thermal image of the lander", multiple news agencies reported.

Dr Sivan, however, added that no communication with the lander had been established so far. "We are trying to contact," he said.

On Vikram module hitting the Lunar surface, he told news agency PTI that it must have been a hard landing but "we still don't know if it caused any damage to the lander".

ISRO's Incredible Effort To Softland On Moon Huge Step Forward For India: US

He also maintained that it will be "premature to say anything". "We are trying to establish contact with Vikram lander," he told ANI.

In the early hours of Saturday, Chandrayaan-2 lander "Vikram" had lost communication with ground stations moments before it was supposed to make a soft landing on the south pole of the moon, a region never explored before by any country.

On Saturday, the ISRO chairman said the agency will try to establish the link with the lost Vikram Lander for the next 14 days, whose "last portion was not executed the right way."

"The last portion was not executed the right way, in that phase only we lost the link with the Lander, and could not establish communication subsequently. Right now the communication is lost. We will try to establish a link for the next 14 days," Sivan said in an interview to the Doordarshan, asserting that the mission is close to being a 100 per cent success.

The ground station lost contact with the Lander minutes before its touchdown on the Moon's South Pole early on Saturday.

Since the Chandrayaan-2's Orbiter, which is already in the intended orbit around the Moon, has extra fuel in it right now, its life is estimated to be 7.5 years, said Sivan.

According to a statement issued by the agency earlier today, the Orbiter will send high-resolution images and enrich the understanding of Moon's evolution, mapping of minerals and water in its polar region.

The Vikram Lander successfully separated from Chandrayaan-2 Orbiter on September 2. After revolving around the Earth's orbit for nearly 23 days, the craft began its journey to the moon on August 14.

The mission took off from the Satish Dhawan Space Centre in Sriharikota on July 22.