Centre Says India On The Downswing Of Second Covid Wave

'It will be sustained if restrictions open up systematically as the time comes,' Dr VK Paul, Member-Health, Niti Aayog said 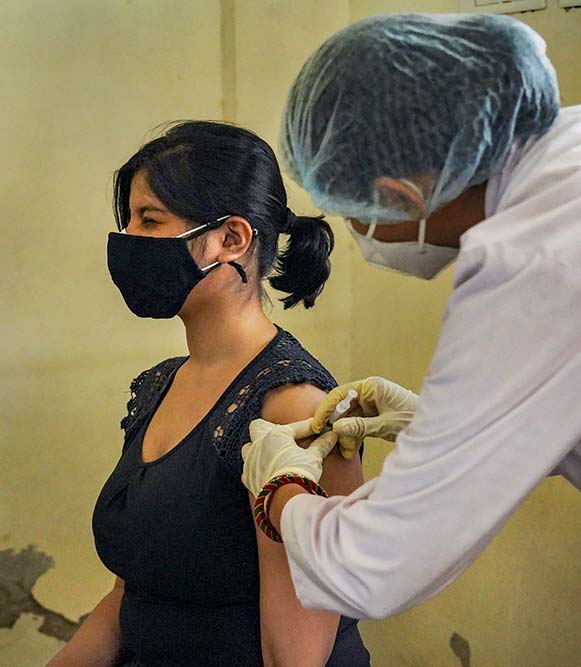 The Centre on Thursday said that India is on the downswing of the second covid wave.

“It is reassuring that we are on the downswing of the second wave, and it will be sustained if restrictions open up systematically as the time comes,” Dr VK Paul, Member-Health, Niti Aayog said during a briefing, reported The Indian Express.

Earlier in a report, news agency PTI quoted Paul as saying that the central government had started working together with Pfizer for the earliest possible import of the vaccine as soon as the company had indicated vaccine availability.

Paul, in a statement on 'Myth and Facts on India's Vaccination Process' pointed out that vaccines are in limited supply globally, and companies have their own priorities, game-plans and compulsions in allocating finite stocks.

"As soon as Pfizer indicated vaccine availability, the central government and the company are working together for the earliest possible import of the vaccine," Paul, who is also the head of India's COVID-19 task force, said.

Paul, the Chair of the National Expert Group on Vaccine Administration for COVID-19 (NEGVAC), has said that as a result of the central government's efforts, Sputnik vaccine trials got accelerated and with timely approval, Russia has already sent two tranches of vaccines and accomplished tech-transfer to Indian companies that would start manufacturing very soon.

"We reiterate our request to all international vaccine makers to come and make in India – for India and for the world," he said.

The NITI Aayog member said the Centre has engaged continuously with all the major international vaccine manufacturers right from mid-2020. "Multiple rounds of discussions have happened with Pfizer, J&J & Moderna.  The government offered all assistance to have them supply and/or manufacture their vaccines in India," he said.

However, Paul noted that it is not that their vaccines are available in free supply. "We need to understand that buying vaccines internationally is not similar to buying 'off the shelf' items," he said.

According to sources, Pfizer has told Indian authorities that its jab has shown "high effectiveness" against the SARS-CoV-2 variant prevalent in India and on people of Indian ethnicity or nationality, while it is suitable for everyone aged 12 years or above and can be stored for a month at 2-8 degrees.

Pfizer, which is ready to offer 5 crore doses to India between July and October this year, has sought certain relaxations including indemnification, has held a series of interactions with the Indian government authorities recently including one this week, during which it shared the most recent data points regarding efficacy trials and approvals for its vaccine in various countries and by the World Health Organisation (WHO).

Paul also refuted the claim by some opposition leaders that the Centre is not doing enough to ramp-up domestic production of vaccines.

"The central government is playing the role of an effective facilitator to enable more companies to produce vaccines from early 2020.

"There is only 1 Indian company (Bharat Biotech) which has the IP. The government of India has ensured that 3 other companies/plants will start production of Covaxin apart from enhancing Bharat Biotech's own plants, which have increased from 1 to 4," he argued.

India is currently using mainly two 'made-in India' jabs – Covishield manufactured by the Serum Institute and Covaxin of Bharat Biotech – and Russian-made Sputnik V at a smaller scale to inoculate its population, all of which are approved only for those aged 18 years and above.

In its latest communication to the government, Pfizer has also thanked the government of India to have agreed to its request for procurement through a central government pathway and to discuss "the Indemnity and Liability protection".

India Could Be Covid-Free By November-December If...