A bench of Justices S Muralidhar and Anup J Bhambhani termed as 'extremely unfortunate' the killing of IB officer in the ongoing violence in which over 180 people have sustained injuries besides 22 deaths. 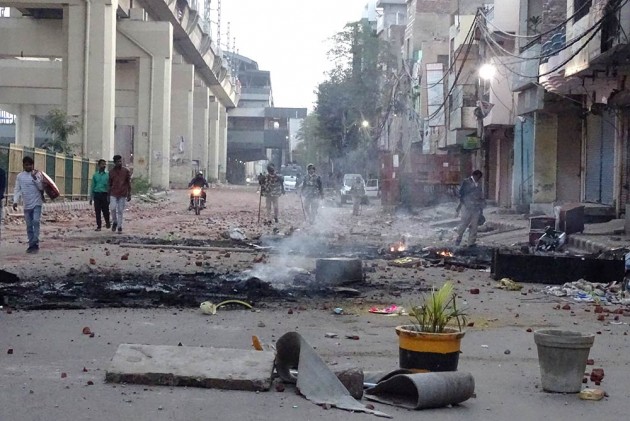 The Delhi High Court on Wednesday said it won't let another 1984 happen in India under its watch while hearing a petition concerning communal riots in the national capital which have already led to 22 deaths, including a cop and an IG employee.

The 1984 anti-Sikh riots, a series of targetted killings, in response to the assassination of former PM Indira Gandhi, had led to the deaths of about 3000 people belonging to the Sikh community.

A bench of Justices S Muralidhar and Anup J Bhambhani termed as "extremely unfortunate" the killing of IB officer in the ongoing violence in which over 180 people have sustained injuries besides the number of deaths mentioned above.

It also said that the highest constitutional functionaries who move with Z-security should reach out to the affected people to give them confidence that law is functioning.

The court had held a midnight hearing after receiving a call from an advocate explaining the dire circumstances under which the victims were unable to be removed from a small hospital to the GTB Hospital wherein it directed the police to ensure safe passage to government hospitals and emergency treatment for those injured.

The court held a special hearing, which started at 12:30 am, at the residence of Justice S Muralidhar.

The bench had also called for a status report of compliance, including information about the injured victims and the treatment offered to them.

The HC applauded the police for prompt action in evacuating the injured in north-east Delhi where communal violence erupted over the amended citizenship law.

"While the order was being dictated midnight, the police was implementing it right there and rescuing injured persons," the bench said during the day's hearing.