The court directed that the ban will also be in force during Jagaddhatri Puja, Chhath, and Kartik Puja. 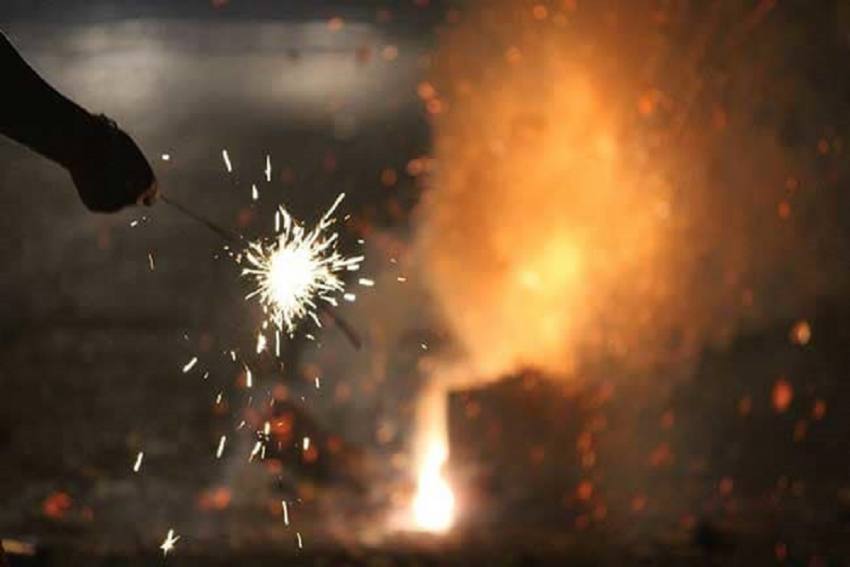 The Calcutta High Court on Thursday banned the use and sale of firecrackers on Kali Puja to curb pollution amid the Covid-19 pandemic.

Kali Puja is on November 15.

The court directed that the ban will also be in force during Jagaddhatri Puja, Chhath, and Kartik Puja.

The court said that the guidelines, which were in place during Durga Puja such as no entry to pandals, will also be in effect during Kali Puja.

The bench lauded the state government for effectively implementing the court-directed guidelines during Durga Puja.

It asked the police to ensure that the norms are strictly enforced on Kali Puja as well.

Fifteen people will be allowed in the Kali Puja pandals having an area up to 300 sq meters, and 45 persons in the bigger ones, the court said.

The state government on Tuesday had appealed to the people to avoid bursting firecrackers during Kali Puja and Diwali in order to check air pollution, which is hazardous for Covid-19 patients.

"With everybody's cooperation, we want to hold the Kali Puja and Diwali festivals avoiding firecrackers. The administration appeals to people to avoid firecrackers," Chief Secretary Alapan Bandyopadhyay had said.

An association of firecracker makers has already demanded compensation of Rs 2 lakh for each licensed fireworks dealers, numbering over 53,000.

The 'Poschim Bango Atosbazi Unnayan Samity' has said that the livelihood of around four lakh people in the state is at stake.

A complete ban on fireworks will raise the possibility of illegal firecrackers flooding the market and flouting the existing noise cap of 90 decibels, it has said.