Following Mukul Roy's gaffe, the BJP greeted the comment with euphoria, saying he had "unwittingly spoken the truth". Roy rejoined the party days after winning from Krishnanagar North assembly seat on a BJP ticket 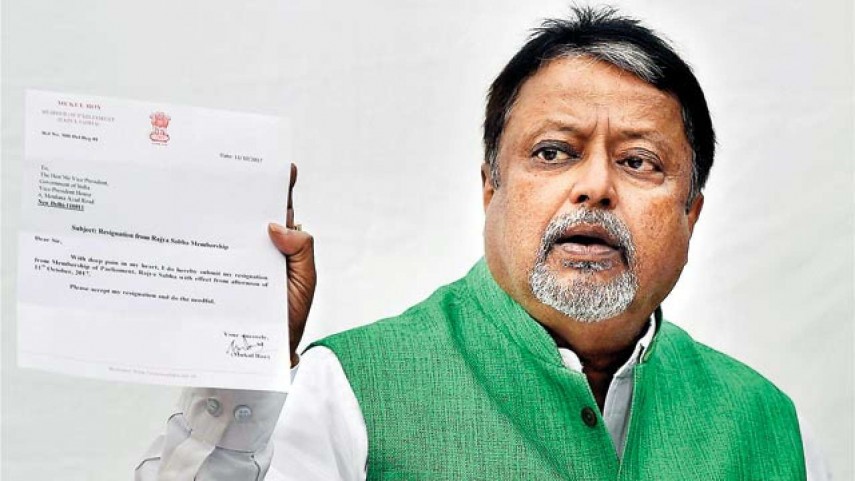 In a gaffe that left many stunned and giggling, Trinamool Congress (TMC) leader Mukul Roy accidentally said that the BJP will win the upcoming by-poll elections.

Roy, who recently rejoined the party days after winning from Krishnanagar North assembly seat on a BJP ticket, made the slip while addressing reporters at the Trinamool Congress party office in West Bengal.

"The BJP will win convincingly in the assembly by-polls. It will win in Tripura. There is not an iota of doubt in that," Mukul Roy told reporters at the TMC office.

Even as there was stunned bewilderment among those present, the former Railway Minister quickly corrected himself and said, "The Trinamool Congress will undoubtedly win the by-elections. BJP will be trounced. "The 'Maa Mati Manush' party (TMC) will remain the winner here and open its account in Tripura as well.

"BJP will be nowhere in the state. They will be decimated. Mamata Banerjee will continue to helm Bengal," he added.

However, the BJP greeted the comment with euphoria, saying he had "unwittingly spoken the truth".

Mukul Roy had defected from TMC, with which he had been associated since its inception, to BJP in 2018 following differences with its chief Mamata Banerjee and played an active role in the BJP's Lok Sabha win in 2019. He had returned to the TMC fold shortly after his victory from Krishnanagar North as a BJP candidate in May this year.

BJP spokesman Shamik Bhattacharya said, "Mukul da has betrayed his voters in Krishnanagar North. He has lost his credibility. But he has spoken the truth.

PromotedListen to the latest songs, only on JioSaavn.com

"The truth perhaps came out as he is under tremendous mental stress," Mr Bhattacharya said, adding, BJP will continue to press for Mukul Roy's disqualification as MLA.

A TMC leader from Bengal's Nadia district said, "Mukul da had inadvertently referred to BJP which was a slip of tongue. He actually meant TMC will win handsomely in the next by-poll. He also said BJP will be nowhere."