BJP Turned Battle Against Terrorism Into One Against Kashmiris, Muslims: CPI-M

Accusing the BJP of politicising post-Pulwama developments, the CPI-M on Monday said it was turning a united India’s battle against terrorism into one against Kashmiris and Muslims to deepen communal polarisation. 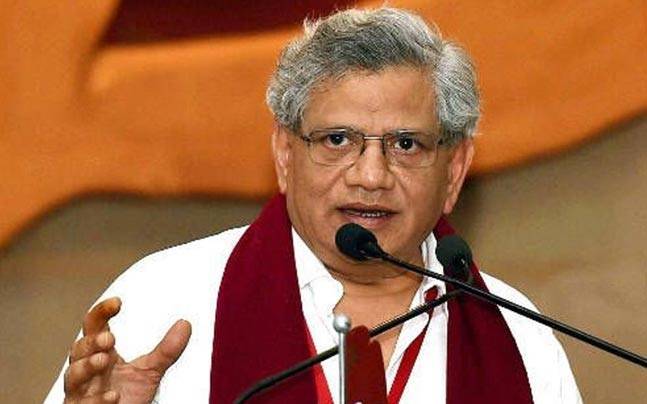 There has been an "orchestrated effort" by the BJP and the RSS to rouse "jingoistic nationalism" after the Pulwama terror attack and the government has turned the battle against terrorism into one against Muslims and Kashmiris, the CPI(M) alleged Monday.

CPI(M) General Secretary Sitaram Yechury said the government must step up diplomatic efforts to present an united India against terrorism in the aftermath of the Pulwama terror attack of February 14, in which 40 CRPF personnel lost their lives.

"A united India rose against terrorism. Instead of strengthening this, the post-Pulwama developments are seeing an orchestrated effort by the BJP and Sangh Parivar outfits to rouse jingoistic nationalism.

"The targeting of Kashmiris in various parts of the country, the calls for abrogation of Articles 370 and 35A are all turning this battle of Indians against terrorism into battles against Kashmiris and Muslims to further deepen the communal polarisation," he said.

He said the present situation in Jammu and Kashmir was the result of failed policies in the state and claimed that during the course of the present government, terror incidents saw a rise of 176 per cent.

The number of security personnel killed saw a rise of 93 per cent. On an average, eleven terrorists infiltrated every month between 2014 and 2018, he claimed.

Yechury said that what was more dangerous was the sharp rise in local Kashmiri youths joining terror groups, from 16 such cases in 2013 to 164 in 2018.

"This deepening alienation of Kashmiri youth is a consequence of the Modi government reneging on its promises to initiate a political process of dialogue with all the stakeholders in Jammu and Kashmir and the implementation of confidence building measures," he said.

Accusing Prime Minister Narendra Modi and BJP leaders of "politicising" the issue, he said they were disrupting the united fight of Indians against terrorism for their "partisan electoral benefit".