According to Uttar Pradesh police, instances of violence were reported in 17 districts across the state during the election process on Saturday 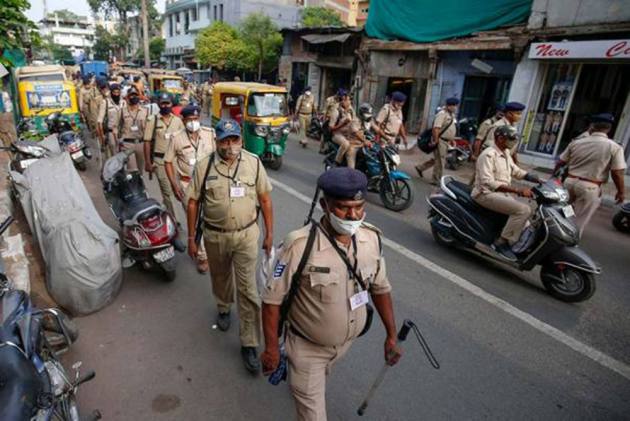 With elections for the Uttar Pradesh block panchayat chief posts coming to an end on Saturday, the BJP claimed victory in 635 of the total 825 seats even as reports of violence emerged from the state on Saturday.

Elections for 476 posts of block panchayat chiefs in the state were conducted on Saturday with as many as 1,710 candidates contesting the polls. Previously, elections were held for 349 posts on Friday, with the State Election Commission (SEC) stating that all the 349 candidates were elected unopposed.

Elections were held for a total of 825 posts. According to the State Election Commission, 1,778 nomination papers were received for all the posts, of which 68 were cancelled and 187 withdrawn.

According to state police, clashes and other untoward incidents were reported from 17 districts during the election process on Saturday and orders have been issued to respective district police heads to take strict action against those responsible for it.

Victory processions have not been allowed and officials were keeping a strict eye on the situation, the state police said in a statement.

Chief Minister Yogi Adityanath held a press conference at the BJP headquarter and claimed victory on 635 seats, where counting had been completed, and attributed the success to the teamwork of the government and party organisation.

"The benefits that the people have got from the Yogi Adityanath government's policies and public interest schemes have been reflected in the party's massive victory. All the party workers deserve congratulations for this victory," PM Modi tweeted.

The panchayat election results are an important morale-booster for the BJP ahead of assembly polls next year in the politically crucial state as it had drawn a lot of flak over its handling of the COVID-19 pandemic.

“The contribution of the State Election Commission in conducting the peaceful and fair elections was praiseworthy.

"Getting such a massive election process peacefully, in a state where democracy was mortgaged to professional criminals and mafia on the basis of caste religion and sects... Every citizen and party can fight election now peacefully,” Yogi said.

The opposition parties, however, accused the BJP government of misusing official machinery in the elections and unleashing anarchy.

In a statement, Samajwadi Party president Akhilesh Yadav alleged that the BJP had "forcibly" captured the posts of block chiefs with the help of government machinery and called it an insult of the mandate.

"The BJP government has no faith in democracy and the Constitution,” he said and alleged candidates were "abducted openly" and those opposing these tactics were being harassed.

The former chief minister said that his party had given a memorandum to the state Election Commissioner about malpractices and rigging, but no action was taken.

“Democracy in Uttar Pradesh has been held hostage by BJP,” he alleged.

Hitting out at the BJP government, BSP chief Mayawati alleged that "jungle raj is prevailing" in the state.

"There has been widespread violence in the panchayat polls, and there was indecent behaviour with a woman in Lakhimpur Kheri."

"This is highly condemnable. Is this their (BJP's) rule of law and democracy? This is something to ponder upon," she said.

The Congress too slammed the BJP government, with party leader Rahul Gandhi derisively saying that the poll violence has been renamed "masterstroke" in the state.

Congress general secretary Priyanka Gandhi Vadra alleged that the BJP had "crossed" all limits to stop the nomination of a woman in the polls.

Uttar Pradesh Congress Committee's media and communication department convenor Lalan Kumar alleged that "anarchy is being spread by the leaders and workers of the BJP".

"BJP workers armed with bombs, bullets and sticks are making their district panchayat presidents and block chiefs and it is surprising that the entire administration is playing a big role in the murder of democracy," he alleged.

According to a report from Sonbhadra, after the election of the BJP candidate in Nagwan block, SP workers alleged rigging in the counting and created a ruckus in which policemen including a Circle Officer and a former chairman of Robertsganj Municipality were injured. Some vehicles were also damaged by the miscreants.

Superintendent of Police, Sonbhadra, Amarendra Prasad Singh said that in Nagwan block after BJP candidate Alok Singh was declared the winner, SP workers started protesting and pelted stones when police tried to clear the area, prompting the cops to lathi-charge.

CO Sadar Ashish Mishra and a policeman were injured in this incident, he said.

Several purported videos of clashes between supporters of rival parties were also posted on social media.