The patient was mentally unstable and did not tell how so many nails entered his stomach. 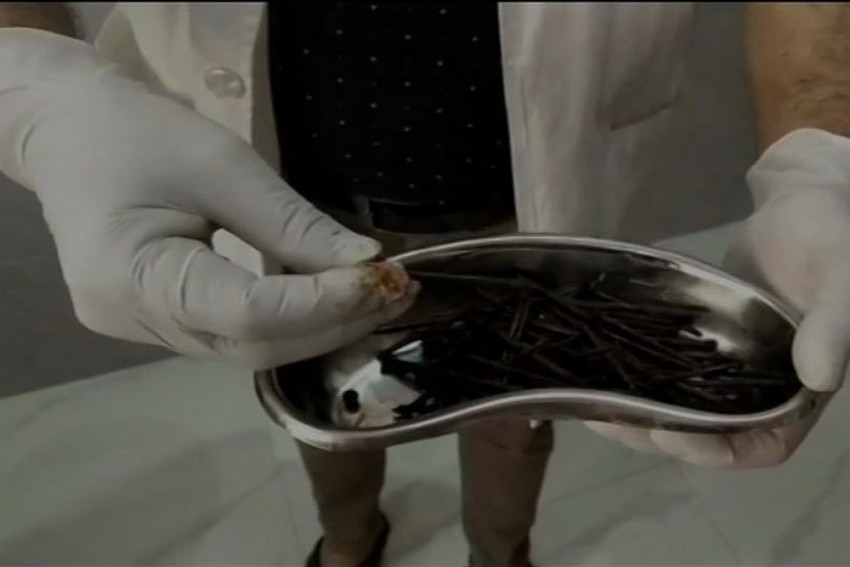 Neither the patient nor his family could tell how did the nails end up in his stomach.
ANI/Twitter
Outlook Web Bureau May 15, 2019 00:00 IST Bizarre! Doctors Remove 116 Iron Nails, Wire From Man's Stomach 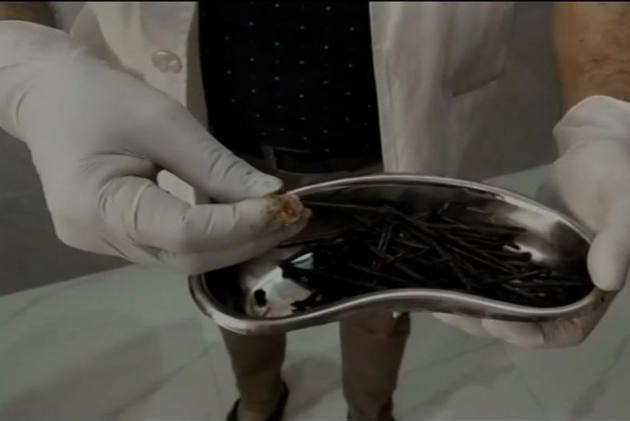 Doctors of a government hospital in Rajasthan's Bundi have removed 116 nails, long wire and an iron pellet from the stomach of a 40-year-old man.

"In operation of man, we have removed 116 nails, long wire and an iron pellet from his stomach. The size of the nail is 6.5 centimetre. The operation has been done successfully," Dr Anil Saini told ANI.

"The patient is a bit mentally unstable and does not respond to our questions. He did not tell how so many nails entered his stomach. He is doing fine now," he said.

The patient visited the government hospital for the check-up after complaining of stomach pain.

"I was stunned after noticing the bunch of nails in his X-ray report after which I asked him to have one more X-ray. Similarities reflected in both reports, thereafter, the patient was operated successfully," Saini said.

How Can National Security Not Be An Issue? Asks PM Modi In Bihar