National Bird Flu In Migratory Birds Confined To Pong But Spread Will Be Worrying For Himachal: CM

Bird Flu In Migratory Birds Confined To Pong But Spread Will Be Worrying For Himachal: CM 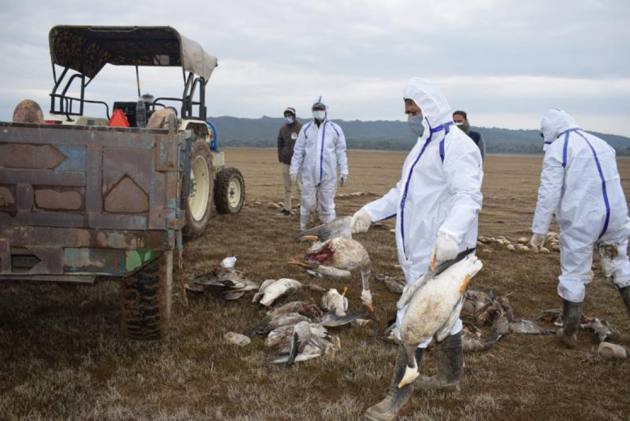 Himachal Pradesh Chief Minister Jai Ram Thakur said the outbreak of bird flu (H5N1 virus), which has caused the death of 2,400 migratory birds is confined to Pong Dam wetland so far but if it will be really worrying if it spreads to local birds, particularly crows or poultry.

Thus, the field teams of the doctors and veterinary officials who have gone to the area have collected the samples of the dead crows and poultry birds for testing.

“Any further decision, including culling of the poultry birds will be taken on the basis of the laboratory reports,” he told Outlook on Tuesday.

Kangra deputy commissioner Rakesh Prajapati has ordered a complete lockdown in the four sub-divisions of the district in a 10km radius of the Pong Dam lake with a ban on human and animal movement.

The state cabinet in its meeting also reviewed the steps taken by the deputy commissioner and directed the departments viz animal husbandry, forest/wildlife and fisheries to extend all necessary help to control the infection within the containment zone as its spread could be as bad as Covid-19 if transmission is confirmed in the birds, animals or human beings.

“This is also important from the fact that Himachal Pradesh is expecting a lot of tourists in the areas, mostly in the higher reaches witnessing snowfall. Most of these hill destinations like Dharamshala, McLeodganj, Dalhousie, Shimla and Kullu-Manali are far from Pong Dam. We have taken necessary steps to deal with the avian flu mainly reported in the migratory birds,” the chief minister said, adding that tourists should not panic.

Reports from ground zero revealed that more than 3,000 birds have died. The veterinary teams confirmed that 300 to 400 bird carcasses are spotted almost every day. It’s mainly because they flock and share the same resting place. The chances of a faster spread of infection are high among these migratory birds.

“We are handling the carcasses according to protocol and these are cremated and buried properly,” said principal chief conservator of forests (wildlife) Archana Sharma.

The officials, who made a presentation in the cabinet, said most of the fatalities have been reported among bar-headed geese, the world’s highest-flying birds. This species migrates from Siberia, Central Asia and Mongolia. Other dead birds include common teal, shoveler, river tern and black-headed gulls.

“Bird flu is a disease which can spread to humans through generally poultry birds. The virus does not directly infect humans,” the deputy commissioner said.

“If the infection has spread to the poultry in the area, we will go for culling,” he said.