Bihar Should Have Law Against Love Jihad : Giriraj Singh 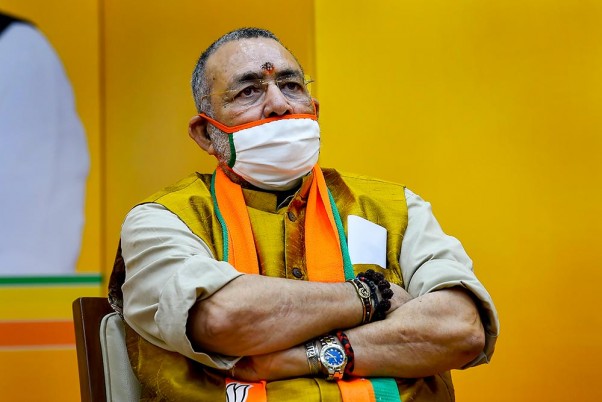 Union minister Girriaj Singh on Friday favoured enactment of legislation in Bihar against love jihad, which, he claimed, has become a menace in states across the country.

The firebrand BJP leader also urged the Nitish Kumar government to realize that issues like love jihad and population control had nothing to do with sampradayikta (communalism) but are about samajik samrasta (social harmony).

Love jihad has come to be realized as a menace in all states across the country - not just among Hindus but among all non-Muslims. In Kerala where Christians have a large population, members of the community have raised concern over this phenomenon, Singh told reporters here.

War Of Words Between Gehlot And BJP Over 'Love Jihad'

The Union minister, who represents the state's Begusarai Lok Sabha seat in the Lok Sabha, made the remark apparently referring to allegations by the Syro-Malabar church that Christian girls were being targeted and killed in the name of love jihad.

This menace needs to be rooted out and it will be desirable if Bihar comes out with legislation to prevent love jihad. The government in the state should realize that curbing love jihad and population control are linked to social harmony and do not tantamount to promoting communalism, said Singh, who is known for his hard-line.

Formerly a member of the Nitish Kumar cabinet in the state, Singh is known to be foremost among detractors of the chief minister who swears by his zero tolerance for the three Cs crime, corruption and communalism.