National Bihar: 71 Corpses Recovered From Ganga, All Floated Downstream From UP, Say Officials 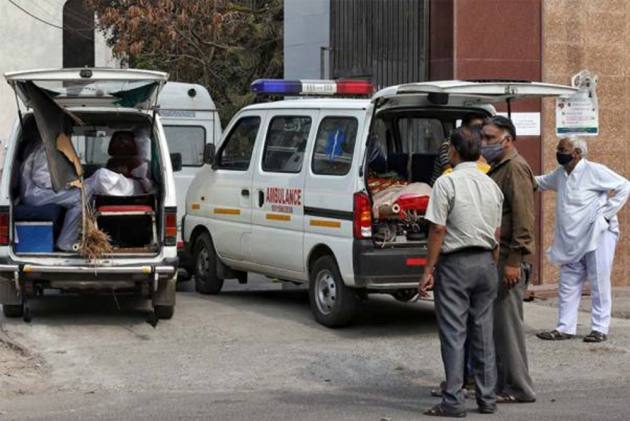 Corpses were found floating in the Ganga river in Uttar Pradesh’s Ghazipur on Tuesday, reports claimed.

This is the second such incident being reported, as scores of semi-decomposed bodies of suspected Covid-19 victims were found floating in the Ganges in Bihar’s Buxar district on Monday.

While the total number of bodies that have been dumped in the river is still unclear, authorities in Bihar have said that they have so far recovered 71 corpses. Officials at Buxar have also maintained that the bodies found there didn’t belong to natives of Bihar and that they had floated from neighbouring Uttar Pradesh.

This development comes in the backdrop of crematoriums across the country running out of space and manpower to perform the last rites of Covid-19 victims due to a massive surge in the number of infections.

Bihar water resources minister Sanjay Kumar Jha, a key aide of Chief Minister Nitish Kumar, came out with a series of tweets, asserting that the bodies had flown downstream from neighbouring Uttar Pradesh.

"The Bihar government is seized of the matter of unfortunate case of floating mortal remains in river Ganga...The bodies have floated into Bihar from UP," said Jha, adding, doctors have confirmed upon post-mortem that the deaths had taken place "four-five days" ago.

1/3 The Bihar Government is seized of the matter of unfortunate case of floating mortal remains in river Ganga, near Chausa village in Buxar district. The bodies have floated into Bihar from UP. Upon postmortem, our doctors have confirmed that these are 4-5 days' old bodies.

He said the chief minister was pained at both the tragedy as well as the "harm" to river Ganga.

"He has always been particular about the purity and uninterrupted flow of the river and has asked the administration to intensify patrolling to ensure this is not repeated.

"Last rites of 71 bodies performed as per protocols. A net has been placed in the Ganges in Ranighat, bordering UP and Bihar. We have advised the UP administration to be vigilant. Our administration is keeping vigil, too. Advise all to give respect to the dead and also to Maa Ganga," Jha added.

3/3 Last rites of 71 bodies performed as per protocols. A net has been placed in Ganges in Ranighat, bordering UP & Bihar. We've advised UP administration to be vigilant; our district admin is keeping vigil too. Advise all to give all respect to those dead, and Maa Ganges.

A large number of bloated corpses were seen floating in the river bed in Chausa block of Buxar district on Monday, triggering shock waves.

Though some news channels claimed these were of Covid-19 patients who might have been abandoned by resource-starved family members or dumped by callous officials, the local administration had strongly denied the same, asserting that none of the deceased was a local resident, and the bodies had flown downstream from adjoining UP districts.