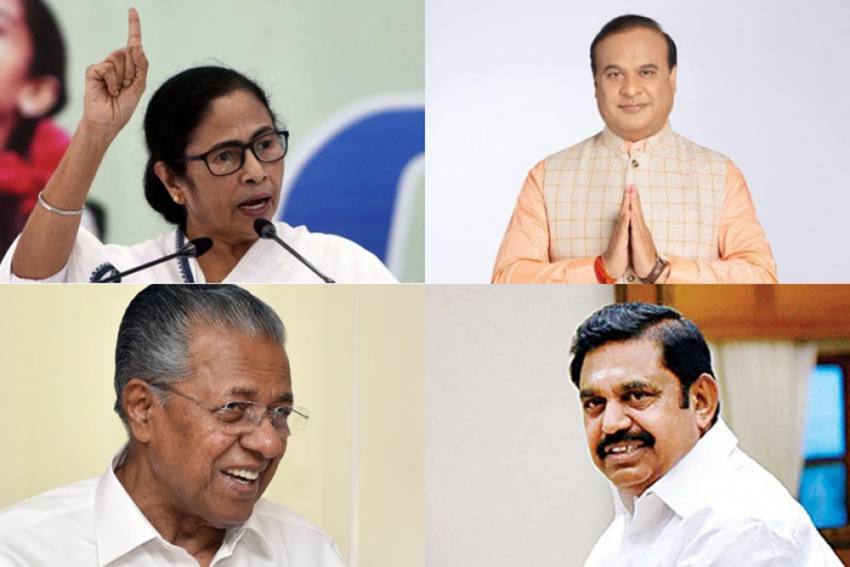 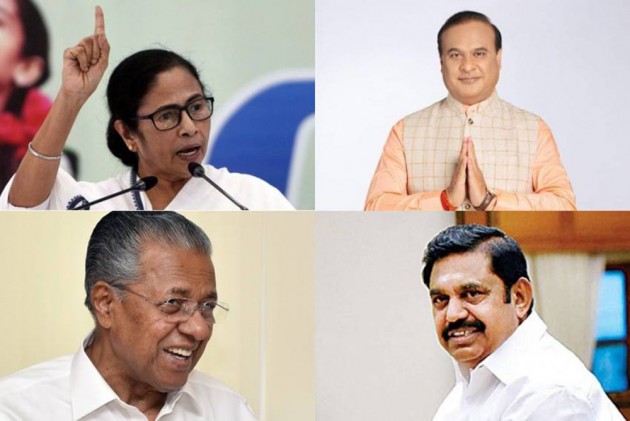 The ruling Trinamool Congress appeared set to retain power in the battleground state of Bengal despite a much improved show from the BJP even as the early trends on counting day went as per predictions of the exit polls.

In Assam, the BJP-led alliance is well on course to retain power while in Tamil Nadu, the opposition DMK appeared set to end the ten-year reign of the AIADMK. In Kerala, the ruling Left front too appeared set to retain power. In the Union territory of Puducherry, the BJP led alliance is well ahead in the race to form the government, the trends show.

The bitterly-fought assembly elections were held amid a devastating second wave of the Covid-19 pandemic. Exit polls predict a close call in West Bengal, where chief minister Mamata Banerjee and her Trinamool Congress is facing off against the BJP, which is expected to retain neighbouring Assam. Down south, Tamil Nadu is expected to throw a surprise with the DMK’s victory, while Congress is likely to lose Puducherry to the BJP. As for Kerala, the exit polls predict a win for the LDF.

There are 2,364 counting halls as compared to 1,002 halls in 2016 in 822 assembly constituencies due to the coronavirus guidelines, says the Election Commission which drew flak from the courts over the conduct of polls during the pandemic.

Apart from at least 15 rounds of sanitisation at each centre, social distancing and other precautions, including a ban on gatherings, will be strictly followed during the counting by 95,000 officials.