Twenty-three animals have died in Kaziranga National Park (KNP) after floodwaters left nearly 90 per cent of the park inundated. 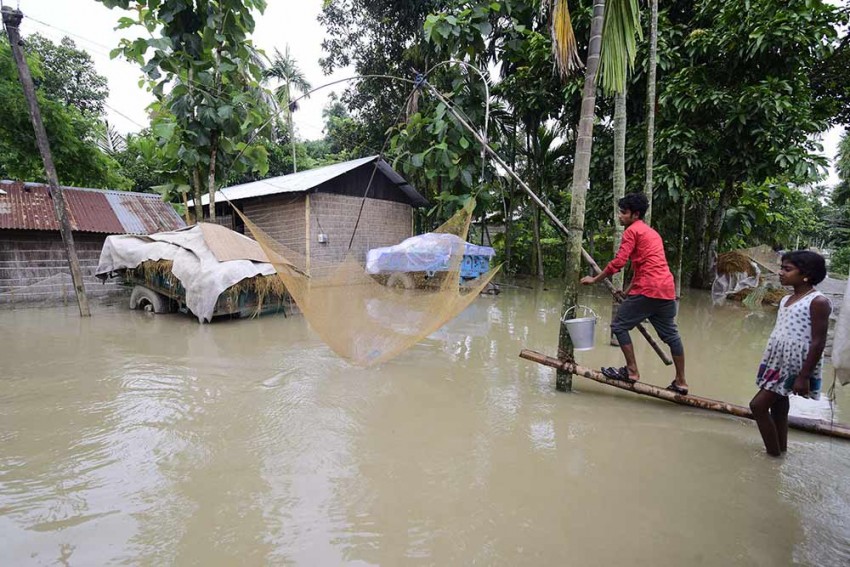 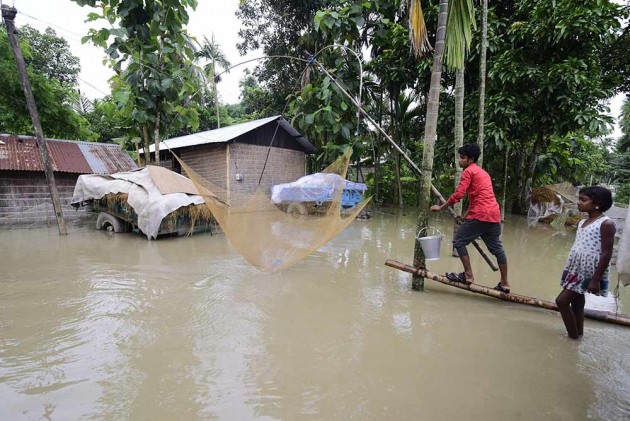 At least 15 people were killed and nearly 43 lakh were affected as floodwaters submerged 30 of the 33 districts in Assam throwing life into disarray. Four people have lost their lives in the last 24 hours alone in Goalpara, Morigaon, Nagaon, and Hailakandi districts.

Twenty-three animals have died in Kaziranga National Park (KNP) after floodwaters left nearly 90 per cent of the park inundated.

Waters from several rivers passing through or flowing on the peripheries of the park, including the Brahmaputra, have flooded most of the landmass in the park.

Eight hog deer and one Sambar have been killed after being hit by vehicles. Five hog deer and one wild boar have drowned so far, while five have died due to other reasons during this wave of floods. Another three hog deer died at the Centre for Wildlife Rehabilitation and Conservation.

Water-level of most of the rivers is flowing above the danger limit at various places in the state.

Prime Minister Narendra Modi on Monday telephoned Assam Chief Minister Sarbananda Sonowal and assured him of all the support from the centre to bail the state out of the situation.

Sonowal apprised the PM of the large-scale devastation that the flood has caused on the people and economy of the state and the details of relief, rescue and rehabilitation operations undertaken by the state government.

Sonowal has also appealed to the people to make contributions to the CM’s Relief Fund to combat the ongoing crisis.

Altogether 155 of the 199 anti-poaching camps at the Kaziranga National Park were affected by floodwaters.

“Teams for rescue operation of a distressed animal, as per necessity, are kept in readiness. The Special Rhino Protection Force is also deployed in vulnerable locations of the park, said Sailendra Pandey, an official of the department.

The floods have cut the NH 37 at Bokakhat with the rest of entire upper Assam and the part is now completely disconnected from the rest of Assam.