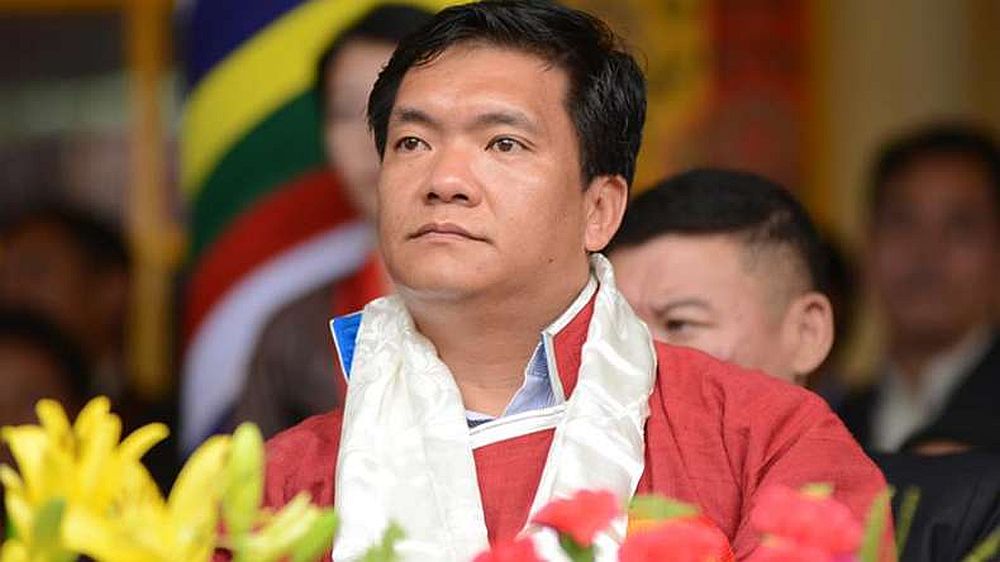 Khandu said he has already spoken to his Assam counterpart Himanta Biswa Sarma, who he said agreed to resolve all the issues through bilateral talks.

“The state government had constituted a High Power Committee under the chairmanship of Home Minister Bamang Felix which has already conducted several rounds of consultative meetings with stakeholders on the matter," said Khandu.

The chief minister added that the Committee will hold a meeting with all MLAs and deputy commissioners of the districts sharing boundary with Assam on August 26.

Khandu said that the groundwork under process is based on the recommendations made by the one man Local Boundary Commission constituted by the Supreme Court.

The function was organised to thank Prime Minister Narendra Modi for passing the Constitution (Scheduled Tribes) Order (Amendment) Bill, 2021, in the recent session of Parliament.

On the contentious issue of Chakma and Hajong refugees settled in the state, the chief minister reiterated that as per prevailing acts and laws no non-indigenous tribe of Arunachal Pradesh can permanently settle in the state.

“The Chakma and Hajong settlers are also human. They too are suffering a lot here. Therefore, we have to evolve a win-win solution for both and our indigenous tribes,” he said and urged the MPs, particularly Union Law Minister Kiren Rijiju to pursue with the central leadership for a permanent solution.

Khandu further said that the matter related to property rights to girl child in the state needs consultancy and a proper debate involving all the stakeholders of the state.

“We all love our daughters and want to give them equal rights be it of education, employment or property. But this matter needs a proper debate and consultancy with regard to our indigenous identity and tribal rights specifically on property and inheritance rights,” Khandu said.

Speaking on polygamy the chief minister said that it needs to become obsolete in today’s world.

“The practice must have been socially accepted in the past due to various reasons but I do not think it is relevant today. Instead of helping the family, the practice of polygamy affects and destroys and lives of women of the family,” he said.

Lauding the State Commission for Women, Arunachal Pradesh Women's Welfare Society and Arunachal Pradesh State Commission for Protection of Child Rights for painstakingly compiling a draft bill on these subjects, Khandu assured that it would be studied in detail and extensive consultancy meetings would be held with all stakeholders to incorporate their views and suggestions before finalising a final draft.

While expressing gratitude to the Centre under the leadership of Prime Minister Narendra Modi for passing the Constitution (Scheduled Tribes) Order (Amendment) Bill, 2021, in the recent session of Parliament, Khandu termed it fulfilment of a demand pending since decades.

Khandu said the inclusion of the left-out indigenous tribes of the state in the constitutional list would not have been possible without the constant persuasion by the three MPs from the state, Kiren Rijiju, Tapir Gao and Nabam Rebia, and the concern of prime minister.

“On behalf of the newly included tribes and the people of Arunachal I extend my heartfelt gratitude to Prime Minister Modi, Union Tribal Affairs minister Arjun Munda and the MPs of the state and country, especially of BJP,” he said.

Khandu expressed optimism that it would go a long way to ensure the rights of every tribe in the state.

Felicitating Rijiju on his first visit to his home state as cabinet minister for Law and Justice, Khandu hailed the BJP government at the Centre for recognising Rijiju’s calibre and appointing a tribal from Arunachal Pradesh, as a cabinet minister of such an important portfolio.

“It is a proud moment for us as Rijiju is not only the first Arunachalee to become a cabinet minister but the first tribal in the country to hold the Law and Justice portfolio,” he said.

The chief minister requested Rijiju, who was also present in the function, to positively consider and fulfil the local demand for establishment of a permanent High Court for the state.

Khandu said that the high court building coming up at the present Itanagar Bench of Gauhati High Court site at Naharlagun is designed in a way to accommodate an independent High Court. (With PTI inputs)