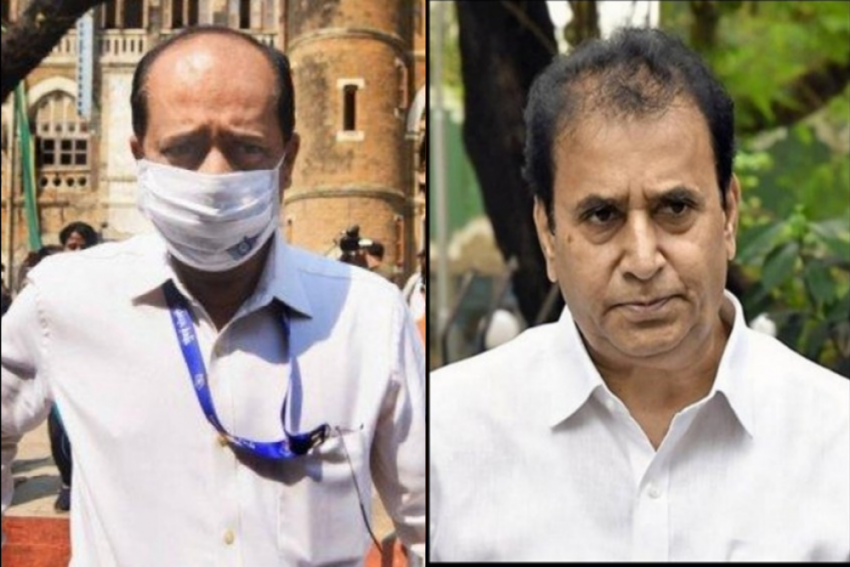 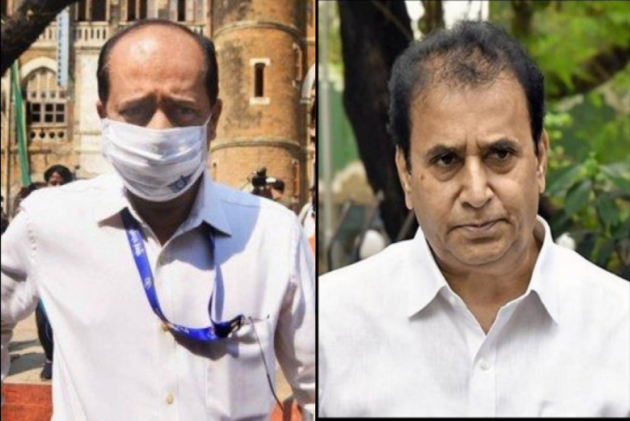 In a related development, a report submitted by the Mumbai Police to the Home department said Vaze was reinstated in the Crime Intelligence Unit in June last year on the insistence of the then police commissioner Param Bir Singh despite strong objection raised by the then Joint CP (crime).

Vaze, in news since an SUV laden with explosives was found parked near industrialist Mukesh Ambani's residence here in February-end, has continued to hog the limelight with new revelations related to him and a clutch of important persons coming out almost daily.

Vaze on Wednesday claimed Deshmukh had demanded Rs 2 crore from him to continue his service in the Mumbai Police force and alleged state minister Parab asked him to collect money from some contractors in Mumbai.

Vaze, who was reinstated in the police service last year, made the sensational claim in a letter which he tried to submit before a special NIA court here.

However, special judge PR Sitre refused to take his letter on record and asked him to follow the required procedure.

The suspended assistant police inspector, an accused in the explosives case and the subsequent death of businessman Mansukh Hiran, is currently in the NIA custody.

Deshmukh, a senior NCP leader, resigned as home minister on Monday after the Bombay High Court ordered a CBI probe into corruption allegations levelled against him by former Mumbai police commissioner Singh.

"I duly was reinstated in service on June 6, 2020. That soon after my reinstatement there were certain agitators (people, who wanted) to reverse the reinstatement. Apparently, then it was ordered by (NCP president) Sharad Pawar to again place me under suspension.

"That, at that time the then home minister sir (Deshmukh) also told me that he will convince Pawar saheb and for that purpose he (Hm sir) asked me to pay Rs 2 crore," Vaze claimed in the four-page handwritten letter.

Vaze (49) said he expressed his inability to pay such a huge sum.

"I had expressed my inability to pay such an amount. On this, the home minister sir asked me to pay in later course," he added.

Vaze claimed that at a meeting in the Sahyadri guest house in south Mumbai, Deshmukh had asked him to look into a complaint related to the Saifee Burhani Upliftment Trust (SBUT) which was under preliminary enquiry.

SBUT is a non-profit organisation tasked with carrying out a mega redevelopment project in the Bhendi Bazaar area of south Mumbai.

Deshmukh had asked him to bring the trustees of the SBUT to him for "negotiation" about the enquiry, Vaze claimed.

"He also insisted to initiate primary talks to get Rs 50 crore from the SBUT in order to close the said enquiry. I had expressed my inability to do any such things as I do not know anyone from the SBUT and I also did not have any control over the enquiry," Vaze added.

Vaze's letter claimed that in January 2021, minister Parab asked him to look into an inquiry against "fraudulent" contractors listed in the BMC and collect at least Rs 2 crore from about 50 such contractors.

Parab, a Shiv Sena leader, rejected Vaze's claims and said he was ready to face any probe into the allegations.

Talking to reporters, Parab said, "I swear in the name of Shiv Sena supremo Balasaheb Thackeray and my two daughters that I haven't done anything wrong."

He said there was a BJP strategy to malign the image of Chief Minister Uddhav Thackeray and the MVA government.

"By targeting me, a close aide of the chief minister, they think they can put the government in trouble. BJP leaders have been saying for the last two days that another wicket will fall. This conspiracy was being hatched that time as they knew Vaze will give such a letter," Parab said.

The letter also claimed that Deshmukh had asked Waze to collect Rs 3 lakh to Rs 3.5 lakh each from around1,650 bars and restaurants in Mumbai (this claimed had been made by Waze earlier also).

The suspended cop claimed to have informed the then police commissioner Singh about these developments.

Meanwhile, a special NIA court allowed the CBI to question Vaze in connection with its preliminary enquiry (PE) launched to investigate the allegations of corruption raised by Singh against Deshmukh.

The Central Bureau of Investigation (CBI) had filed an application before the court seeking permission to question Waze, currently in the custody of the National Investigation Agency (NIA).

Judge Sitre heard the CBI's plea while extending the NIA custody of Waze till April 9. Waze was arrested by the anti-terror agency on March 13.

Singh had filed a petition in the HC seeking a CBI probe against Deshmukh, alleging the NCP leader had asked Waze and other police officers to extort Rs 100 crore from bars and restaurants when he was the home minister.

Deshmukh had denied the allegations.

The Mumbai Police report said Vaze bypassed hierarchy and reported directly to the then Commissioner of Police (read Singh), and he even attended ministerial-level briefings along with the CP in important cases like the TRP scam, DC (Dilip Chhabria) car finance case, Mukesh Ambani security scare case.

The decision to reinstate the "encounter specialist" Vaze, who was suspended after the alleged custodial death of bomb blast accused Khwaja Yunus in 2003, in the Mumbai Police force was taken at a meeting held on June 5, 2020.

The reason given for revoking the suspension of Vaze and 56 other police officers and staffers, was a shortage of manpower due to the coronavirus pandemic.

The report said the then Joint Commissioner of Police (crime) had raised a strong objection against Waze's posting in the CIU. However, on the insistence of then CP Mumbai (Singh), the order was issued "out of helplessness" on June 9 and Vaze joined the CIU.

Meanwhile, statements of two Mumbai police officers have been recorded in connection with Singh's allegations against Deshmukh, an official said.