Amid Covid Crisis, Himachal Police Crack Down On Drug Mafia In Mandi, Kullu 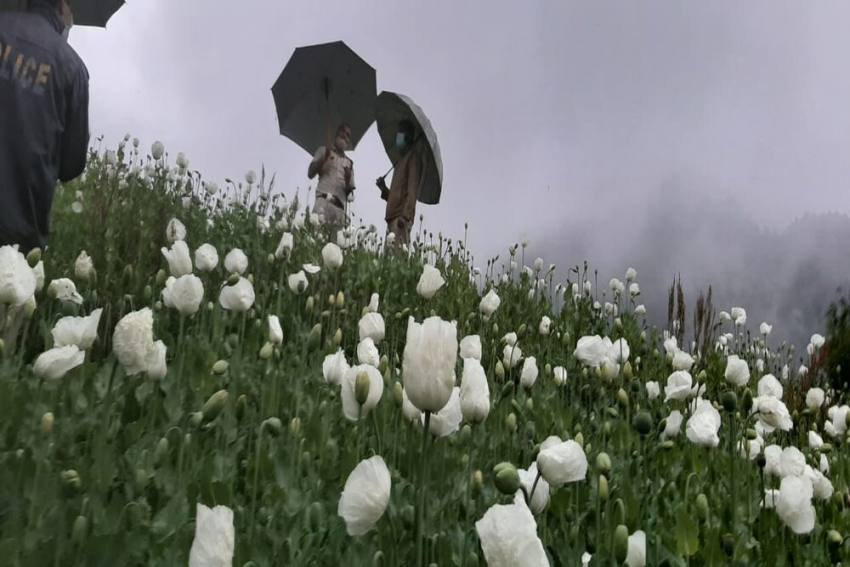 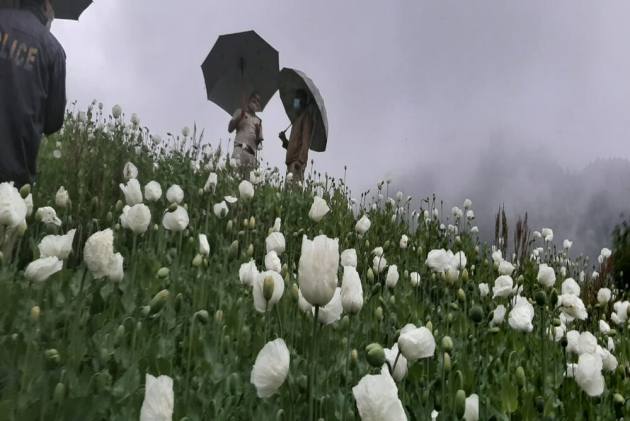 Amid the brutal second wave of the Covid-19 pandemic sweeping the state, Himachal Pradesh police have not lost their focus on the drug mafia, which is thriving in some of the districts like Kullu and Mandi by illegally growing cannabis and poppy.

During the past 24 hours, Kullu police have destroyed 14,344 poppy plants in Banjar and Ani areas in the interiors of the district after local residents tipped them off.

But the biggest ever catch was in Mandi’s Chauhar valley where it took the police a five-hour walk to find poppy growing on 66 bighas of private land. The operation, led by sub-divisional police officer (SDPO) Lokinder Negi and SHO Padhar Anil Kumar, took 17 to destroy the 15 lakh poppy plants.

“We got the information about largescale cultivation of the poppy through secret channels. A team of senior officers conducted due verifications,” said Mandi superintendent of police Shalini Agnihotri. “There were fears about the notorious mafia foiling the raid also. Thus, the operation was planned meticulously,” she added.

The police also took help of the revenue officials particularly Patwari and panchayat Pradhan. Four teams were set up and raided the place from different routes.

“When the teams reached Garh village under sub-tehsil Tikken, Padhar, they first found a patch of land covered with poppy plants. As they proceeded further, the teams were astonished to see three hill tops looking like a carpet of white flowers. On closer examination, they found that all the hill tops had poppy plants in full bloom,” she said.

The teams destroyed the crop amid heavy rain and hailstorms after realizing that waiting for the bad weather to recede was no good since the news of their raid had already spread.

The teams climbed the three hills one by one and had to trek almost three hours to reach the first hilltop. After descending each hill, the team went up the next.

Four cases have been registered so far under section 18 of the NDPS Act at Padhar police station. Accordig to estimates, around 5-6 kilograms of “afeem” (opium) is produced on one bigha of land and is sold at approximately Rs 3 lakh per kg.

“So, 330 kg of opium produced from this area would have a market value of approximately Rs10 crore,” director-general of police Sanjay Kundu said.

This was the biggest haul by Mandi police although reports of opium being grown in abundance in Banjar, Ani, Malana, Bhelang, Melandar in Kullu and interiors of Mandi district, especially Chauhar and Balh, have been a common knowledge.