On Thursday, Delhi’s air quality index dropped to its worst level since December 2019. 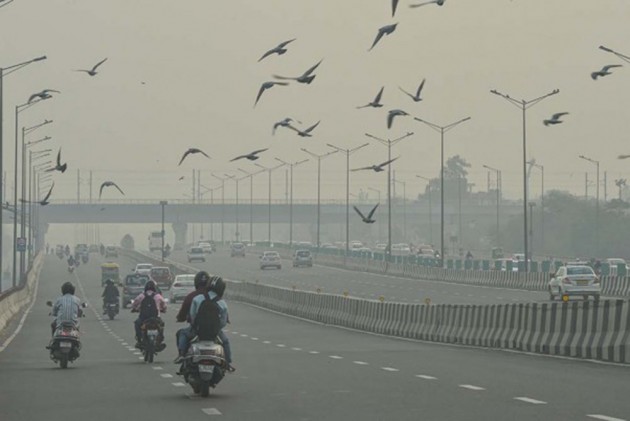 Air pollution may increase the spread of Covid-19 infections as it aggravates coughing and sneezing, government officials told a parliamentary panel on Friday, according to sources.

Top officials of the Union environment and health ministries, representatives of the governments of Delhi, Haryana and Punjab and officials of the Central Pollution Control Board (CPCB) deposed before the Parliamentary Standing Committee on Urban Development to find a "permanent solution" to air pollution in the national capital and adjoining areas.

The agenda of the meeting was to deliberate upon "steps taken for prevention of air pollution and special emphasis on finding permanent solution to air pollution in Delhi and NCR."

In a presentation before the panel, officials from the central government expressed concern over the threat of Covid-19 spreading faster due to air pollution. "Increase in air pollution may increase episodes of coughing and sneezing spreading the Covid-19 virus faster. There’s more particle surface for the virus to stick to and get transported over greater distance and may potentially survive longer," the health ministry said in the presentation to the committee.

Citing a Lancet study, the health ministry said, that on an average, “there is a loss of 1.7 years of life expectancy in India due to air pollution." The ministry further said that residents in Delhi experience 1.7 times higher risk of respiratory ailments and prevalence of breathing problems and 10,000 to 30,000 air pollution deaths are reported annually. The environment ministry, in its presentation, also shared the details of the status Delhi’s air quality during the last four years between 2016 and 2019. As per the presentation, air quality in Delhi was recorded under the “good” category for only four days during this period and was “very poor” for 319 days and “severe” for 78 days.

Delhi's air quality on Thursday dropped to its worst level since December 2019 with farm fires accounting for 42 per cent of its pollution, the maximum this season so far, according to data from central government agencies.

The haze thinned on Thursday with higher wind speed helping in dispersion of pollutants. However, the 24-hour average air quality index (AQI) was recorded at 450, the highest since December 30 last year, when it was 446.