President Trump will pay a state visit to India on February 24 and 25 at the invitation of Prime Minister Narendra Modi. Trump will be accompanied by a high-level delegation including First Lady Melania Trump. 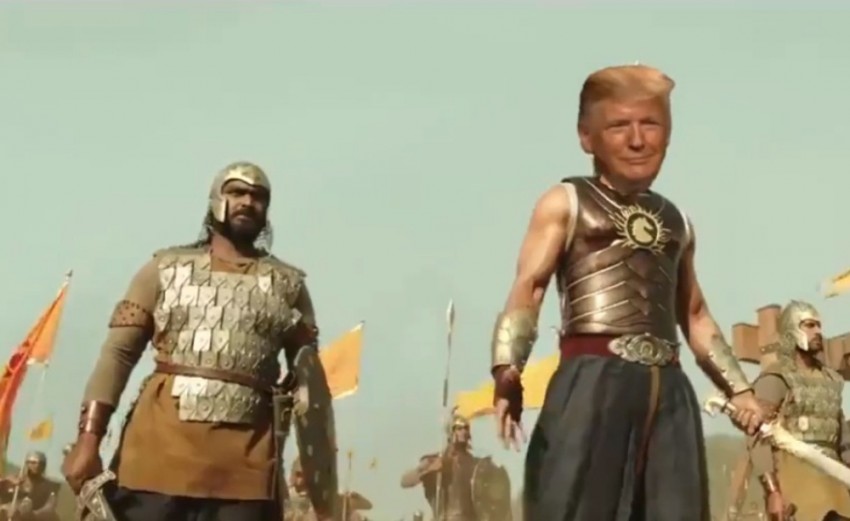 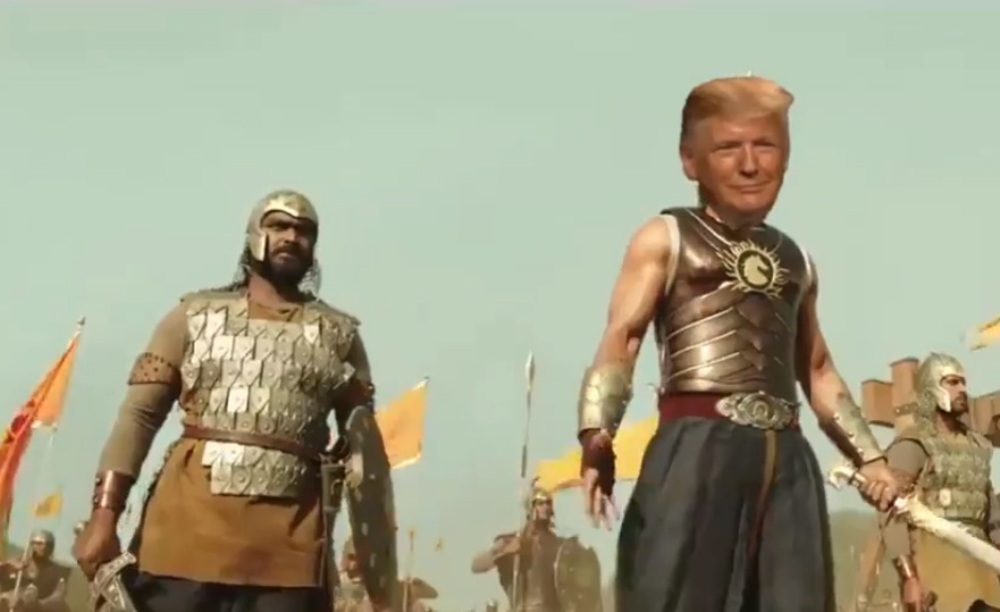 US President Donald Trump on Saturday said he was looking forward to being with his "great friends" in India next week as he retweeted a short video in which his face was superimposed on the hit movie-character Bahubali, showing the president as a great saviour bringing peace to his kingdom.

President Trump will pay a state visit to India on February 24 and 25 at the invitation of Prime Minister Narendra Modi. Trump will be accompanied by a high-level delegation including First Lady Melania Trump, the President's daughter Ivanka Trump, son-in-law Jared Kushner and a galaxy of top American officials.

"Look so forward to being with my great friends in INDIA!" Trump said in a tweet on Saturday.

The president, who arrived at the White House following four days of hectic political campaigning in the western parts of the country, had no public engagements on Saturday.

Trump did not go for a round of golf, which is normally the case for him on a bright sunny weekend day in Washington.

"To celebrate Trump's visit to India I wanted to make a video to show how in my warped mind it will go... USA and India united!" the handle Solmemes1 tweeted in the original post with the video.

Trump appears as a great saviour, in the short animated clip, riding on a chariot with First Lady Melania. A few stills later, Trump is seen riding a horse carrying on his soldiers his son Donald Junior and daughter Ivanka.

Later, he is welcomed by Prime Minister Narendra Modi in a village setting. Hundreds and thousands of people are seen welcoming Trump in the video.

"This week Trump will visit India and in celebration I have created a new meme for the occasion... You few, who are my patrons, get to see it first!" Sol told viewers on subscription content service Patreon on Saturday. A few hours later, Trump retweeted the video.

In the Twitter description, Sol describes herself as "award winning master memetician, professor of memology at University of GFY, my views are my own and not associated with real life."

The Trump-Bahubali video, which ends with "USA and India United", went viral after Trump retweeted it. In a few hours, it was seen by nearly 6 lakh people.

Look so forward to being with my great friends in INDIA! https://t.co/1jdk3AW6fG

Sol in one of her previous posts, dated January 23, writes she was inspired by a video of Bahubali sent to her by a friend, which is the story of 'good defeating evil.'

This inspired Sol to create her first Bahubali-theme meme. The video, lasting 93 seconds, is titled "Jiyo Re Baahu Trump", in which the First Lady is seen wearing a saree. "Jiyo Re Bahubali," is the theme song of the video.

"I just loved this video when I saw it! A friend sent it to me and he told me that it is the story of Good defeating evil... it was so fitting I had to make it (meme)..." Sol wrote in her post.

Sol's posts show that she is an admirer of the President and the First Lady.

Sol's January 23 video was released at the peak of Trump's impeachment proceedings.

Trump is seen being greeted by an elephant, who bears the logo of the Republican Party.

Towards the end of the video, Trump is seen riding the elephant, and putting on fire the effigy of "Raavan" marked as "D" in a big circle representing the opposition Democratic Party.

An arrow is given by warrior Narendra Modi to the First Lady, who then passes it on to Trump, before he lights the effigy.

Trump's visit to India provides an opportunity for the two countries to improve their bilateral relationship and strengthen strategic interests, say senior officials.

After Barack Obama, Trump is the only other US President to visit India in his first term.

Issues expected to be discussed during the visit include an open Indo-Pacific, reduced trade barriers, boost to counter-terror cooperation and mitigating Indian concerns over H-1B visas.