Members of the Dawoodi Bohra community met the PM and felicitated him by draping a traditional 'angvastram' around his shoulders. 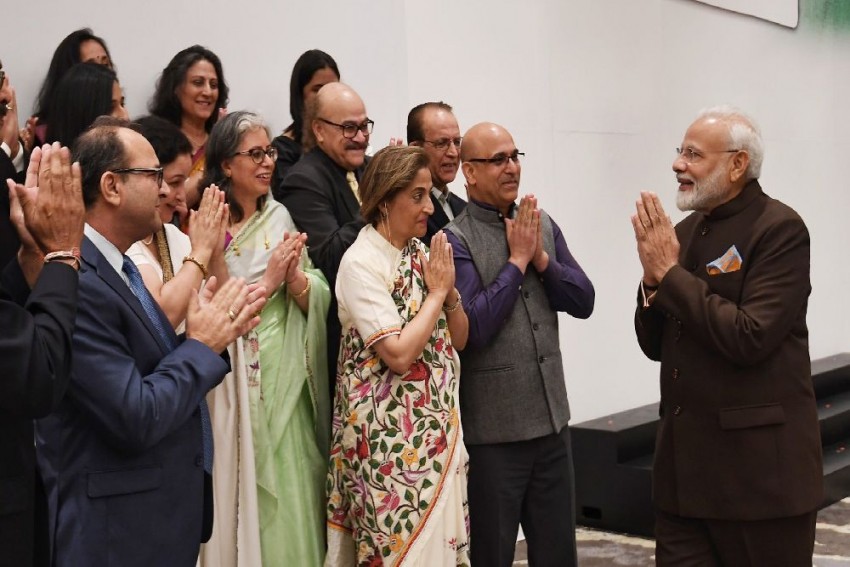 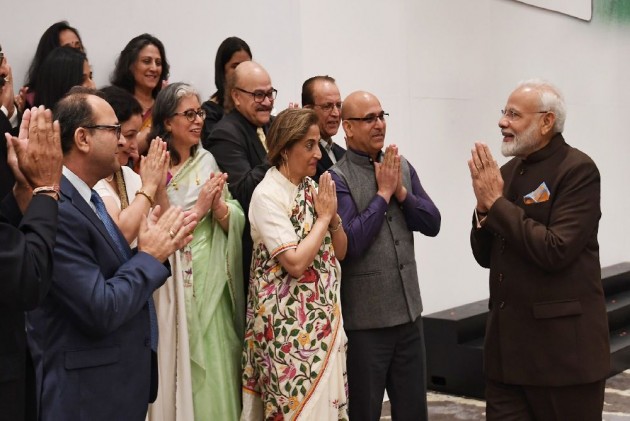 A delegation of the Kashmiri Pandit community met Prime Minister Narendra Modi in Houston, and "unequivocally supported" the revocation of Jammu and Kashmir's special status and it being made part of the rest of the country.

"In Houston, a delegation of the Kashmiri Pandit community met the Prime Minister. They unequivocally supported the steps being taken for the progress of India and empowerment of every Indian," the Prime Minister's Office (PMO) tweeted.

He also met a delegation of Sikhs and members of the Dawoodi Bohra community.

Members of the Dawoodi Bohra community met the PM and felicitated him by draping a traditional 'angvastram' around his shoulders.

"The Dawoodi Bohra community felicitates PM @narendramodi in Houston. They recall Modi's visit to Indore last year to attend a programme of their community as well as highlight Modi's association with Syedna Sahib," the PMO said in another tweet.

Modi also met members of the Sikh community who cheered him and placed an orange 'angvastram' around his shoulders in a mark of felicitation.

"Here is now the Sikh community in Houston welcomed PM @narendramodi. The Prime Minister interacted with the members of the community, during which they congratulated PM Modi on some of the pathbreaking decisions taken by the Government of India," the PMO added.

The Prime Minister is on a seven-day visit to the US. On Sunday, he is scheduled to address over 50,000 Indian diasporas at the mega 'Howdy Modi!' event, where even Trump will share the stage with the Indian leader.