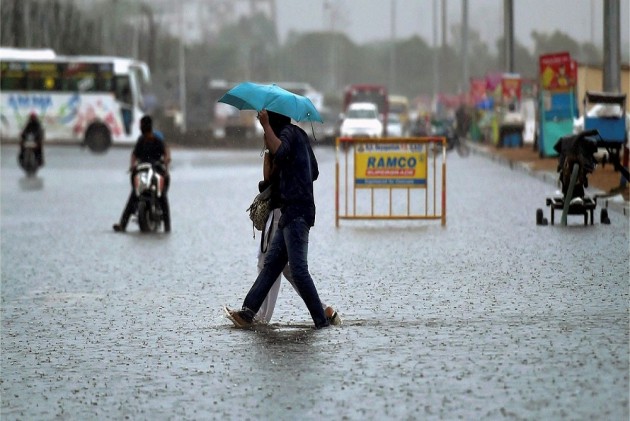 Slammed by the severe cyclonic storm Nivar early Thursday, Tamil Nadu is likely to receive another spell of very heavy rainfall as a fresh low-pressure area is expected to form in the Bay of Bengal from November 29 onwards, the IMD said.

"We are closely monitoring it (the low-pressure area)," Mohapatra said.

Cyclone Nivar, which hit the Tamil Nadu coast as a ''very severe cyclonic storm'' in the early hours of Thursday, has brought heavy rains over the state, especially in its northern parts.

The IMD has also issued an amber-coloured warning (second most dangerous in the list) for coastal Andhra Pradesh on November 27.

The Bay of Bengal witnesses formation of cyclones, especially during October-December months. The period also brings the Northeast Monsoon over Tamil Nadu, Puducherry, parts of Kerela, Andhra Pradesh and Karnataka.