A key aide of Kejriwal told Outlook that the party plans to 'seriously adopt Hanuman ji as its mascot the same way as the BJP has co-opted Bhagwan Ram over the past three decades.' 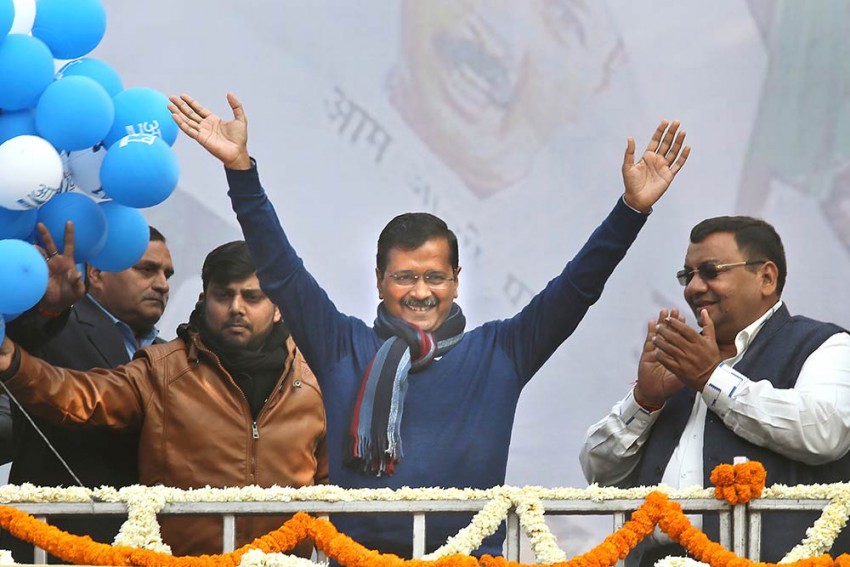 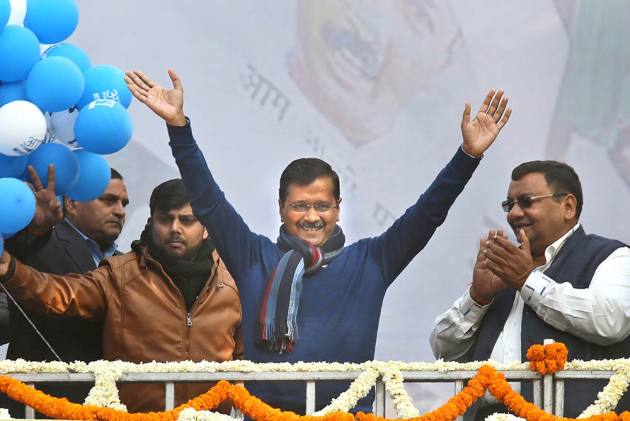 As leads turned into results for the Delhi Assembly polls on Tuesday, giving the Aam Aadmi Party a near encore of its unprecedented 2015 electoral victory, Arvind Kejriwal told his followers: “This is the day of Lord Hanuman who has blessed the people of Delhi.”

A few days earlier, Kejriwal had stumped many, including leaders of the BJP, by declaring to a TV News channel that he was a “kattar Hanuman bhakt”, following which he recited the Hanuman Chalisa. Days later, the Delhi CM paid a visit to a Hanuman temple, riling the Hindutvavadi BJP further.

Now, armed with the “blessings of Hanuman ji”, who he credited for ensuring his party’s second consecutive win in the national capital, Kejriwal said he prayed to the main lieutenant of Lord Ram to “show us the right path” to serve Delhiites for the next five years.

Kejriwal’s decision to project himself as a “kattar Hanuman bhakt” was not sudden, say AAP sources. In fact, Jai Bajrangbali or Jai Hanuman is likely to be become the AAP’s riposte to BJP’s decades-old Jai Shri Ram chant from now on whenever political slugfests between Delhi’s re-elected ruling party and its saffron rival turn into a match of competitive Hindutva.

A key aide of Kejriwal told Outlook the party plans to “seriously adopt Hanuman ji as its mascot the same way that the BJP has co-opted Bhagwan Ram over the past three decades”. The reason: “The BJP can’t brand AAP as anti-Hindu or anti-national if our leader positions himself as a staunch disciple of Hanuman ji who was the staunchest ally of the very god (Lord Ram) around whom the BJP’s entire politics revolves.”

Whether or not Kejriwal’s Hanuman gambit will pay off in endearing himself and his party to the BJP voter in the years to come is too premature a prediction to make. Equally unclear is whether this competitive bhakti between the AAP and BJP could upset the former’s liberal or left-of-centre vote bank, which has been instrumental in propelling the party to its present status.

The Congress party, as the assembly poll results have once again shown, is a dead alternative in Delhi for the non-BJP voter. The Muslims, AAP sources say, “have no other option” but to vote for Kejriwal despite his overt soft Hindutva pitch, which forced the party to remain silent on the Citizenship Amendment Act, support the abrogation of Article 370 and not just maintain a calculated distance from the Shaheen Bagh protests but saw the chief minister vocalize that he would have had the protest hotspot cleared “within 2 hours” if the Delhi police were under his control.