Fires are a regular affair at Simlipal biosphere reserve. But there’s something different this time

A prolonged dry spell coupled with a sudden rise in February temperature triggered unprecedented forest fires in central and eastern Indian states, including Odisha. Absence of post-monsoon rains last year led to a drier winter. A sudden onset of summer from February acted as a perfect fuel for the rise in wildfire. 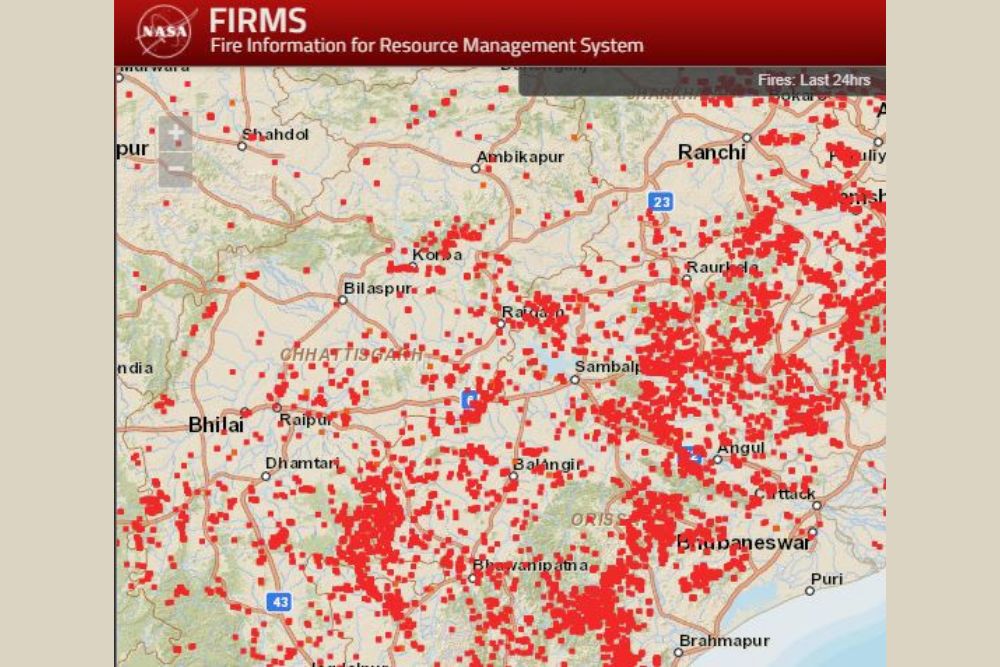 Satellite images taken from the NASA website indicate that the fires have spread during the last 24 hours. Image: NASA

The fire was probably started by people lighting up the dry leaves to clear the forest bed for collecting forest produces like sal seeds, mahua flowers besides smuggling timbers and poaching. The fire has spread in 8 of the 21 forest ranges of Simlipal, home to a large variety of other flora and fauna, including 94 species of orchids, 55 species of mammals, 304 species of birds, 60 species of reptiles, 21 species of amphibians, 38 species of fish and 164 species of butterflies.

In Similipal, the north and south parts of the tiger reserve have reported close to 300 fire points. Though forest fires are a regular affair at Simlipal, this time the problems are more towards the fringe areas.

The fire in Similipal biosphere reserve came at a time when Odisha topped the list of forest fire incidents with 12, 614 fire spots since February 27 as per the Forest Survey of India’s fire alerts system based on SNPP (Suomi National Polar-orbiting Partnership). Telangana came a distant second with 4,490 fires in the same time. Odisha saw 16,494 forest fires since November 1 last year, the highest among all the states.

The Principal Chief Conservator of Forest (wildlife) Sashi Paul who visited Similipal two days ago claimed that the fire has not led to any loss of wildlife, as core of the tiger reserve was not affected. 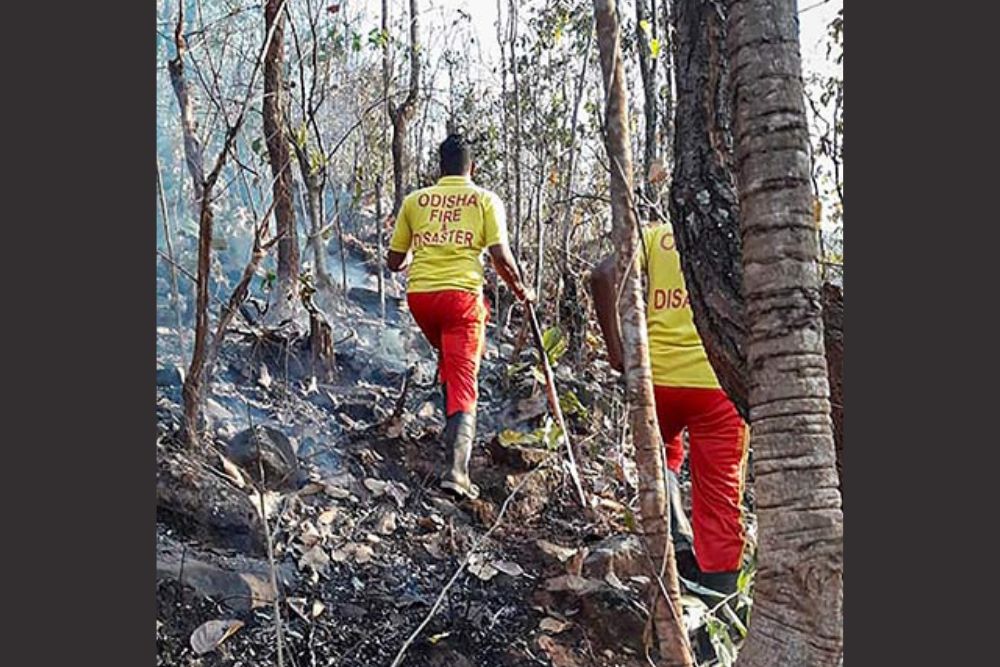 Fire Service personnel inspect the the charred forest area of Similipal National Park days after a fire broke out, in Odisha. Image: PTI

Similipal has been overrun by poachers. Last month, in the biggest ever seizure of ivory in Odisha in recent years, a team of forest officials seized 45 kg of ivory kg from two tribals in an undercover operation. In 2011, at least 14 elephants were killed by poachers inside the reserve.