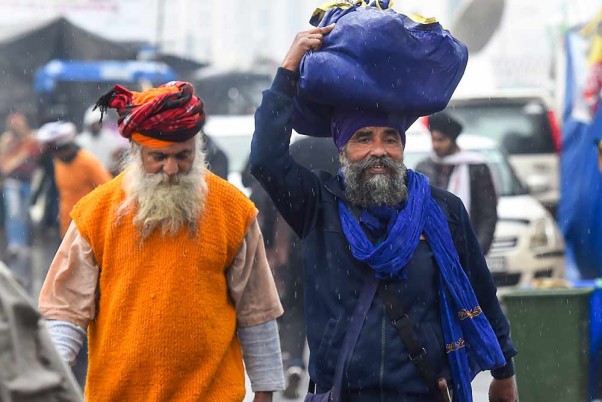 Three more farmers, who were part of the protests at the Delhi borders against the Centre's new farm laws, have died, police said on Sunday.

One of the farmers died of cardiac arrest, another was suffering from fever while the cause of the death of the third farmer could only be ascertained after post-mortem, they added.

Shamsher was part of the protests at the Singhu border while Jagbir was participating in the agitation at the Tikri border.

Shamsher had complained of chest pain on Sunday morning, a police official said, adding that the cause of his death could only be established after post-mortem.

Jagbir passed away at the Tikri border, an official of the Bahadurgarh police station said.

He died of a heart attack, the police official said, adding that the body was handed over to his family after post-mortem.

Jashandeep died on Saturday evening, the police said, adding that he had gone to support the agitating farmers at the Tikri border.

Jashandeep was suffering from fever and was taken to the PGIMS, Rohtak, where he breathed his last.

Farmers from different parts of the country, including Haryana and Punjab, have been camping at various border points of Delhi for more than a month now to demand a repeal of the three recent farm laws of the Centre.

Talking to the media in Sonipat, he said the situation has become "worrisome" while pointing out that some of the protesting farmers have died in the last 24 hours.

Hooda urged the government to scrap the farm laws without further delay.