A video of the purported incident showed several villagers carrying sticks and forcing the alleged cattle-transporters to do sit-ups holding their ears amid cries of "Gau Mata Ki Jai". 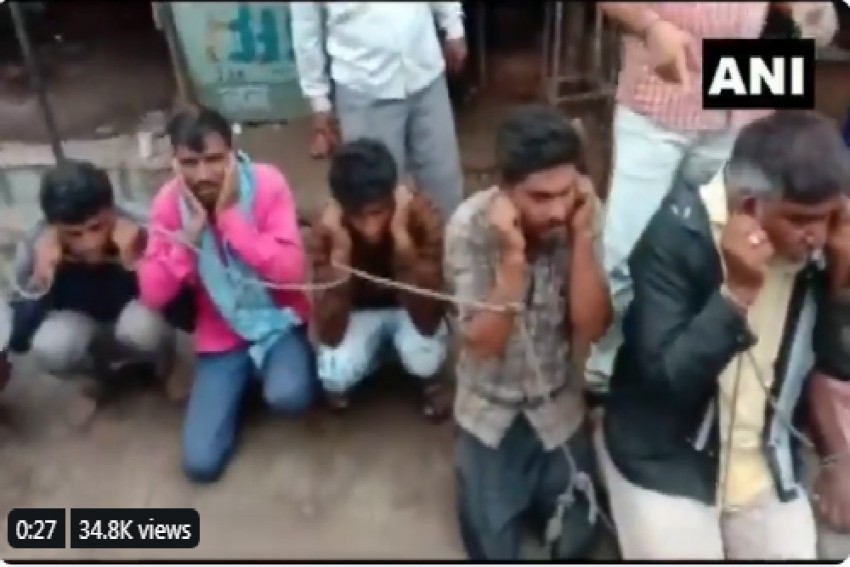 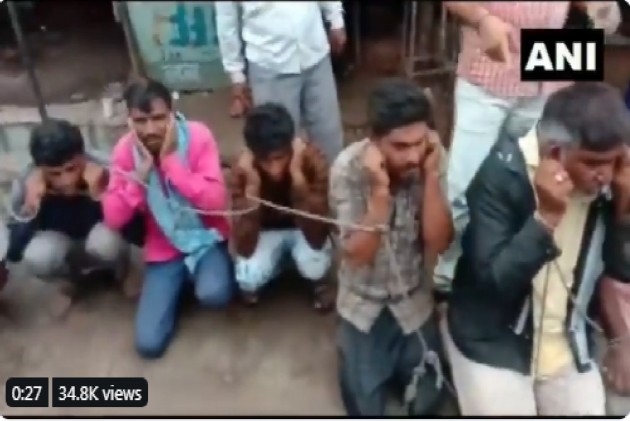 Over 100 villagers tied 25 people with a rope and paraded them through a two-km stretch to a police station in Khandwa district of Madhya Pradesh on Sunday for allegedly transporting cows to Maharashtra, police said.

A video of the purported incident showed several villagers carrying sticks and forcing the alleged cattle-transporters to do sit-ups holding their ears amid cries of "Gau Mata Ki Jai".

The incident happened in Sanwalikheda village in Khalwas area, about 60 kilometres from the district headquarters, a police official said.

"We have booked the people ferrying the cattle for doing so without requisite permissions. We have also lodged a case against the villagers, including farmers, for ill-treating those booked for unauthorised cattle transport," Khandwa Superintendent of Police Shiv Dayal Singh told PTI.

"Villagers brought the group transporting cows to our police station. We seized 21 trucks used for the purpose. The cows have been shifted to a shelter. They were taking the cows from Harda district in MP to Maharashtra," said Inspector Harishanker Rawat of Khalwas police station.

The incident comes a day before the start of the Madhya Pradesh Assembly session in which the Kamal Nath government is likely to table an amendment in a law to curb violence in the name of cow protection.

The move to amend the law, cleared during the previous BJP government, came after a Muslim man and woman were beaten up on suspicion of carrying beef in MP's Seoni district in May.