12 Days After Cyclone 'Fani', No Electricity In Puri District

The entire power infrastructure in Puri district has been devastated in the cyclone which damaged 75 towers of 220 KV and 25 towers of 132 KV. 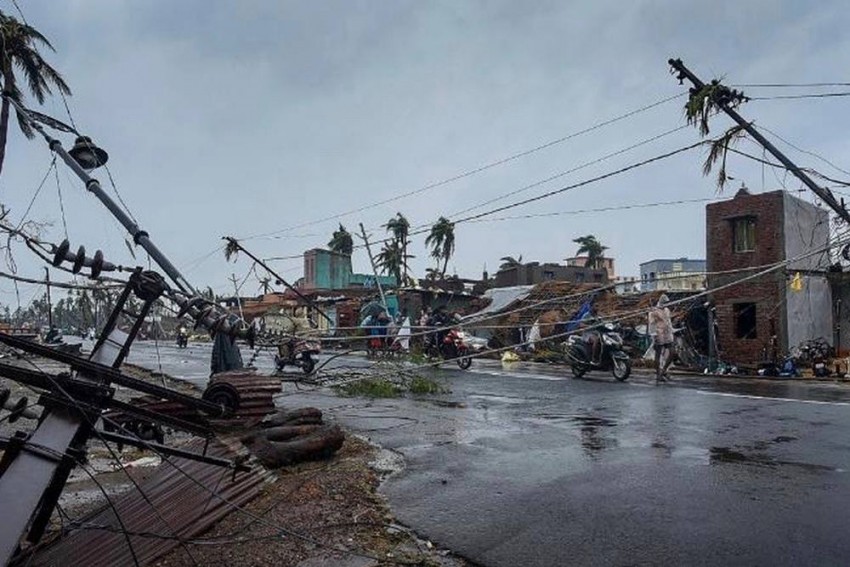 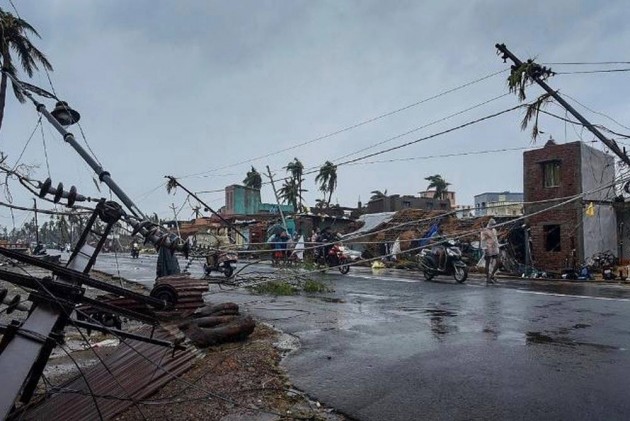 Entire Puri district and hundreds of villages in other districts were without electricity even 11 days after the cyclone 'Fani' devastated coastal Odisha, killing at least 64 people, officials said.

People in many parts of the coastal region hit the streets on Tuesday demanding power restoration.

Puri district bore the maximum brunt of the cyclone which made a landfall in Odisha on May 3.

"We have restored power in most places except Puri district. Restoration of power in Puri is a big challenge," Information and Public Relations Secretary Sanjay Singh told reporters in Bhubaneswar.

Asked about power restoration in 18,168 affected villages and 52 urban local bodies, Singh said, "The state government is taking all out efforts to restore the power supply to all consumers."

He said 73 per cent of consumers in Cuttack and 70 per cent people in Khurda have already been provided electricity.

"At least 524 teams have been engaged to give power supply to 29,01,171 consumers of severely damaged Puri district. The first phase of power restoration in Puri town will commence from Wednesday," Singh said.

The entire power infrastructure in Puri district has been devastated in the cyclone which damaged 75 towers of 220 KV and 25 towers of 132 KV, official sources said, adding that the Power Grid Corporation of India Limited (PGCIL) has been entrusted to rebuild the 220 KV towers in the district.

"One 132 KV tower has been damaged on Chandaka-Puri road. It will be restored by ERS. As some of the broken towers are located in waterlogged areas, it required more time for restoration," Singh said.

The state government has requested the NTPC to take up work at four places in Puri district.

The NTPC has deployed 950 trained workers in cyclone-affected areas such as Puri, Khurda, Jagatsignhpur and Kendrapara district.

An 11-member inter-ministerial central team led by Vivek Bhardwaj, additional secretary in the Home Ministry, continued its damage assessment for the second consecutive day in Khurda, Puri and Cuttack districts.

"We have interacted with the people and they informed the team about losing the means of livelihood. We will see how the central government can help them," Bhardwaj said, adding that the team will wind up its tour Wednesday.

Meanwhile, Bharti Airtel said that its teams have worked on war footing to restore 90 per cent of the affected network in areas in Odisha.

"People are experiencing near normal voice and data connectivity over the Airtel network in the worst affected areas in Khurda, Jagatsinghpur, Puri and Cuttack. Both Airtel and nearly 6 lakh non-Airtel users (through ICR) are benefiting from these efforts," Airtel said in a statement.

To further bolster the relief efforts, Airtel has also offered free SMS facility in the affected areas and have set up camps in major locations where mobile users can charge their devices to get connected to the Airtel network, it added.