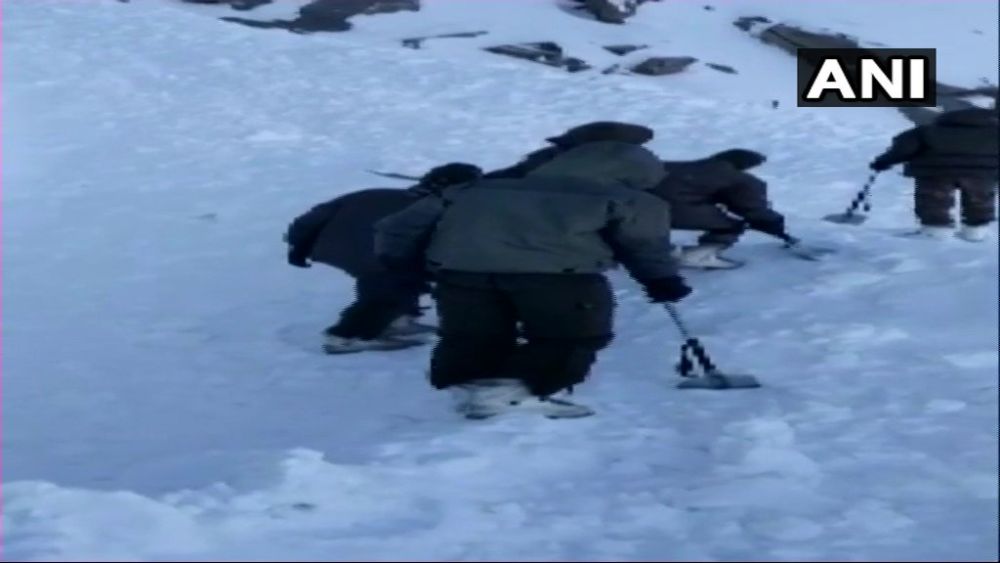 Three persons were killed and seven others were missing after their truck came under an avalanche in the Khardung La area of the Ladakh region of Jammu and Kashmir on Friday, officials said.

The avalanche hit the truck carrying 10 persons at the Khardung La pass in the Ladakh region at 7 am, an official of the Border Roads Organisation (BRO) said.

The BRO pressed into service its men and machinery to rescue the passengers of the truck, who were believed to be trapped under the debris, he added.

"So far, the bodies of three persons have been recovered from the avalanche site, while a search is on for the other missing persons," he added.

Sonum Lotus, Director of the regional MET Office, said the snowfall will gradually become heavier and stronger in intensity till January 23rd.

Divisional administration have warned people not to move around in avalanche prone areas, store enough edibles and other essentials as both surface and air connectivity is likely to remain disrupted during this period.

Srinagar recorded minus 0.7 degrees Celsius, Pahalgam minus 10.3 and Gulmarg minus 10.0 as the minimum temperatures on Friday.

Leh and Kargil towns recorded minus 15.6 and minus 19.2 degrees Celsius.