The new A6 gets A8-inspired styling, a host of tech inside and 3.0-litre engines with mild-hybrid technology

Just a few days after it broke cover, the 2019 Audi A6 has made its global debut at the 2018 Geneva Motor Show.

Without beating around the bush, let’s dive into the details right away.

The new, eighth-gen A6 has literally grown up. It is now 7mm longer, 12mm wider and 2mm taller than its predecessor. The wheelbase has also gone up by 12mm and now stands at 2924mm. Even though the increment in dimensions isn’t significant, Audi claims that the headroom, legroom and shoulder room are superior than its predecessor. However, the luggage carrying capacity remains unchanged at 530 litres. 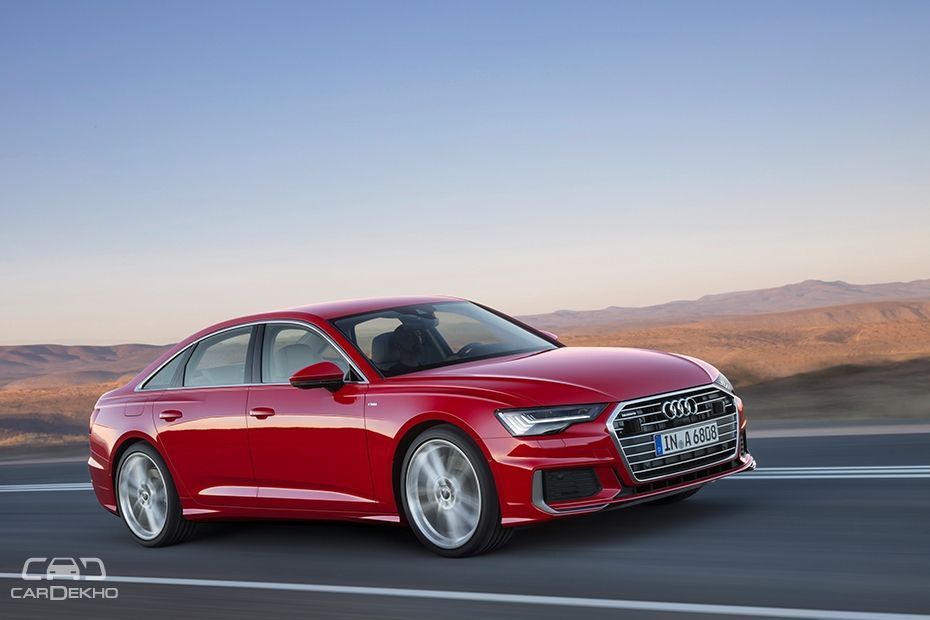 The 2019 A6 sports Audi’s new design language which is in line with the one seen on the new A7 and the A8 (both these cars haven’t been launched in India yet). It gets a large hexagonal grille dominating the front fascia flanked by new, sharply styled LED headlights. The bumper has also been redesigned and now houses large airdams. All these elements lend the new A6 a low-slung and aggressive stance. The side profile looks largely clean as the shoulder line runs only on the front and rear ends of the car and the scooped out lower half gives it a slightly chiselled look. Wheel sizes on the new A6 range from 17 inches to 21 inches whereas its predecessor got 18-inch units. 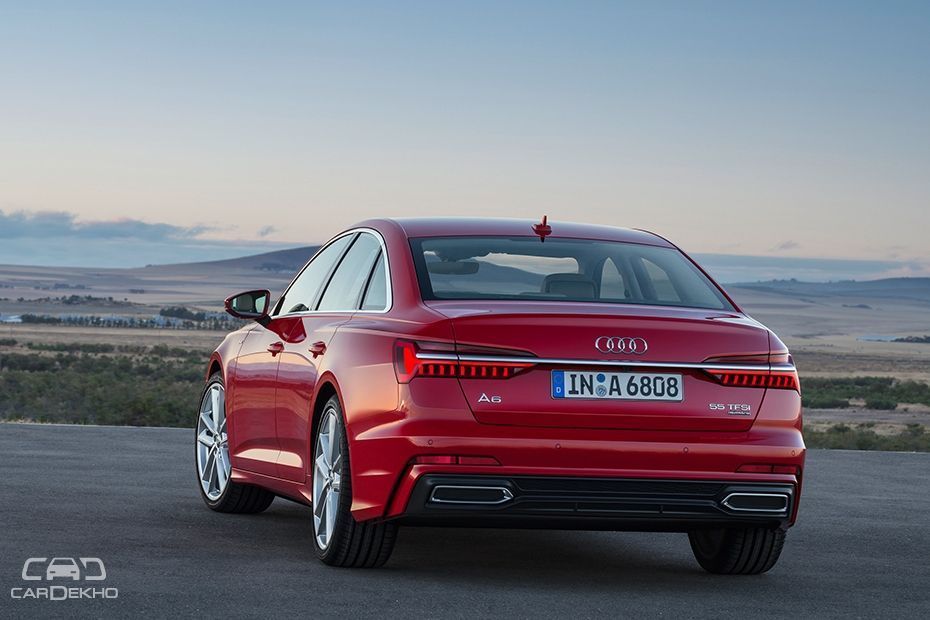 Like the front, the rear of the A6 also resembles the A8’s. However, it gets a chrome strip running across its width instead of the LED element that connects the LED tail lamps on the A8. The rear bumper is also redesigned and houses a rear diffuser with hexagonal faux exhaust tips to give it a sporty look. 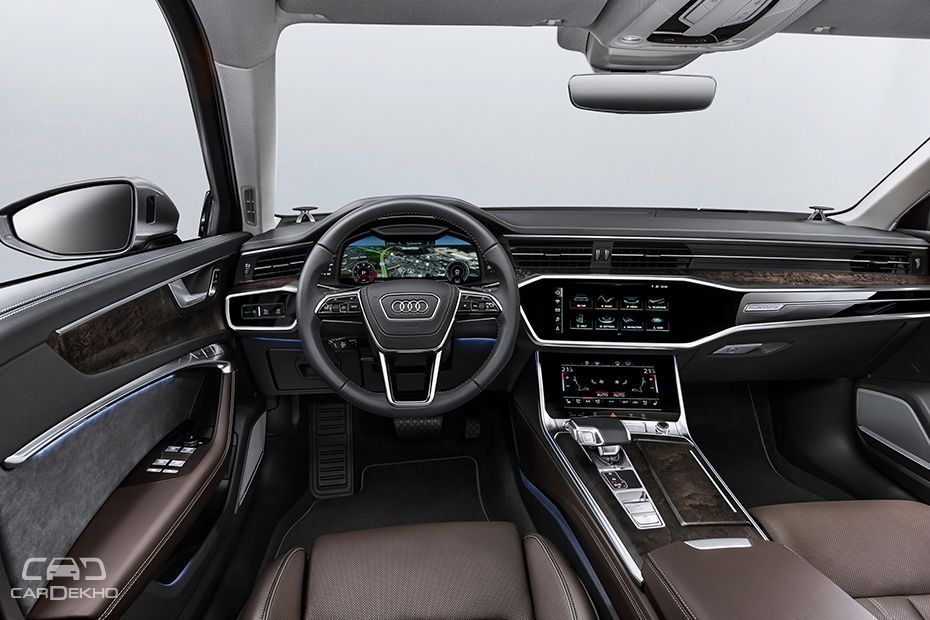 On the inside, the A6’s cabin is no different from other modern Audis. It is minimalistic and loaded with features. The centre of attraction is the dual-screen setup. The first one is a 10.1-inch infotainment touchscreen which disappears into the gloss black dashboard when switched off, while the second 8.6-inch screen sits at an angle on the centre tunnel console, replacing old school buttons for the climate control and other functions. Needless to say, the A6 gets a 12.3-inch virtual cockpit and a heads-up display that projects important information on the windscreen. 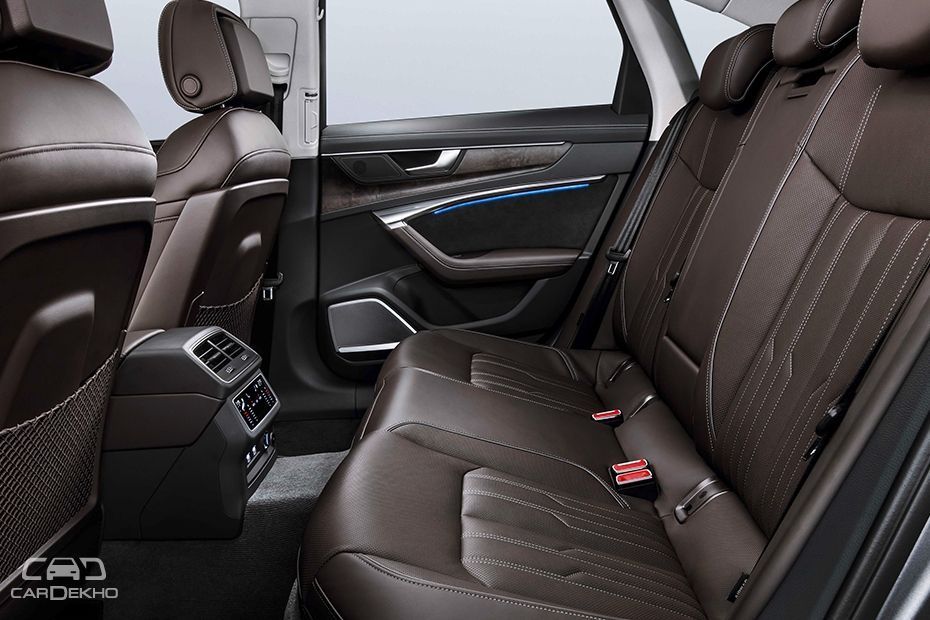 This time around, Audi has also equipped the new A6 with various driver assistance systems which are divided into three packages.

First is the Park assist package which includes parking pilot and garage pilot that can manoeuvre the sedan in and out of a parking space or garage without the driver’s intervention (driver is not required even inside the car). Second, the City assist package boasts crossing assist (a system that detects traffic crossings and applies brakes accordingly) and the third one is the Tour assist package that has adaptive cruise control, lane keep assist and efficiency assist.